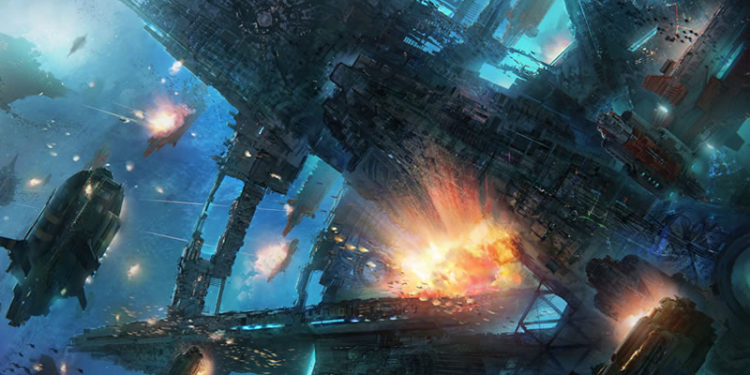 Have you been wondering what all the excitement about Starfinder is, but haven’t had a chance to check it out? Here’s a quick look at Starfinder that might be helpful if you are wondering if your table might be interested in exploring the Pact Worlds together.

Starfinder is a science fantasy RPG, set thousands of years in the future of the Pathfinder campaign setting, after an event called “The Gap” where the planet Golarion disappeared. Players take on the role of being a member of a starship crew who explore a galaxy of adventure. While Starfinder is built on Pathfinder, both in its d20 based game mechanics and with a shared setting/universe. However, Starfinder isn’t simply Pathfinder with space rules. This futuristic take on the fantasy genre makes it very much its very own game. Starfinder draws inspiration from many other science-fiction and space opera franchises, such as Star Wars, Alien, and Guardians of the Galaxy, but doesn’t forget its fantasy roots.

Paizo first dipped into the science-fiction genre back in 2012, with the successful Distant Worlds supplement to Pathfinder. Five years late, Paizo debuted Starfinder at last year’s Gen Con. The team brought along more copies of the core rulebook than it had for any product launch in its history and sold through them all in a single day. Since it’s release in August 2017, Starfinder has expanded to three adventure paths and has released a ton of other books and accessories to support the game. 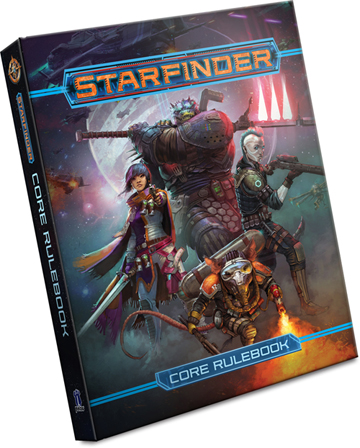 Strap in and blast off! The Starfinder Roleplaying Game puts you in the role of a bold science-fantasy explorer, investigating the mysteries of a weird and magical universe as part of a starship crew. Will you delve for lost artifacts in the ruins of alien temples? Strap on rune-enhanced armor and a laser rifle to battle undead empires in fleets of bone ships, or defend colonists from a swarm of ravenous monsters? Maybe you’ll hack into the mainframe of a god-run corporation, or search the stars for clues to the secret history of the universe or brand new planets to explore. Whether you’re making first contact with new cultures on uncharted worlds or fighting to survive in the neon-lit back alleys of Absalom Station, you and your team will need all your wits, combat skill, and magic to make it through. But most of all, you’ll need each other.

This massive 528-page hardcover rulebook is the essential centerpiece of the Starfinder Roleplaying Game, with rules for character creation, magic, gear, and more—everything you need to play Starfinder as either a player or Game Master! The next great adventure in science-fantasy roleplaying takes off here, and the Starfinder Core Rulebook is your ticket to a lifetime of adventure amid the stars!

Inside this book, you’ll find: 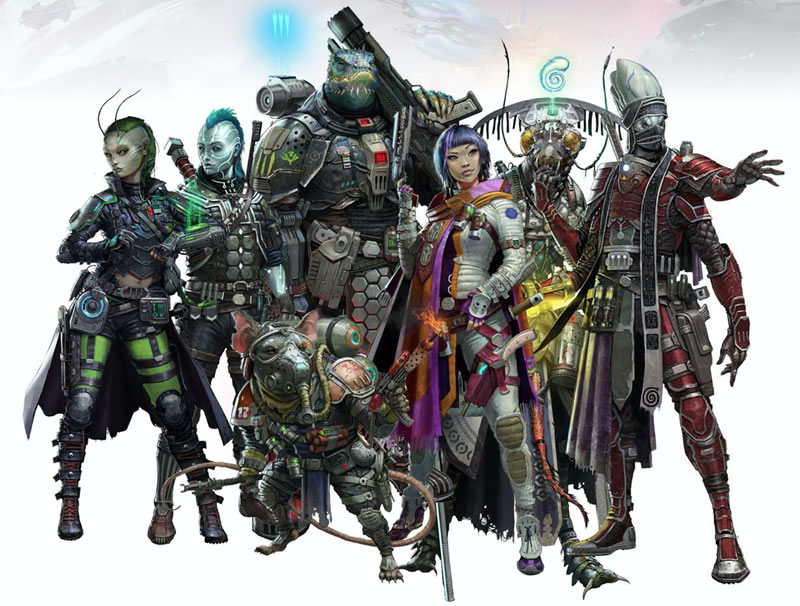 Back in 2017, reviews were happy with Starfinder’s streamlined rules, including the starship combat rules and the expansive setting itself. Let’s take a quick look at Starfinder.

Starfinder has seven core classes which provide a variety of play styles.

Starfinder has many of your traditional fantasy races found in Pathfinder and new alien species. 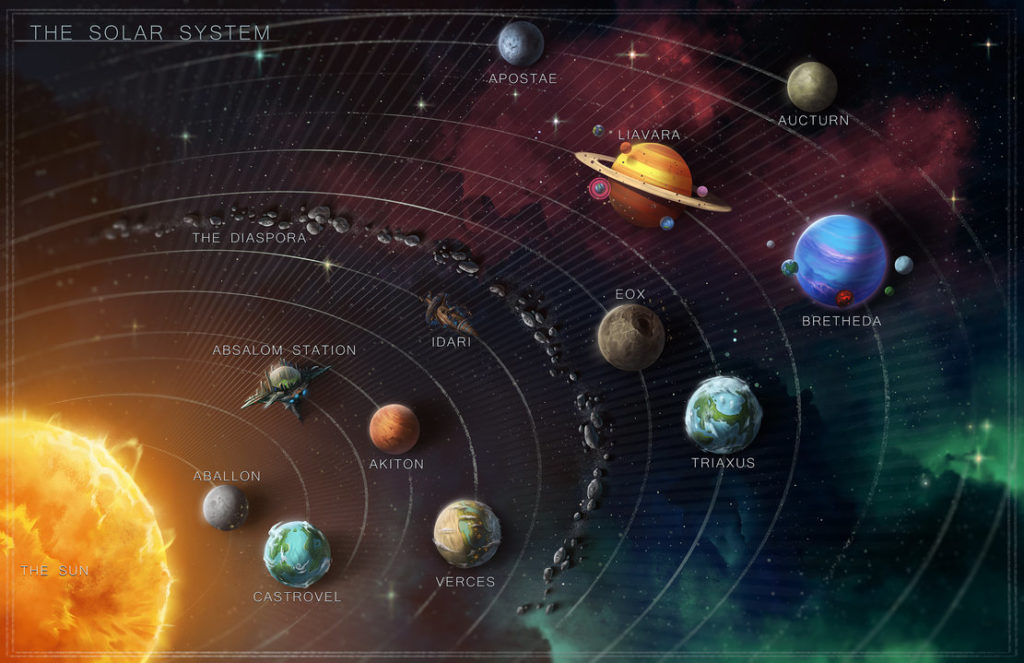 October 2017
“Battle or befriend more than 80 bizarre life forms in this creature collection for the Starfinder Roleplaying Game! Every new world and space station comes with its own dangers, from strange new cultures to robotic killing machines to alien predators ready to devour unwary spacefarers. Inside this book, you’ll find rules and ecologies for creatures from across the known worlds, plus alien equipment and more. A robust system for creating your own creatures ensures that your parties never be without weird new aliens to fight or trade with, and racial rules for many of the new organisms let you be the alien, making Alien Archive not just a collection of creatures to kill, but a fascinating menu of creatures to be! Want to play a hyperevolved floating brain? A mighty dragonkin? A silicon-based crystalline slug?”

March 2018
This setting book goes into greater depth, providing additional details on the central planets present in the main setting as well as some of the factions. You’ll also find new races, there’s also some new spells, themes, items, archetypes, and feats.

“The Pact Worlds are the beating heart of the Starfinder campaign setting, a solar system full of citizens both familiar and bizarre. From the cosmopolitan corridors of Absalom Station to the carnivorous jungles of Castrovel or the floating cloud-cities of the gas giant Bretheda, this hardcover rulebook is your guide to Starfinder’s core worlds and civilizations, and the perfect place to launch any adventure.”

There are three adventure paths for Starfinder in various states of release and development.

One Dozen Disguises to use in your ...