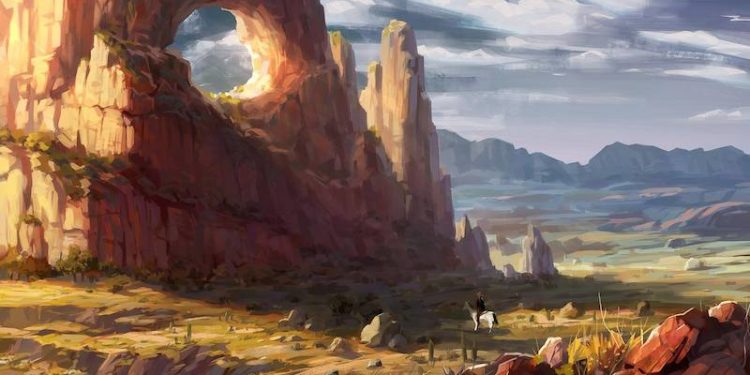 So… I have this adventure that I’ve been working on. Like a long time. It just sits in my google drive, and I’ve even played through it once. Everyone had fun. I think. It’s a wild west D&D 5th edition adventure that involves time travel – a big cavern – and a curse.

Of course, I named it the Cursed Cavern of Time. I didn’t realize at the time that the adventure would actually sit in a cavern (google drive) forever and curse me to never finish it.

I’ve talked about the setting, and writing it to some people. but yet it just doesn’t feel right. I’ve drawn maps and doodled out the NPCs. I tried to give the adventure several different paths with different outcomes based on choices… but it just sits there. unfinished, and ever changing.  I know that if I ever do let it see the light of day, then it will get closer to being “alive.”

Shawn told me I should just put it up here. A little bit at a time, and get some input. That was 6 months ago. Today, I decided to see if my little adventure could walk. I’m going to let it out of the cave and hopefully you can read through this mess, and throw some stones at it. I’d rather hear a lot of criticism and things that I did wrong. Really. So here we go…

The Lost Cavern of Time

What can go wrong, will probably go wrong

They always played farther and farther into the forest. Always being scolded & punished when they returned home, “For the thousandth time, you boys don’t go in them woods!” They didn’t listen, and then the boys discovered the cave and treasure. A golden scepter that turned their world upside down.

“There are really four dimensions, three which we call the three planes of Space, and a fourth, Time.”

The adventurers start out in their choice of setting gathered together after a big mission. They have received word from friends that there is need from them. A new gang in the city has been established and strong arming some very powerful politicians. One of the politicians wants to hire the troubleshooters to help alleviate the problem. They are meeting an arbitrator at a public restaurant. If they decide to go to the meeting, then during dinner, the adventurers are transported away… by the Wizard Frittz and Orōx the Beholder!

Fritzz is a notorious problem in the City of Grimsby. A port city on the outskirts of a newly discovered residium boom in Longsdale. Fritzz has been using a cavern under the Cumberland Mountain near Longsdale to store the loot he has been accumulating from the wealthy, along with his compatriot Orōx.

Orōx is a beholder that Fritzz has befriended and is helping. Orōx was alone in the mountain for a long time until Fritzz found him. A really long time. Now Orōx has been gathering resources and persons to defend his mountain home since Fritzz has been his ally. 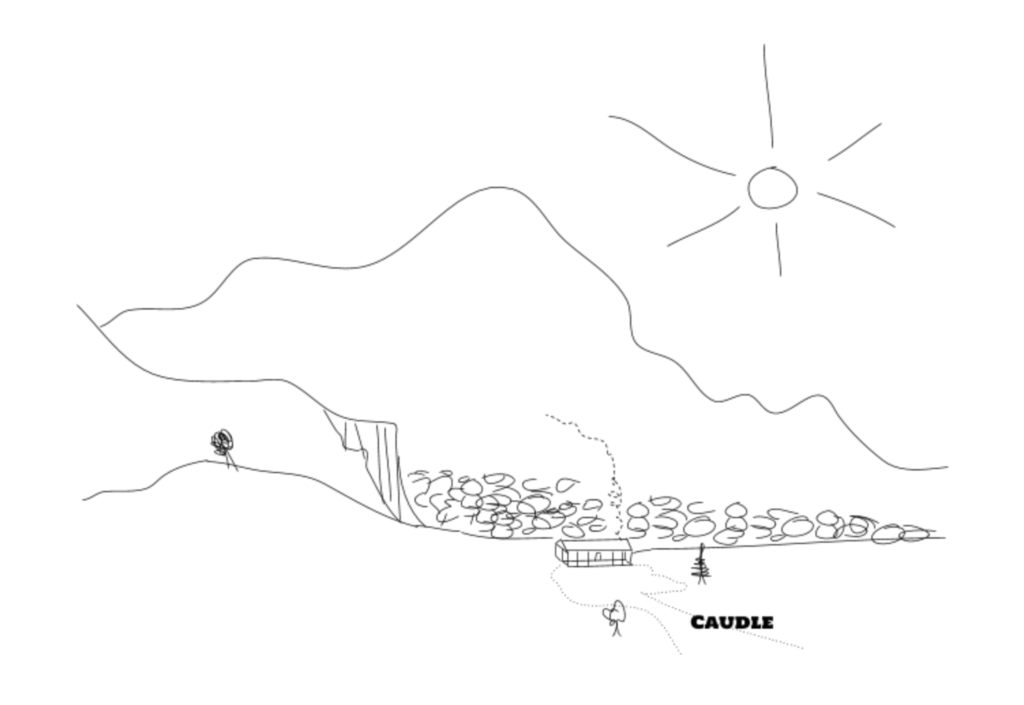 On the way to Longsdale from Grimsby is the Caudle Homestead. The ranch takes up an entire valley at the base of the Cumberland Mountain. The Cumberland Mountain has a mine used by residents of Longsdale to mine precious Residium. The Caudle family raises cattle and is ~14 miles away from Longsdale. At the end of every Summer they drive their cattle west, and sell a large part of their herd at the large port town of Grimsby for profit.

The two youngest brothers in the family, Marcus & Alby, have been exploring & playing in the nearby forest after chores. The forest is on the outskirts of the ranch that expands around the southern base of the Cumberland Mountain and separates their ranch from the town of Longsdale.

Recently they discovered a small cave that has a large fissure in one of the cave walls. Within the fissure there is a small cubed room with smooth white white walls. There a several doors and a maze of twisting tunnels with several rooms. The boys were so excited and would explore the dark tunnels, and hide from the humans that walked about. Being careful not to be spotted. The two brothers kept all of this a secret and have been returning at the end of a day full of chores, exploring the maze of corridors, and finding a golden scepter in one of the rooms. It was all so fascinating and new, and it all so abruptly ended when Alby was dragged away… by a large creature with feathers on his head and claws on his hands.

Marcus ran back to the farm horrified, and silent but without his brother. He thinks he must be dead. It has been nearly a week, and the Caudle family has been looking for the lost boy, and they’ve just about given up hope of finding him.

Your Adventuring Group was transported away during dinner while talking to the politican’s arbitrator.

A large flash of light, and darkness.

Then a single point of light, and the group lands heavily inside a strange chamber with multicolored cables and a giant shining gem in the middle of the chamber. Everyone is weakened and barely able to move a finger, while they lay on the ground.

There are viewing ports on the walls of the chamber and a large eye in one, and a human face in another. The large eye moves side to side and a strange silly voice emits behind the wall. “What are these!? Get rid of them! That’s not what I wanted” 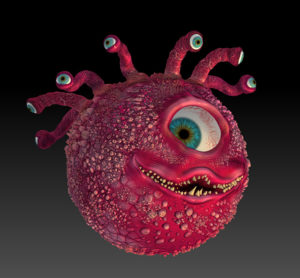 The human face rolls his eyes and looks down. A metal grinding sound is heard, and the giant shining gems flashes quickly, and the group is transported again… to Grimsby. But without any of their belongings. Orōx and Fritz kept those. 😉

I have more details with writings about each area, but this is the setup for the adventure. The main NPC they meet when they plop down in an alleyway of the town of Grimsby is the Sheriff. There are wanted posters in his office, and one that quickly catches the party’s eye. Frittz.

The major locations are the towns of Grimsby & Longdale. The Caudle farm. The Forest. And the Cavern. I also have random encounters for each of those except the farm.

The adventurers have been transported through time & space, and I have all of this in a wild west setting. but that doesn’t mean that you have to do that. I’ve made it loose enough that you can keep it High Level Fantasy with the introduction of pre-civil war era firearms. Or simply a Wild West with magic.