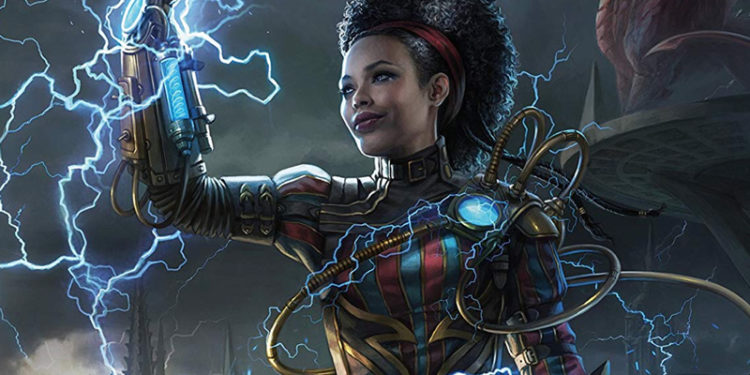 Not sure if this is a accidental leak by Amazon before tomorrow’s official announcements from WOTC, but Guildmasters’ Guide to Ravnica is listed as an upcoming hardcover release on November 20, 2018. Magic: the Gathering‘s Ravnica is a worldwide cityscape covering an entire plane with an Eastern European vibe. The setting was first seen back in 2005 in the 36th expansion set for M:tG called Ravnica: City of Guilds.

Here’s the blurb and cover from Amazon’s US site.

A perpetual haze of dreary rain hangs over the spires of Ravnica. Bundled against the weather, the cosmopolitan citizens in all their fantastic diversity go about their daily business in bustling markets and shadowy back alleys. Through it all, ten guilds–crime syndicates, scientific institutions, church hierarchies, military forces, judicial courts, buzzing swarms, and rampaging gangs–vie for power, wealth, and influence. These guilds are the foundation of power on Ravnica. They have existed for millennia, and each one has its own identity and civic function, its own diverse collection of races and creatures, and its own distinct subculture. Their history is a web of wars, intrigue, and political machinations as they have vied for control of the plane. 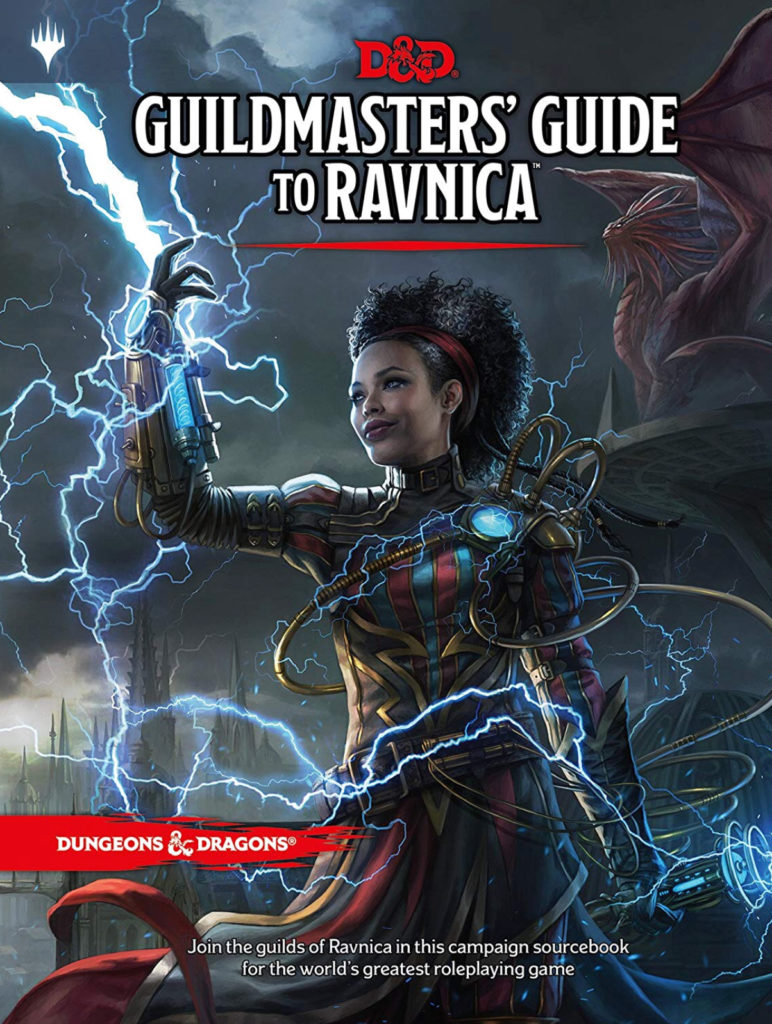 There are a ton of expectations from many existing fans about what settings they hope to see this fall. I don’t think this is going to make as many existing fans happy as getting Dark Sun, Eberron or Planescape, but it could expand D&Ds audience and pull in many new players and even DMs. I’ll be waiting until the official announcements tomorrow before I get too worked up about potentially missing out on a chance to see my favorite settings (Dragonlance and Eberron) with 5e support finally.

What does everyone thing about getting more support for Magic: the Gathering as a setting? Are you worries this will cut other D&D settings from seeing 5e support?