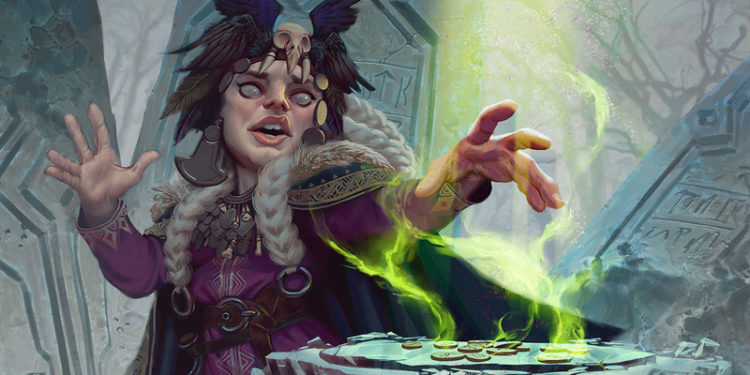 Gnomes. I never really got this race. They always seemed like magical halflings and I struggled to find a way to play them in my games as anything other than that. But while they share many characteristics as halflings, gnomes differ in their sheer delight in living. This enthusiasm can be the core of character motivations for gnomes, whether they be heroic or villainous.

So let’s define what I mean by enthusiasm. It’s helpful in this case to look to the origin of the word. Enthusiasm comes from Greek, literally meaning “in god essence” or being possessed by a god. This divine frenzy is closer to what I mean when using enthusiastic to describe gnomes than the more modern sense of “keen interest”.

To call gnomes as being in a constant state of frenzy is quite accurate. Even at their calmest, their minds are constantly buzzing, observing the world, collecting the data and then spinning it into a new creation.

Because of the sheer range of possibilities and archetypes that gnomes can play into, it might be good to choose one as a rough template when first creating a gnome character. Some to get you started are:

Each of these can be applied to each of the classes by extending their core motivations and coloring them with the flavor of the class.

For example, let’s make a gnome barbarian and call her Wixy Womparat. We decide to make her something of a mad scientist. How can that work if she’s a barbarian?

Barbarians still have knowledge even if they aren’t a “scholarly” class. They know how to smash things, how to call up spirits, and more. Every class represents a collection of specialized knowledge that is used by the player character to navigate the world.

Wixy is obsessed with perfecting her technique. She can list the 527 ways she has found to smash a goblin skull, and the exact amount of pressure needed to pop a dislocated shoulder back into place. Not only that, she experiments. Each battle is a test of her own strength against the world.

Will her flying roundhouse kick into a double ax whammy work this time? What happens if she just breaks the mayor’s kneecaps instead of agreeing to hush up his involvement in the local smuggling ring? Just how much can she really lift?

When gnomes decide they want to do something they do it all out. They’ll even go so far as to do something for the drama of it alone. It’s not enough to ambush somebody. They have to make it a whole theatrical event.

Gnomes are risk-takers, cheerfully taking in stride the failures as they bounce ever forward to the victories. Gnomes make really fun characters to play because Dungeons and Dragons is a game that rewards boldness.

See a dragon on the horizon? Charge it and see what happens! Sure you might fry, but the story that comes from that will always be remembered as being epic.

To quote the great Ms. Frizzle:

So now that we’ve established that enthusiasm is a good baseline trait for gnomes, let’s look at the subraces.

Forest gnomes play more into the trickster archetype with a knack for illusions and spells. They are also the most connected with the Fey and so could be played as somewhat otherworldly. Gnomes are natural revolutionaries, whether that be in the sciences, in politics, or arts, and forest gnomes are the most adept at generating and riding the wave of change.

The minor illusion cantrip that they get can be very powerful in the hands of a clever player. Illusion spells offer the greatest potential power to shape the world as a player character on a round-to-round basis. Yes, they might all be in your head, but if you can get the illusion convincing enough, you could do things like make people think you are a rich and powerful lord, or that a dragon is just around the corner. Illusions are often limited only by the player’s imagination.

Also, you can talk to squirrels. How awesome is that!!

Deep gnomes are the Eeyores of the gnome world. Grumbling and gloomy and yet still possessing a certain enthusiasm that perhaps borders on obsession. A deep gnome adventuring on the surface is there for a very specific reason.

Whether it is to find a new cultivar of mushroom or a new place to establish their clan, or maybe even to see if surface dwellers really are as attractive as the tales tell, finding a specific motivation for your deep gnome can help inform your character’s choices.

Deep gnomes believe in avoiding entanglements and not making enemies, a feat almost impossible to do as a hero. What if your deep gnome made that their mission? A deep gnome monk or paladin who is renowned for their impartialness could be sought out by kings and peasants alike to settle disputes.

Rock gnomes are the archetypal tinkers and inventors of the gnome world. This archetype is so much in their blood that every player character starts out proficient in tinker’s tools and can create clockwork devices.

You also get more than a passing understanding of magical, alchemical, or technological items. Consider how you got this knowledge and why you either did or didn’t pursue it further. A rock gnome fighter maybe learned the basics of engineering in gnome school and brings that to his love of blades and armor. He’s constantly designing, building and refining new and better armors.

For more guides to roleplay your favorite race, check them out here: elf, half-elf, half-orc, lizardfolk, human, dwarves, halflings, dragonborn, goblin. A new guide published each week. Comment with your favorite race and it might just be featured!