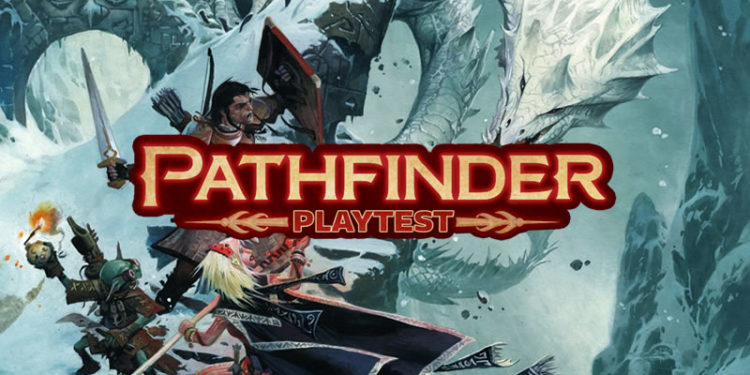 Okay, sure, I should be sleeping to recover from a very sleep-deprived weekend of LARPing. Such is my devotion to you, dear readers, that I am instead diving into the next chapter of the Pathfinder Playtest rules: Classes. We’ll be in this chapter for… probably a few weeks. If this is the first article in this series that you’ve read, I strongly encourage you to read my Disclaimer at the start of Part One.

The first two pages discuss the general form of classes. There are a few interesting pieces here: each class entry includes a half-page summarizing their gameplay and stereotypical roleplaying traits. It’s a bullet-point version of the flavor text in the 5e PH, which means it’s boiled down to something you can digest in thirty seconds. Strong marks for presentation here, balanced by arguable oversimplification. (That’s literally the first time I’ve accused PF of that.) On the whole, very good.

I glossed over the skill-training degrees in the first article, but it needs more discussion now. Skill proficiency comes in five grades: untrained, trained, expert, master, and legendary. Untrained gets you a modifier of level – 2. At trained, your level is your modifier, and every level above that grants one more point of bonus. As a result, a legendary proficiency is only as good as an untrained character five levels higher. It’s not a common use case, though, because you generally can’t become legendary at a skill until 15th level – so only a 20th-level character using an untrained skill matches you.

Their strongest resemblance here is – follow me through this irony – 4e. 4e understood, as PF does here, that if DCs scale up, untrained characters have to have that baseline level of bonus, or they’ll fall out of the d20 range of outcomes and there won’t be any tension in the scene. They even came to the same bonus range of +5 between untrained and fully-trained, though it takes awhile to get there. Here in PF – and we’ll dive still deeper into this when we get to skills – the bonuses matter a bit more because beating the DC by 10 nets you a crit success. There are also a lot of skill tasks that are trained only.

Weapon and armor proficiency operate on the same dynamic. What we see, then, is the radical rejection of bounded accuracy, to what we could call banded accuracy. There’s tension in the dice outcomes within a fixed number of levels (CRs, whatever) above and below your level. PF absolutely wants you to outgrow opponents. As we’ve seen in 5e, this approach also protects the viability of solo opponents by heavily thumbing the scales of hit frequency.

Introducing the alchemist as a core class is one of the big moves of PF, and I’m glad there’s a second Int-based class. (Or: why I’m so eager to see the mystic/psion enter official use in 5e.) The theme here is a bomb-throwing experimental madman. Let’s see what that means at base.

The rest of the alchemist class content here is 47 feats, of which you gain 11 over 20 levels. Making sense of them and their relative worth is daunting, particularly because so many of them reference other rules, such as specific alchemical items. Oh, hey, Enduring Alchemy is the answer to a lot of my questions about how to get good use out of Double Elixir and Alchemcial Alacrity – it moves back the expiration from the beginning of your next turn to the end of your next turn. That does seem like it would make that the only feat worth mentioning of that level, unless you’re sure the campaign won’t reach higher levels.

Obviously, the details of the alchemical item list and the Crafting system make a huge difference to the function of this class. I’m not covering it right now, just to follow the book’s chapter order. The key thing to know is that there are bombs, elixirs, poisons, and mutagens. Bombs and poisons are obvious in their purpose. Elixirs are buffs and curatives, and mutagens are much more potent buffs that carry drawbacks as well. Bombs and mutagens in particular are here to communicate the high-risk theme of the class. Your feat options let you specialize in a lot of different ways in these four types.

Let’s move on along to the barbarian. Man, the roleplaying notes here sound incredibly unpleasant to be around. Needs more focus on gigantic melancholies and gigantic mirth.

The core of the class is recognizable as the descendant of the 3.x/PF barbarian. Many of these features tell a story only to the person playing the character, because they do little more than modify the math. They don’t change the action or what it looks like in the narrative. The class relies on totems and feats to offer those kinds of changes.

The Animal totem is a shapeshifting rage machine. The animals you can choose from include some really strange choices alongside the more expected ones. Ape (Tarzan!), Bear (‘Etymology of Berserker” for $1000, Alex), Bull, Shark, and Wolf, sure. Cat… okay, you’re probably talking about great cats. Most people would have said Lion, Tiger, or Panther here, but sure. Deer and Frog? Um. Anyway, they’re resistant to the tooth and claw (piercing and slashing), which you’ve probably heard are red in nature.

The Dragon totem is a mightily Eberron-friendly idea, what with the barbarians of Argonessen. You qualify for a feat to use your dragon’s breath weapon, and you have no chill when insulted. Your rage damage becomes energy damage of your dragon’s type. I like this and would be fine with seeing it lifted for 5e.

The Fury totem is about not needing any external source for your power. Your Raging Resistance applies to all weapon damage. It’s bland, but sure, whatever.

The Giant totem is for people who love the Buster Sword and every other ultra-massive weapon out there. It’s still sluggish in your hands, so you’re trading 1 point of AC, Reflex save, and a bunch of other things for its extra damage.

The Spirit totem is either creepy or shamanic, with one foot in the land of the dead. You’re good at beating up ghostly things and your weapon deals positive or negative energy damage. Moreover, you’re resistant to negative energy damage and damage dealt by undead, so if you want to smash undead stuff, this is the place to be.

The Superstition totem is all about hating spellcasters. It’s a major barbarian theme, going back to 1e, and oh man do I hate it right to death. It’s here to justify being a jerk to other characters in your party. Their Anathema is accepting spells from allies. Like healing. They really need to just let you die and start a character with the very most basic survival instinct. Honestly, I would probably quit a game I was enjoying if the GM approved a new character with this totem.

The barbarian class feats are much more about offering new actions than the alchemist’s were, and there are a ton of feats locked to each totem. I already mentioned the dragon breath; there’s also dragon wings and full dragon transformation in that progression. I mean, that’s definitely rad, but only the Giant totem gets to match them for flashy awesomeness. Now we see that the Fury totem is about settling for all of the feats that don’t require a specific totem, not that there aren’t plenty of those.

My favorite thing in the whole class writeup is the actions unlocked by feats. I’m happy that barbarians get special, highly cinematic actions to support their style. Here again, there’s the unbelievable irony of a striking resemblance to 4e’s attack power structure and information presentation. Paizo adopting elements of 4e, the game that PF fans so roundly rejected, is just mind-boggling to me. Even so, I’m pleased that some of the right lessons from 4e are still getting learned.

That’s it for this week. Next time, we’ll continue into the bard, cleric, and (one hopes) the druid!