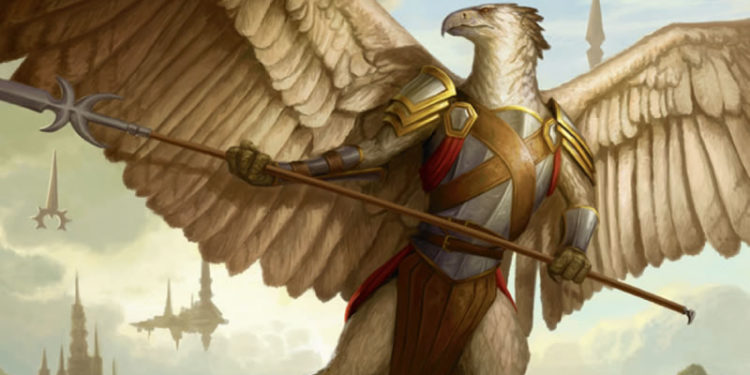 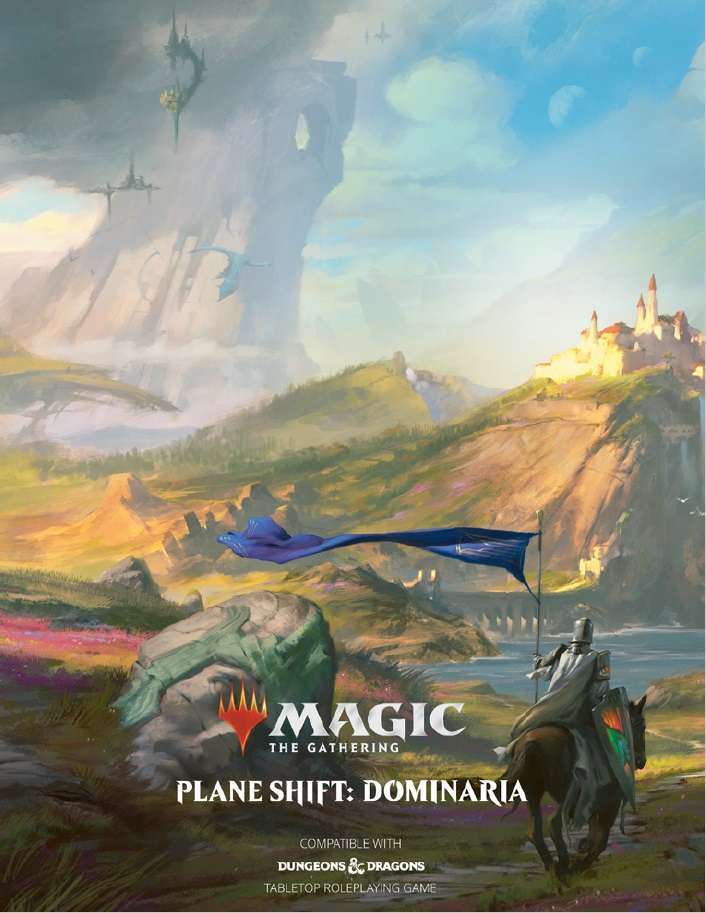 I missed this one when it first came out at the end of July, but another Plane Shift supplement has been released for free by WotC. Plane Shift: Dominaria was written by James Wyatt who is also authoring the upcoming Guildmaster’s Guide to Ravnica. Dominaria just came out back in April 2018 with the 78th Magic expansion.

Dominaria is an enormous plane where you’ll find numerous landmasses and islands separated by vast oceans. This supplement focuses on the focuses on the continent of Aerona and its environs, to present a setting to use in your next D&D game. The books divides itself using these domains to provides new races, backgrounds, villains and monsters. You’ll find info for creating Benalish, Serran, Tolarian, Vodalian, Cabal, Keld, and Llanowar adventurers.

From the lush forest of Llanowar to the frozen expanse of Keld, the lands of the Domains teem with intrigue, exploration, and war. Orcs and kobolds raid Benalish farms, dissident factions of Keldons plan war in defiance of their leaders, and the sinister Cabal worms its way into the fabric of society. The Seven Great Houses of Benalia and the elfhames of Llanowar try to maintain stability and order, the Church of Serra seeks to cultivate art and virtue, and the Tolarian Academies pursue an ever deeper understanding of the science of magic. For the most part, the merfolk of Vodalia just wish to be left alone, but they can’t ignore the ships crossing their waters—particularly the Cabal vessels sailing west from their Stronghold in Urborg.

Please note that the game mechanics in this supplement are ready for you to use in your D&D campaign but haven’t been fully playtested and can’t be used for D&D Organized Play.