Return of the Runelords Adventure Path Out Now 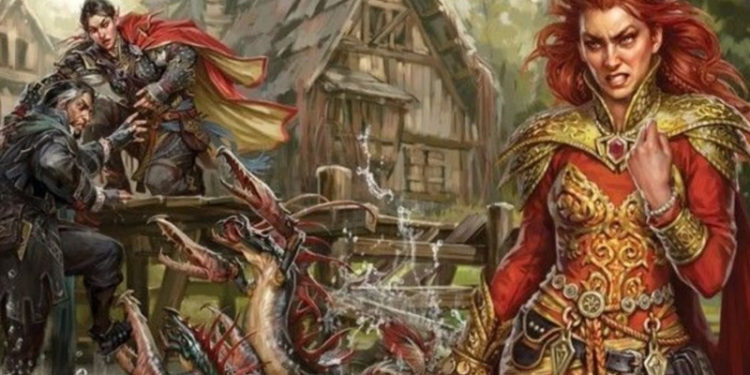 Here is the press release from last week.

REDMOND, WASHINGTON (September 20, 2018): Paizo Inc. is proud to announce the new Return of the Runelords Adventure Path, an exciting fantasy campaign that pits players against some of the most infamous and dangerous villains of the Pathfinder Campaign Setting. The Runelords, intimidating foes from Pathfinder RPG’s first Adventure Path published in 2007, make their dreaded return in a new six-episode adventure series starting with Secrets of Roderic’s Cove. Each volume is available for $24.99 at paizo.com and retailers around the world.

The all-powerful Runelords, near-immortal wizards who ruled Varisia in ancient days, stir to terrible life once more, surging across the frontier with plans to reignite their time-lost empire. Years ago, Pathfinder’s classic Rise of the Runelords campaign explored the return of just one of these terrible masters from the depths of time—now the rest of his scheming allies have returned, their brilliant minds turned solely to conquest!

“As development on Rise of the Runelords wrapped up over ten years ago, we started a tradition that’s lasted ever since—the inclusion of a tiny little message at the end of the sixth volume’s legal text. In Rise of the Runelords, this message simply read, “The runelords will return.” Likewise, in the sequel to Rise of the Runelords, the last volume of the Shattered Star Adventure Path teased, “Sorshen lives! Now, with Return of the Runelords, we finally get to see the payoff to these hidden messages, as well as wrap up the epic storyline that began with a now infamous goblin raid on the little town of Sandpoint.” – James Jacobs, Pathfinder Creative Director

Each full-color softcover Pathfinder Adventure Path volume contains an in-depth adventure scenario, stats for several new monsters, and support articles meant to give Game Masters additional material to expand their campaign. Return of the Runelords features longer adventures than most volumes, with the final installment being the longest adventure Paizo has ever run in an Adventure Path volume! This increased length allows the game to cover every level from 1st to 20th.

The Return of the Runelords Adventure Path includes six volumes: