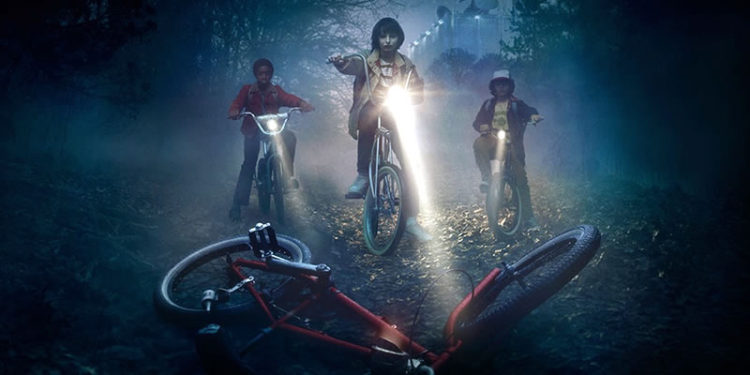 At New York Toy Fair 2019, Wizards of the Coast unveiled a Stranger Things themed Dungeons & Dragons starter set. Similar to the original 5th edition Starter Set, it has everything needed to get started playing the world’s greatest roleplaying game including dice, pre-gen character sheets, two monster minis, and an adventure.

The Stranger Things version of the starter set allows players “to experience the D&D adventure Stranger Things character Mike Wheeler created for his friends”. The set is available now for pre-order on Amazon for $24.99, with shipping slated for May 1st, 2019