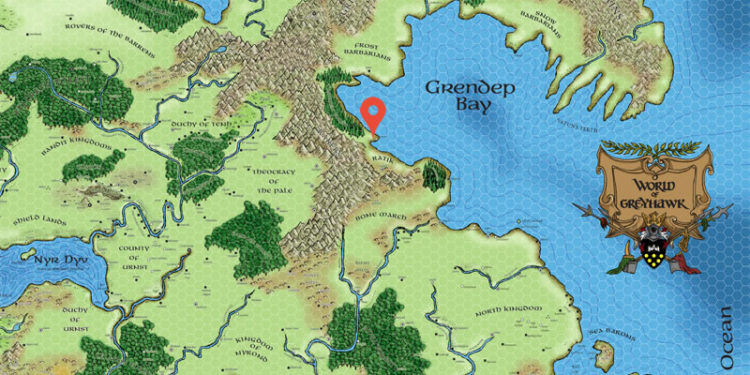 This week we delve into the town of Marner in the nation of Ratik, north east Greyhawk.

Notes about the region : 14 Lords rule over the Ratik area, each with noble manors in the city and fortresses in the country. Snow blankets the land each winter, and Humanoid raiders visit from the south each spring. There are several thousand Dwarves in Marner.

Ratik is wary of the former Great Kingdom’s agents, and those of the Scarlet Brotherhood. Marner has around 7,000 citizens. Well-guarded patrols to Nyrond deliver trade goods. Marner has wide streets and many fountains. Half the buildings are 2-3 stories high. 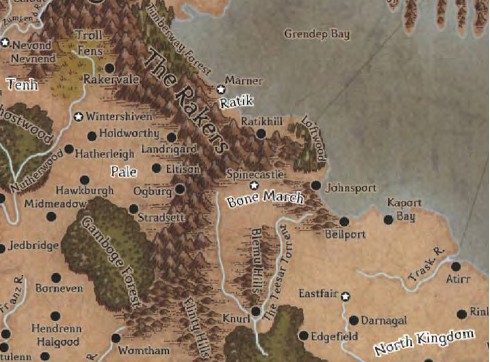 Guilds : Arcane Astarum guild, loyal to Ratik (allies with Nyrond) perform odd tasks for coin but have many times aided in defence of the city.

Temples : Procan temple on the east side is massive. Trithereon temple has two surface levels and two below ground levels. 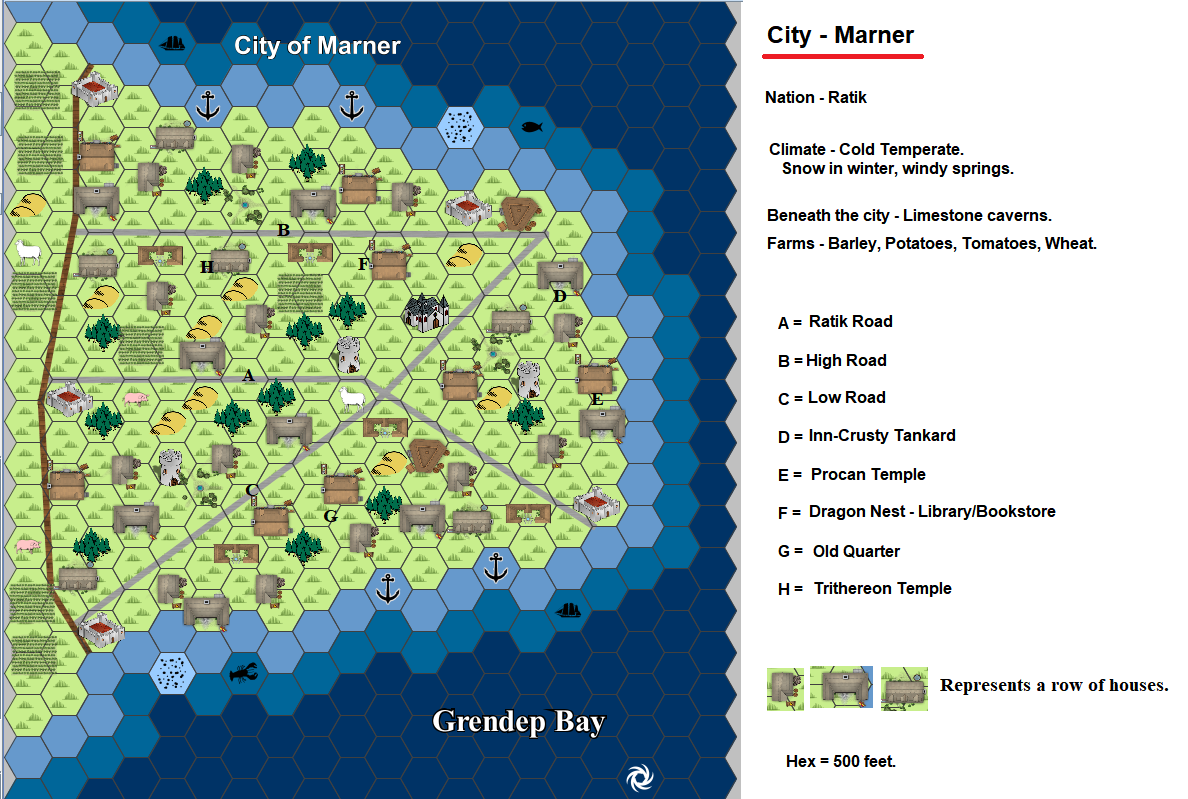