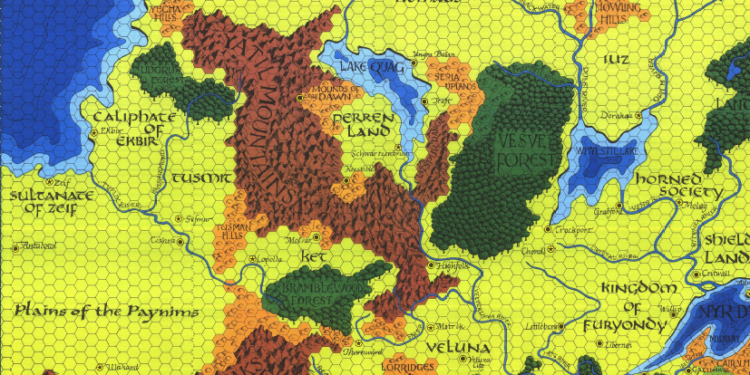 Notes about the region : Tiger nomads roam and ride the cold prairies of the north. Archery and horse riding are mandatory skills for all Tiger Nomads. Some progressive folk seek alliance with Wolf Nomads against Iuz and his fiends, but old rivalries die hard.

Most buildings in Yecha are tents or cabins, but there are five large forts. The town sits between seven hills. There are many Tieflings here. There are thirteen statues of the previous rulers (Khans) around town.

Guilds : Thousand Falcons – Archery guild, mark of status to be a member.

Temples : Beory, Istus, Incabulous. Istus shrine is an igloo made from cobblestones. 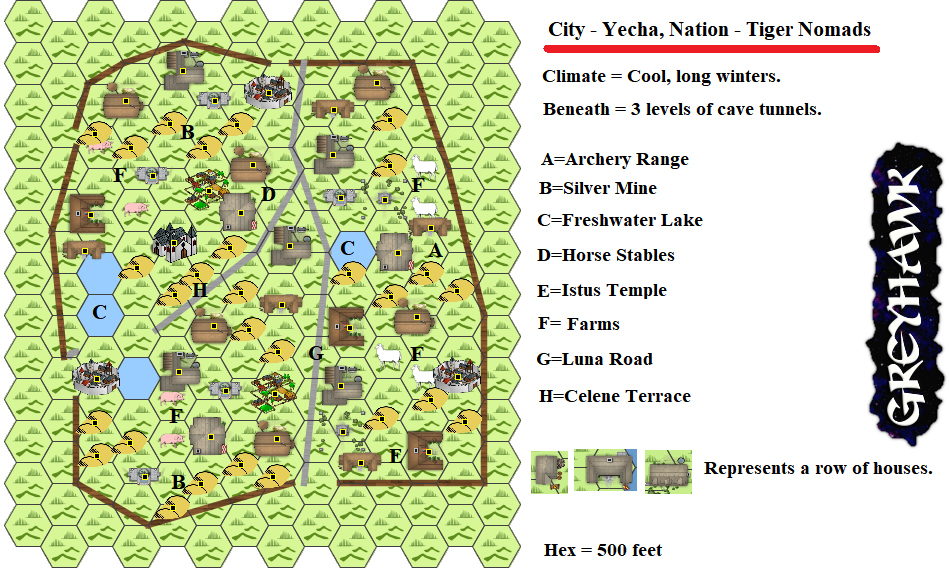 Other creatures in the area : Dust Mephits-trying to cover up they slew their summoner. Cloakers-Come out at night. Grick-very hungry for any sustenance.