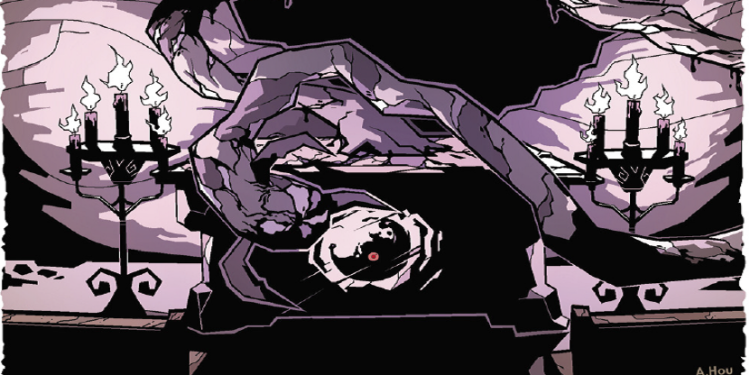 This week we visit a few shrines from the various deities of the Greyhawk pantheon.

These shrines are designed to be slotted into a region and visited during a game as a side trek or as part of a larger issue. They should fit into Greyhawk games regardless of time period.

Altar Description : A bronze statue of a man with six arms, each holding a different object. Oddly the statue feels warm.

Activities : Free servants and slaves from servitude around the area.

Watched By : Ehlonna Rangers-Allies. The Rangers have made many rope traps in the area.

Pay respect to the shrine : +2 vs Paralysis/Entanglement for 3 days.

Blaspheme the shrine : Quicksand where the blasphemer is standing.

Nearby Quest using From The Ashes boxed set : Dark Heart of Oak (7th)

Notable aware of the shrine – Bigby the Archmage of Mitrik.

Watched By : Vecna Cult. Keen to assess any valuable lore the shrine may hide.

Pay respect to the shrine : You immediately learn a useful secret.

Blaspheme the shrine : -5 (Disadvantage) to Int rolls for D8 days, if you fail a DC 16 Will/Wisdom save.

Notable aware of the shrine – Melf Brightflame, Prince of Celene.

Altar Description : Large limestone statue of a humanoid bat creature with three sets of bat wings and long rats tail coiled around the legs. The smell of rat poop comes from the floor.

Inhabited By : Halfling Clerics/Rogues. Eager for the day Raxivort will reward them.

Watched By : Ulla Church-Dwarves. Keeping the cult away from the mines.

Pay respect to the shrine : Suffer from Lycanthropy-Wererat. If you slay someone the curse is permanent.

Notable aware of the shrine – Timitrios Spartakos, Wizard of the Great Kingdom.

Title picture from Wrath of the Abyss, a Greyhawk adventure from Dungeon magazine, available at paizo.com