Cult of Iggwilv- I Want It All – Plot Two 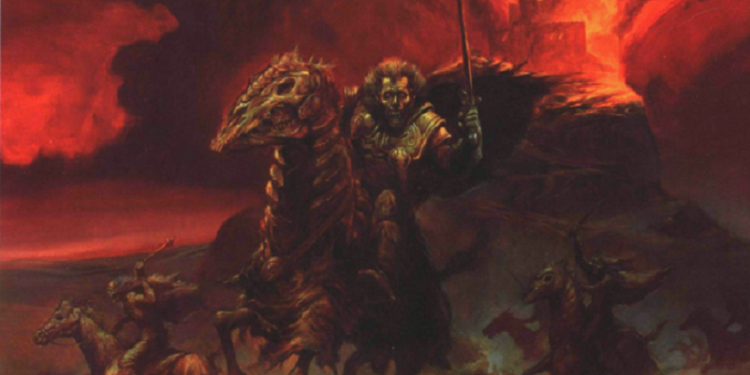 PC Recruiter – Bard Guild-Spy master. Travellers robbed in area, strange symbols showing up. May be part of something bigger or signs of worse to come. Find a pattern and the culprit. 500 gold pieces each. 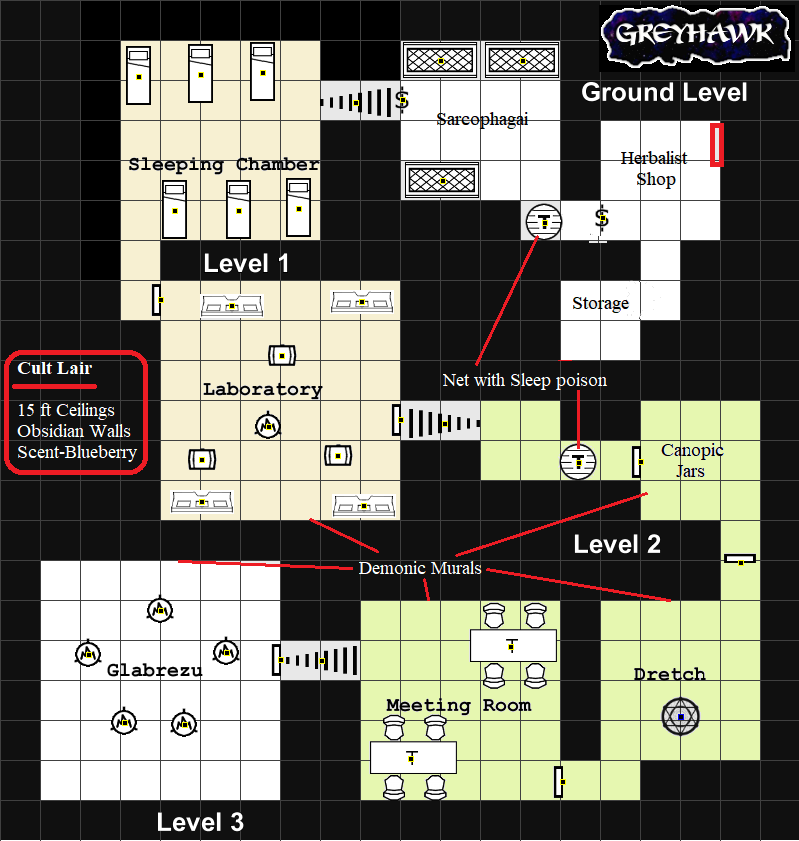 Sarcophagi – Player to the GMs left – Someone their character knows is in here, unconscious but alive. Ask the player who is this person, and how did they get here?

Canopic Jars – Player to the GMs right – Something they truly fear is in these jars. What is it? (this can make it up, as long as it’s not too gonzo).

Lair is different from the area because… Demonic idols in each room, plants in the area ooze blood.

Who is Iggwilv? : A ruthless and driven archmage, lover of Graz’zt (demonic lord), mother of the demigod Iuz, aka Tasha (Hideous Laughter) the Wizard. Iggwilv has been up to nefarious deeds for several hundred years already.

Overall Goal of Iggwilv : Remove rivals such as churches of Pelor and St Cuthbert, the Scarlet Brotherhood and cult of Vecna. Iggwilv sees the Bloodwar (eternal war of demons vs devils across the multiverse) as a tool for her to gain power. She has minions and lairs in many places, plans and backup plans.