D&D 1eDragonlanceHistory of the Classes 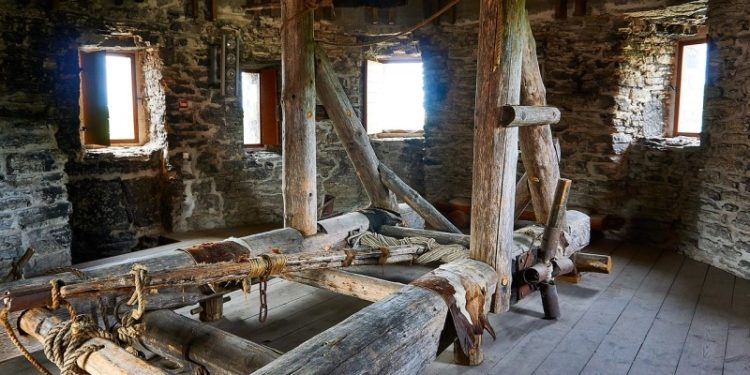 Thanks to the urging of my readers, particularly Episteme and Dave(s) 4 Goombella, I have to go earlier for the invention of the artificer. I’m looking to Official Advanced Dungeons & Dragons Dragonlance Adventures this time, with the tinkers, found only among the gnomes of Mt. Nevermind. I don’t necessarily plan to cover tinker gnomes of later editions, but if that’s something you want to see, let me encourage you to a) say so in the comments and b) consider sending me a copy of the relevant PDF.

The narrative through-line from tinker to artificer is a lot stronger than the mechanical one, but that’s little surprise for a 1e class. They’re about inventing things. Because it’s Dragonlance and Reorx cursed them, they’re about inventing things badly. I don’t think enough people talk about how a trip to Mount Nevermind has everything in common with a trip to the quartermaster in Paranoia, except that you probably don’t have spare clones in Dragonlance.

I don’t think I’ve ever seen another class, outside of full-bore parodies, that was premised on failure and catastrophic incompetence quite like this one. It’s clear to me that tinkers require a DM and a party ready and willing to go quite a ways out of their way to let the tinker contribute. I’d say at least as far as the rules text goes out of its way to make sure you know that gnomish inventions almost never work.

The core stat that we’re tracking in this system is Complexity. That’s dangerously close to being a meta-commentary on the system. I’ve got some jokes on that front, which are sure to either catapult me to internet relevance or blow up in my face (there’s a table that explains the odds of either). In an interesting twist, though, Complexity is bad for your overall chances – it reduces your chances of straight-up success, but you had almost no chance of that anyway (Success worsens from a 16+ roll to a 20+ roll). Much more drastic, though, is the reduced chance of simple failure (Failure improves from 14- to 2-). That said, the remaining outcomes are “Unpredictable,” which means a roll on the Gnome Mishap Table is in order. I am so sorry; almost all outcomes here are disastrous, but some of them may fail to kill you and/or your companions. No promises. To be clear, Unpredictable is a “no, and” result, while failure is a simple “no.”

Creating a new device (and they’re always new devices – the text calls out that gnomes never reproduce something they’ve already made) is a four-step process, of which step one is a questionnaire with tables that could really stand to be a flowchart. Step One is about describing the device, racking up Complexity from the effects described, and making the device larger (less Complex than the default) or smaller (more Complex) at the end.

Step Two adjusts your device’s success chances based on the difference between your level and its Complexity. If you’ve somehow survived to a decent level, you might even make something that could work. I’m not sure how you’re getting through the levels leading up to that, though.

Anyway, you can also form a committee to help design this thing, because misery loves company. Committees are not likely to help, but if your dice are really hot, then you might get a small Complexity break. Too real, Dragonlance. Too Real.

Step Three is all about adding up the cost of the components. There are five families of components, for things like power sources, frames (armature or chassis, that is), and so on. Within the gonzo-comic intentions of the class, these are fun. I do sort of wish the costs didn’t scale quite so steeply without an explicit benefit, but I think it’s assumed that the DM will play ball with the tinker a bit here.

Step Four covers construction time and the table for success/unpredictable/failure by final Complexity. Construction time comes from Size x Complexity, and results range from 1d10 turns (that’s 10-100 minutes, so not entirely unlike a short rest in 5e) to 4d12 months. That’s a downtime action so long that either the campaign goes on hiatus, or you start a second character who is, we hope, not a tinker.

The section ends with several sample inventions, which of course can’t be built quite the same way again. They range from – essentially – a cellular phone the size of a large wagon to combination food processor and instant pot to a suit of power armor. On an Unpredictable result, of course, you could wind up discovering that the power armor is functioning more like the food processor today, once you have climbed inside it. All in the name of scientific progress, of course! 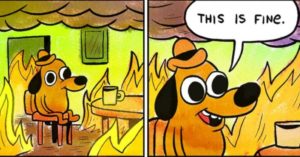 In short, this is a class that I’m not certain is meant to be played, so much as read and enjoyed at a safe* distance. Published in 1987, I also get a sense that it’s aware of the nature of D&D fandom at the time: it’s 100% likely to attract real-life engineers, who will try to use the tools provided to make modern-day devices. The text is here to make sure they don’t get what they want. If you played a Dragonlance tinker for many levels and want to tell me all about it, hie thee to the comments!

In the overall development of an artificer class, the most I can say about this is that it gets some possible implementations out of the way. This is the nonmagical, comedic, high-complexity one. In Part One, the Clockwork Mage offered a highly magical, mostly-non-comedic, high-complexity version of the general concept. (The only real comedy of the Clockwork Mage occurs if you like getting hoisted by your own petard.)

The tinker’s concept is a general “mad inventor,” with an inclination toward mechanical engineering. The Clockwork Mage is much more narrowly a roboticist and AI developer. The trend-line toward immediate usefulness in a combat scene is already clear, and that shift is going into overdrive as we move into Eberron’s artificer.

I’m still open to hearing about more tinker, engineer, inventor, and artificer classes, though that doesn’t mean that I’ll cover everything I’m offered. Unless a more pressing option presents itself, next time I’ll cover the 3.5 artificer (and a few of its prestige classes, ideally) and the Gnomish Tinker prestige class from Races of Ansalon.