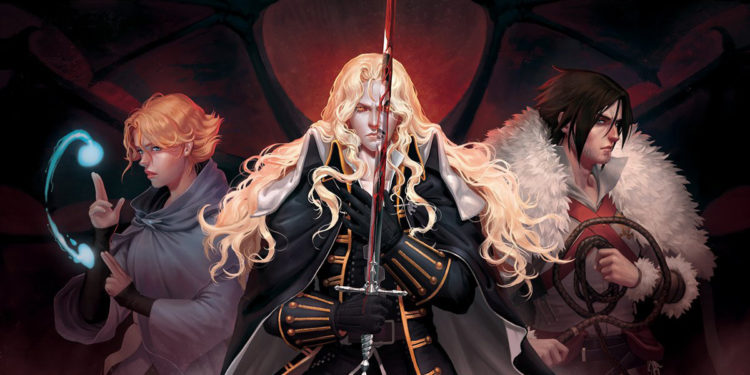 Halloween is just around the corner! If you are anything like me, then that means it’s time for some Horror one-shot game with your friends. Time to create some story or get one in DMs Guild, create some characters, and start rolling.

You could all choose to play monster races ready to kill adventurers, using the races Shawn did in this article some time ago. However, what if you want to play some misunderstood monstrous race, the same way we have the goblin, bugbear, hobgoblin, etc? In this article, I will provide you with some new interesting choices, these being the Half-Vampire and the Ghost races.

Disclaimer: These are races based on powerful monsters, and as such, making them balanced would break a bit the monster’s theme. That’s why they will be more powerful than other races. Be sure to let your DM know this beforehand so you don’t end up ruining a game due to how overpowered your race is.

Cold and misunderstood, half vampires like solitude. Usually born as a result of the love from a vampire and some other race, they get most of the vampire’s traits while also having a sense of humanity. While some tend towards evil as a result of civilians’ backlash for their parents’ doings or their looks, others scale towards neutrality with the intention to prove to be different. It is extremely weird to find a good-aligned half-vampire, and it’s because of their deceptive nature that if you are to find one, you shouldn’t trust them either.

Half vampires are in some ways able to become more powerful than a vampire. However, due to their

Half vampires share certain racial traits as a result of their vampiric nature.

Designer notes: I wanted the dhampyr to be a bit less powerful than a true vampire. However, it should not be affected by all the same things that normally become a vampire’s demise. I made its innate abilities work like spells so they can be dispelled, as if those who oppose the half vampire could negate the “magic coursing through its veins”. Moreover, a dhampyr is not powerful enough to create vampire spawns, but isn’t as affected by the sun as its parent. All spells perfectly replace the usual vampire abilities, you jus need to give them some good description for flavor: gaseous form could very well make the dhampyr turn into must instead of a cloud, for example.

After death, there’s a chance one may rise again from the grave. This can happen due to some necromancer, a dark ritual or maybe because they have something still in need to be solved. Ghosts don’t have a predetermined alignment, as they usually retain the one they perished with. Nevertheless, the trauma of knowing they are now an undead creature may generate some levels of madness.

Designer notes: If I were to make a race of a ghost leaving all the same abilities from the ghost as they are, it would be far too powerful. I wanted it to be stronger than other races without making the race the whole concept of the PC. A ghost can carry a sword and become a fighter. Yes, it would look weird, but it’s completely plausible. Moreover, the damage dealt by the ghost would be the one from the weapon instead of it being necrotic. I really like how the possession ability ended up being, as it works like mind control except you also have the benefit of hiding inside the target.

Why not try something a little bit different and play a different roleplaying game for this Halloween season? Might I suggest Dread?