My experience with Dread (Why you should play it!)

So, last week was my birthday and I wanted to do something different for once. I invited 8 of my friends home and revealed we were going to play a horror game. Having loved the genre so much last time when we played Call of Cthulhu, no convincing was needed for them to agree.

I’ve been looking for something a little bit better at horror than Call of Cthulhu. On my searches, Dread was mentioned quite a bunch of times. Roaming through the webs I got to find a video from Geek & Sundry in which the great Ivan van Norman gamemastered a game of it. He did a terrific job at it, and I got to learn from him. Moments later, I bought the game, looked for a scenario on the internet, rewatched the Alien (1979) movie for some inspiration and got everything ready to play.

Just like I did with Call of Cthulhu, I’m going to tell you a bit about the game, talk about the scenario I ran and leave you some tips. This way, you might be eager to try it out next Halloween. 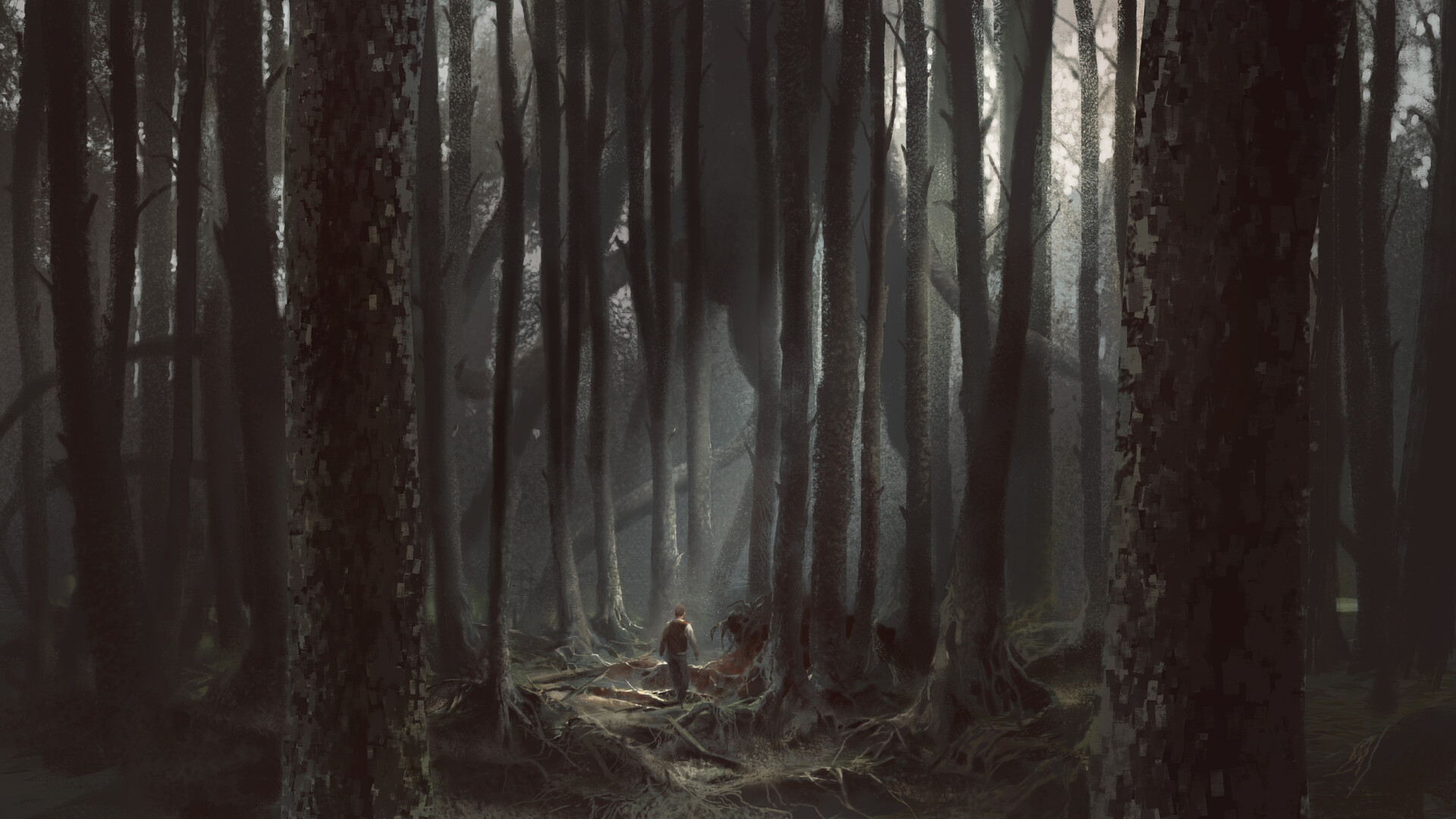 A brief idea of what Dread actually is

Dread is a storytelling horror game in which despair and hope are constantly fighting one against the other. In order to play you need someone acting as the Game Master (GM), and a number of players you would feel comfortable having. Taking into account I ran this game for 8 players extremely easily I can certainly say this game is really well thought out and simple to play. Preferably, you might want to have a range of 3-6 players to have the best experience. I will write some tips on how to easily run this game for 7+ players though.

The only other two things needed are some papers and a Jenga tower: To start with, the GM hands each player a questionnaire. They will work as your character sheets. Ideally, it is going to have different questions for each player. These lead the players to build their character in the way the GM expects them to for the game. Some of these questions can be “What’re the things you liked the most about your now dead grandma?”, or “What horrible happening made you start to believe in ghosts?”. Notice they guide the player character towards a specific background. Ergo, everyone will have something that connects them to the story to be told. The Jenga tower, on the other hand, is the storytelling device; what determines if you succeed or fail. Every time someone makes a tough choice, that player needs to make a ‘Pull‘ from the tower. Pulls are made following the original Jenga rules. If the tower collapses, that player character dies or is removed from the game.

Players may want to answer the questions in a way to make their characters be a Mary Sue, or some kind of unbeatable superhero. That’s not what this game is about. In order to create tension, the GM needs to help the players create believable characters for the scenario to be played. Make sure everyone has at least some moment to shine in the adventure by providing your friends with the right questions. A pizza-deliveryman would not be exploring Tutankamon’s ancient tomb… unless there is a good reason for them to be there.

What the game revolves around is the Jenga tower. It’s the star of the game. The GM only needs to provide a bit of tension and suspense with their storytelling, and the tower will make sure to do the rest. Whisper to your players’ ears while they are making ‘Pulls‘. Make their characters relive past horrible memories or nightmares during pulls. Asking questions as if you were the voices inside the characters’ head making them doubt also works excellently. Don’t be afraid to let silence invade the game when players make pulls either. Both the silence and the trembling tower also do a great job as a metaphor of doubt inside the character’s mind.

The farther the story goes, the more difficult it is going to be to survive. The shuddering tower this very well to your players. Each time a Pull is to be done, all people focus on the player to do the task. This creates a huge amount of tension, which with some great scenario can go a long way to create a perfect horror story. 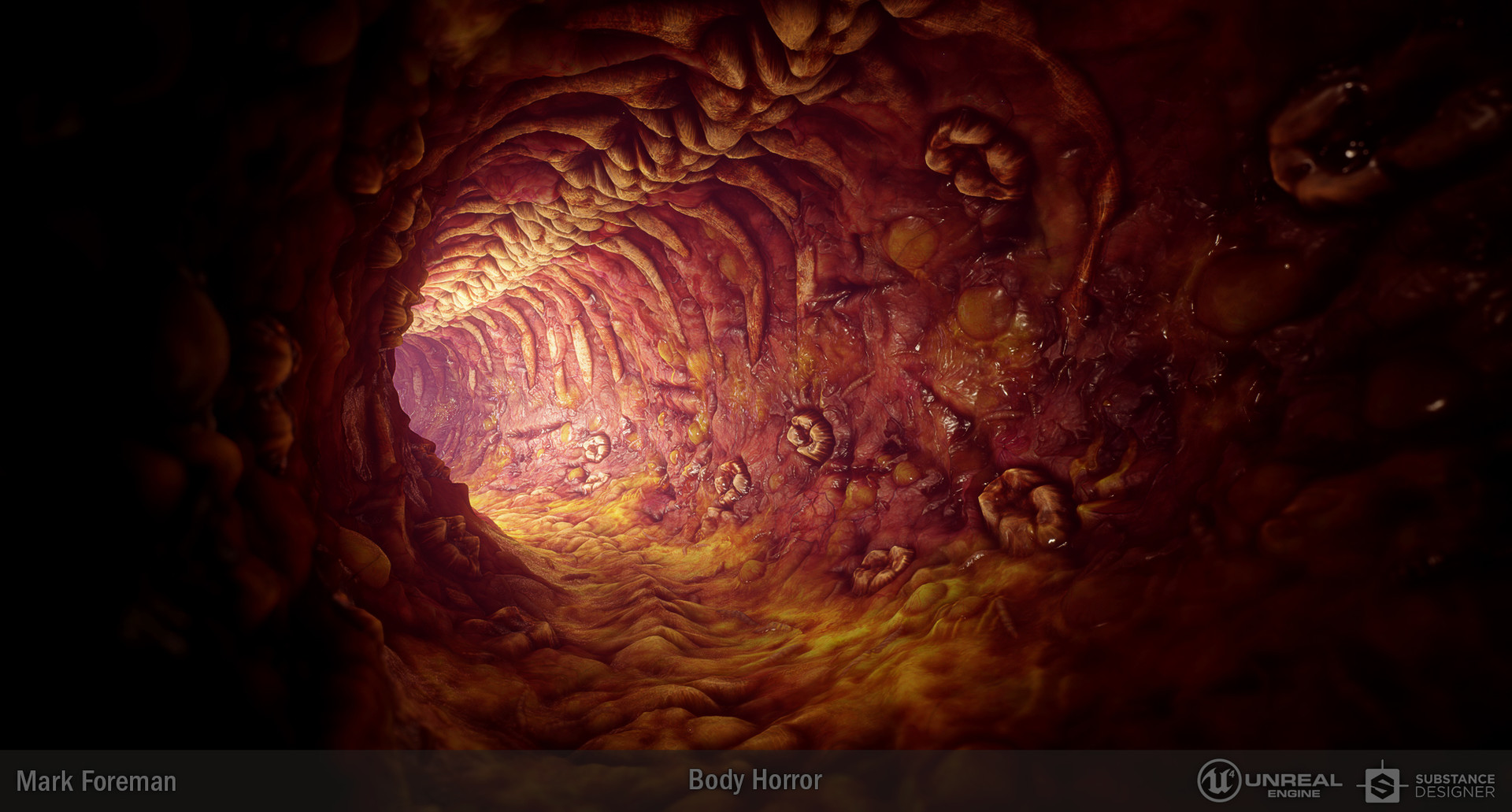 The scenario I chose to run was Only the food, inspired by videogames such as Dead Space, or the Alien movie saga. I’m going to mildly spoil it to tell you a bit about the interesting aspects of Dread. If you like the premise and would like your GM to run it for you and your friends skip this entire section of the article and continue with ‘Don’t only play with suspense, but also with their psyche’. Otherwise, continue reading:

All players awake in a spaceship with nothing but basic jumpsuits. They were tasked to aid the vessel (which is mostly controlled by an AI) reach its destination by helping with very specific tasks. The rest of the time they are to remain in cryo pods.

This time, they wake up but, unlike other occasions, no instruction is given to the workers. Therefore they need to follow some prerecorded messages from the AI to know what to do, all while some mutations among the vessel try to eat them. As suggested in the scenario, I created my own AI recordings using an open-source application called Balabolka. I used Audacity (another open-source software) to tweak them to make them more realistic: some noise in the background made it sound like a recording, and some alterations in the text like repeating words over and over to simulate errors in the AI went a long way to chill my players to their bones. Obviously, this much preparation is not needed. The only reason why I made all this was because it was my birthday and I wanted everything to be perfect.

For lightning, I decided to only use a TV. It showed this webpage, doing flickering lights, or filling the whole room with one specific color. By the time combat started, I made the TV do a very fast flickering light, with tense horror music filling the background. Pulling blocks like this while having the GM (me) speaking in your ear how your life flashes in your mind creates pure despair. Add in the trembling tower and its just pure chaos and horror.

“You run forward to put an end to that vile creature that has been tormenting you and your crew. You raise your crowbar aiming for the head and now you’ll need to make a Pull. Your past flashes in your mind as you clutch the reliquary in which your daughter’s photo lies. You promised her you would come home safe and tell her the story she so much loves.”

“Your hope begins to be obliterated by despair. All you left behind, all the work you meticulously did to get this job… Was it all for naught? Is this how your life ends? The last thing you see is a gargantuan maw coming your way, and thus, you are surrounded by darkness…” (the tower collapsed)

By the end of the game, the character who was raised being told machines were their gods, and was fascinated by them (take into account this scenario is set in a post-apocalyptic future) sacrificed himself out of madness when he started to doubt what the AI instructed them. Another one died fighting (the one mentioned above), and the rest managed to escape, killing everything in their way.

Take into account there is no combat mechanic in this game. Hitting something/someone means they have to make one or more Pulls. Will a monster die in one hit? That’s the GM’s job to determine. If it’s still too early in the session for the final monster to die, let it receive a big hit and run away. Else, a successful pull means the monster dies. 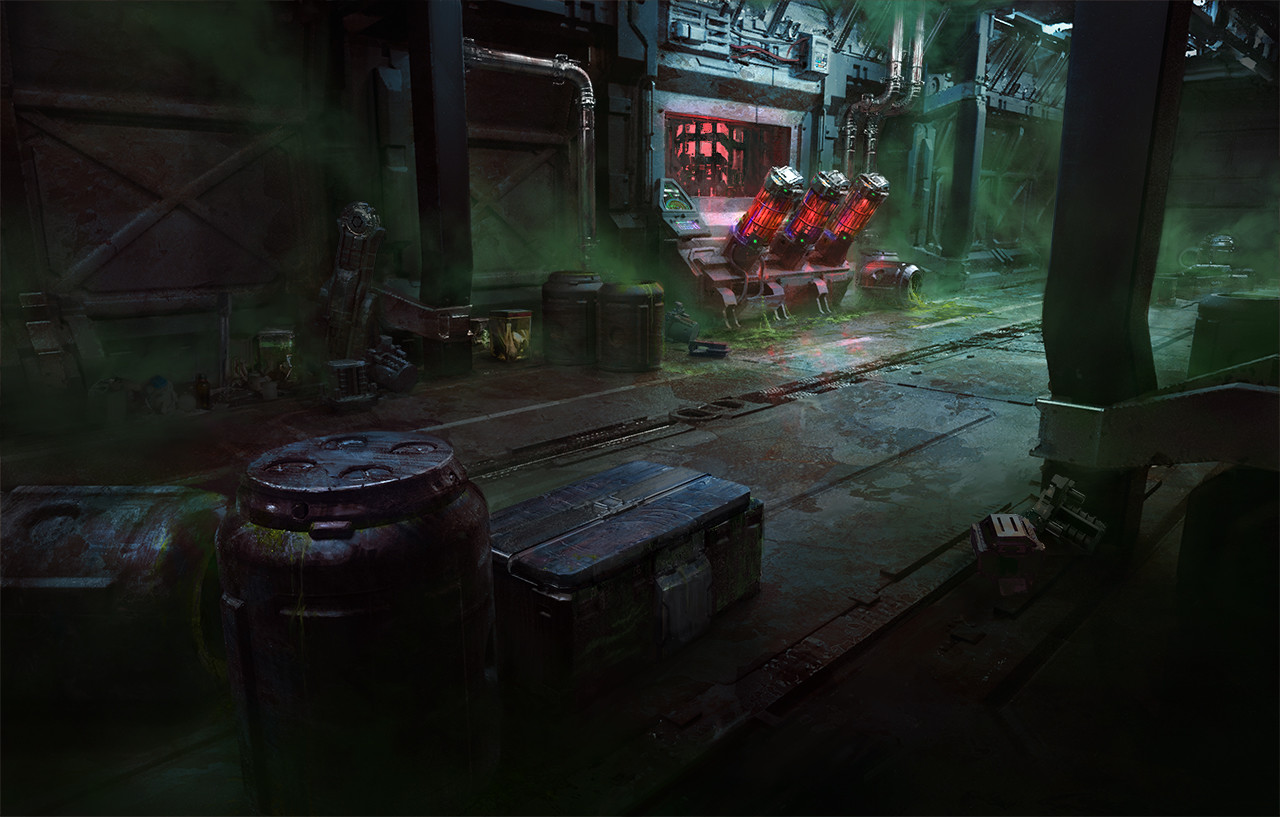 Don’t only play with suspense, but also with their psyche

Suspense is essential for this game to be successful. Don’t ever fully describe the big bad monster until they are ready to fight it. Leave victims behind, or what the creature/ghost/whatever it is, is capable of, such as claw marks on the walls, hypnotized people, etc. However, it is not only suspense that you can play with, but also with the player characters’ psyche.

As always with this kind of things, make sure all players are in for this sort of games and things to be messed with. There may be some themes that you should not go into if a player does not want to. Give a brief description of the themes the story will be touching and ask around if there is something that must not be mentioned or used in-game.

In order to move the plot forward, I would sometimes say one character heard something from the direction they just came through. You can use Tabletop Soundpad if you like to have some terrifying sounds played in the background. At other times, a shadow might be seen behind them. Were my players to want to check out what those things were, they would have found nothing because nothing was really there. I only mentioned those things to simulate the player characters going crazy and seeing things where there were none. Say things such as “You see a shadow with the corner of your eye in the other room… or was it just your imagination? Maybe your mind is pulling tricks on you. Are you going mad?” to scare the hell out of your players.

How to GM for 7+ players

The game is not thought out to have more than 6 players. The Jenga tower would collapse way too often and some players may keep the spotlight for too long without having everyone pull. I surfed the web looking for some tips and thought of some extra ones that made my game work excellently, even with as many as 8 players. 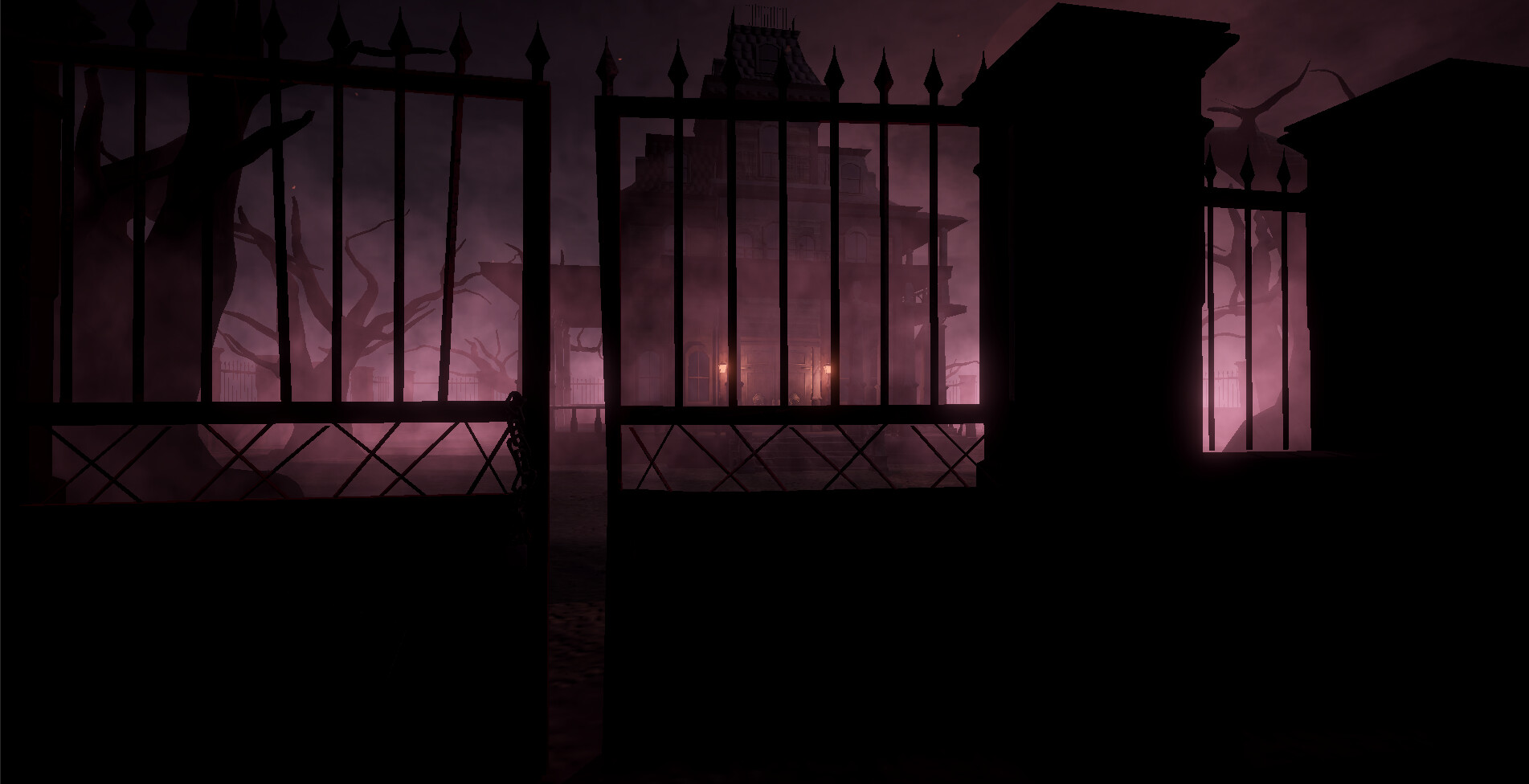 All in all, Dread is a fantastic game to play horror one-shots. I can’t state for sure how good it can be for long-lasting regular games though. It’s pretty easy to have at least one death by the end of the session, and having to create characters very often makes you not care about them. Look for some scenario online (there are hundreds of them) and gather your friends for some Halloween horror.

Have you ever tried out Dread? How did it go? Did you use some device to improve the ambiance as I did? Tell me of your best memories while playing or your doubts about the game in the comments below!

If you want to buy the game you can get it in DrivethruRPG over here: CLICK HERE

Looking for some game about investigation and eldritch horrors? Then maybe you will like Call of Cthulhu. Why not read my article about it?

Creating a magic system for your game ...