A Guide to Roleplaying Elves 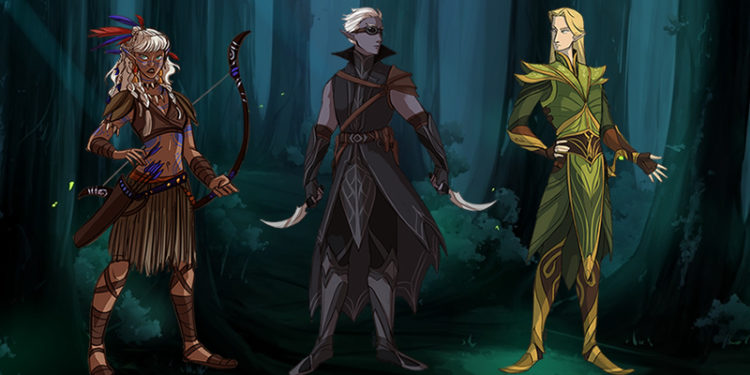 Elves not your cup of tea? Check out this guide on roleplaying half-orcs.

Elves are among the most popular races, second only to the ubiquitous humans. Their popularity no doubt stems from the fact that they are human enough to be relatable, but possess powerful traits that give them a special edge.

Longer lived, masters of magic, skilled with the sword and bow, elves offer an exciting option when choosing your race. With two to three subraces in the PHB — if Drow are included as options by your DM — and with even more subraces like sea elves, the Shadar-Kai of the Shadowlands, and the Eladrin of the Faywild in Mordenkainen’s Tome of Foes to choose from elves offer more specialization than humans in terms of their strengths and their flavor options.

The Consequence of a Long Life

Elves in 5e can be defined by their most salient attribute: they live a loooong time. Like 700 years long. This gives them a unique perspective on the world, on life, on their culture that the other races lack. Even dwarves are long dead and buried before an elf reaches middle age.

You can use this to give your character an interesting characterization. Things that can be resolved in the short term — which for elves could be a few human generations — are less of a concern. That bridge that burned down? It will only take a year to build again, why worry? That entire city that was leveled? Ten years maybe before it’s a populated center again. That’s peanuts. But, when presented with a goal or mission elves are laser-focused on it.

What if your elf was raised among the shorter-lived races? After they reach maturity it would seem like everyone around them fell away like so many dead leaves in autumn. Consider how that would impact your character’s ability to make connections with the other races. Are they always seeking out their company to fill a void, or do they just prefer the quick, vibrant way they live?

Why your character is on the adventure is important and can provide many sessions worth of rich roleplaying motivation. Elves are described in the 5e Players Handbook as being driven by wanderlust, longing for exploration and adventure. Alternatively, elves can be uniquely suited to questing. Perhaps there is some personal cause or mission that your elf has decided to take up and dedicate their life to?

Elves also don’t tend to build massive cities like humans and dwarves, often preferring to instead live in smaller communities. Elven settlements are often built to not disturb the natural balance of the ecosystem, allowing elves to live harmoniously with their chosen homes. How would your elf feel leaving the comfort of a small village they’ve known for potentially hundreds of years? How would they react to entering a human city with all its noise, hustle, and grime?

Each of the sub-races also comes with its own extra special flavor to your character that you can incorporate.

High Elves have a basic mastery of magic. The basics of the arcane arts of a wizard are taught at a young age. Think about how your elf acquired that cantrip, and why they chose to learn it. Is their village centered around the accumulation and study of the secrets of the arcane? Perhaps it is required that every elf that leaves the village know a certain cantrip in order to get back?

Wood Elves are more in tune with nature and its rhythms. They have a natural ability to hide and are quicker than other elves. Perhaps your village guards a sacred spring or natural font of power. Or perhaps they are a travelling band of druids and rangers committed to keeping the balance between nature and civilization.

High elves might be more aloof and haughty, perhaps unintentionally. Oh, you mean you don’t learn basic magic as a matter of course? How strange! Or maybe overbearing: Of course I would love to show you how to cast that spell better!

Wood elves could be very shy, or hesitant to meet others, or perhaps the opposite. A hard-drinking wood elf ranger who has a running bet with the party dwarf over who can drink the most ales and still hit a moving target sounds like a fantastic character to play.

Drow are a complex topic. They, as presented, are from a society that conditions them to be paranoid about everybody and everything. It is important you know why and how you escaped from that society and what you plan to do now that you’re free of it. Your sensitivity to sunlight and the innate distrust other races will have for you will be major obstacles that your character must overcome – or embrace.

Essential Parts of Roleplaying an Elf

You live a long time as an elf, so having a purpose is essential to living that time well. Perhaps it is even essential in some way to your sanity. Life passes at such an exceptional rate after a hundred years that your mission is the only thing that isn’t changing faster than you can keep up.

Knowing why your elf is adventuring and how they acquired their martial skills and their magical or stealthy abilities can help round out your backstory. How did you learn how to use the weapons included in Elf Weapon Training? Was it required learning for all elves or just elves of your position?

What separates you from other races is your Fey Ancestry and your ability to Trance. Elves are connected to the fey and still have that wild mercurial energy inside them. Embrace that with your character. Perhaps they feel things deeply but don’t show if for fear of losing control.

The trance can be where your character works out difficult problems, or perhaps you hide it among other races for fear of it unnerving them. Maybe there’s something just a little… off about your character, something otherworldly, ethereal, and fey-like.

Questions to help fill out a character backstory:

Interested in guides for roleplaying other races? Check out this guide on roleplaying half-orcs.

Travel Methods in Your Game