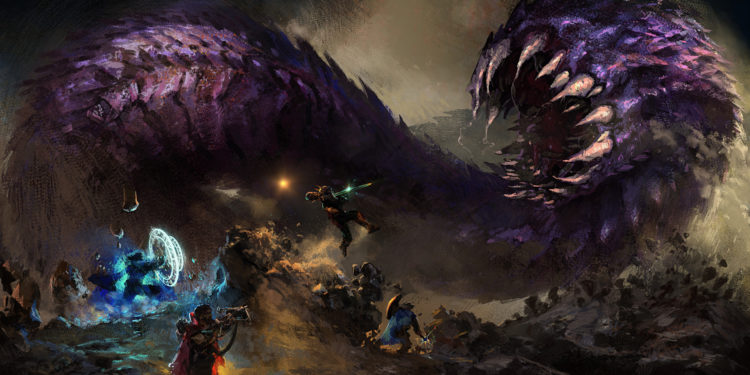 Ilde Greatcliff (female dwarf) and a group of 11 other dwarven clan members from the ‘Mithril Blade’ clan were sent to scout this mountain (or canyon). Being this a miners’ clan, these dwarves are not prepared for combat, with the exception of Ilde, Grok, and Dukragh. The scouting was going accord to the plan and the dwarves were to reach destination before dawn.

Everything went aloof when the group of dwarves encountered a purple worm on their way home. Since then, they have been running from it for half an hour, using every obstacle in their path to get as much distance from the monstrosity as possible. However, they are now cornered against a cliff. With no other possibility to survive, they have been running in circles and jumping over the crevasse. There have been many close calls, and they are sure they won’t survive much longer without further aid. 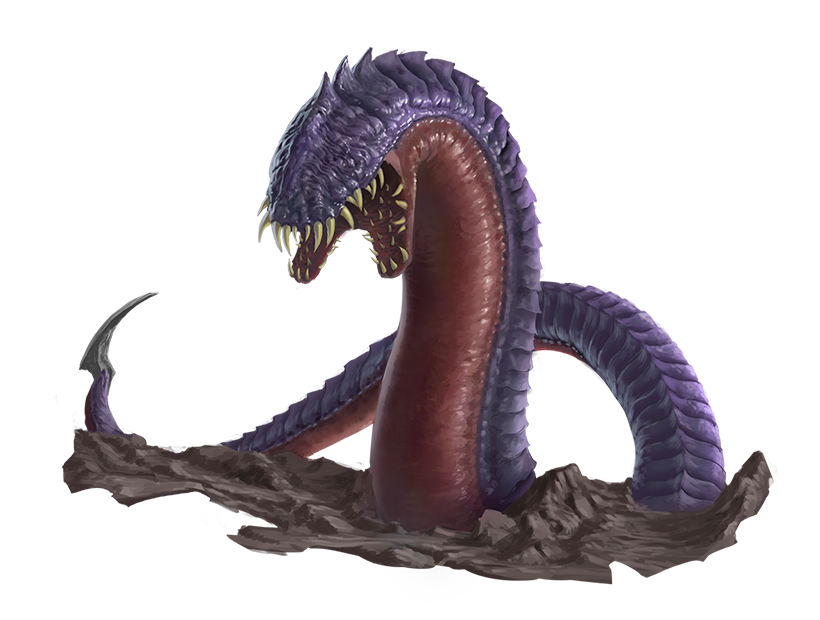 “You giant worm better no touch ‘er!” can be heard in the distance, a masculine raspy voice. This is continued by a great resounding noise of rocks being broken. “Can you stop sayin’ that an’ help poor Jalyn out? Let me deal with it!” comes next from the same direction. There’s a feel of worry in their tones.

If the player characters choose to follow the noise they will encounter the following cliff. It has a big crevasse dividing the section in two parts. The northern part of the cliff rests against a huge rocky wall. Falling from the cliff will result in a 600ft free fall (20d6 damage). Two big rocks can be used for cover or to hide from the gargantuan purple worm. They are about 4ft high each. The crevasse, on the other hand, varies in width, ranging from 10ft. to 20ft.

A group of 11 dwarves stand in two different corners from a cliff, with a crevasse separating both sides. At the moment, 4 of them are on the left, while the rest is on the other side. A tremor quakes the whole area, making one of the bearded dwarves on the left jump over the crevasse trying to get to the other side out of fear. He doesn’t get enough speed and falls poorly, ending up clinging on the corner of the fractured platform.

A dwarven woman on the right side, with a voice you recognize as the one you did hear before starts shouting for someone to help him, while she prepares her crossbow and readies herself to attack something. That’s when a gargantuan cylindrical purple creature, with a lamprey-looking maw comes out of the left fully devouring one of the dwarves. A horrifying shout comes from its interior right before going quiet in an instant. “It’s got Gurma!”, says again the female figure before looking in your direction, her eyes full of desperation.

The female dwarf’s name is Ilde Greatcliff. She is in charge of returning the whole group to safety. This group was not prepared for a combat of this caliber and will need help to survive. The dwarf clinging from the crevasse about to fall is Grok Gemseeker, whereas the one that just got ingested is Gurma Jadeeye. In order for Gurma to have a chance of getting out alive, we will not deal damage to her on the purple worm’s first turn. This forces the players to have to choose who to save.

Upon seeing the player characters, Ilde will plead the adventurers for help, saying they will be greatly rewarded if they help solve this problem and return them home. 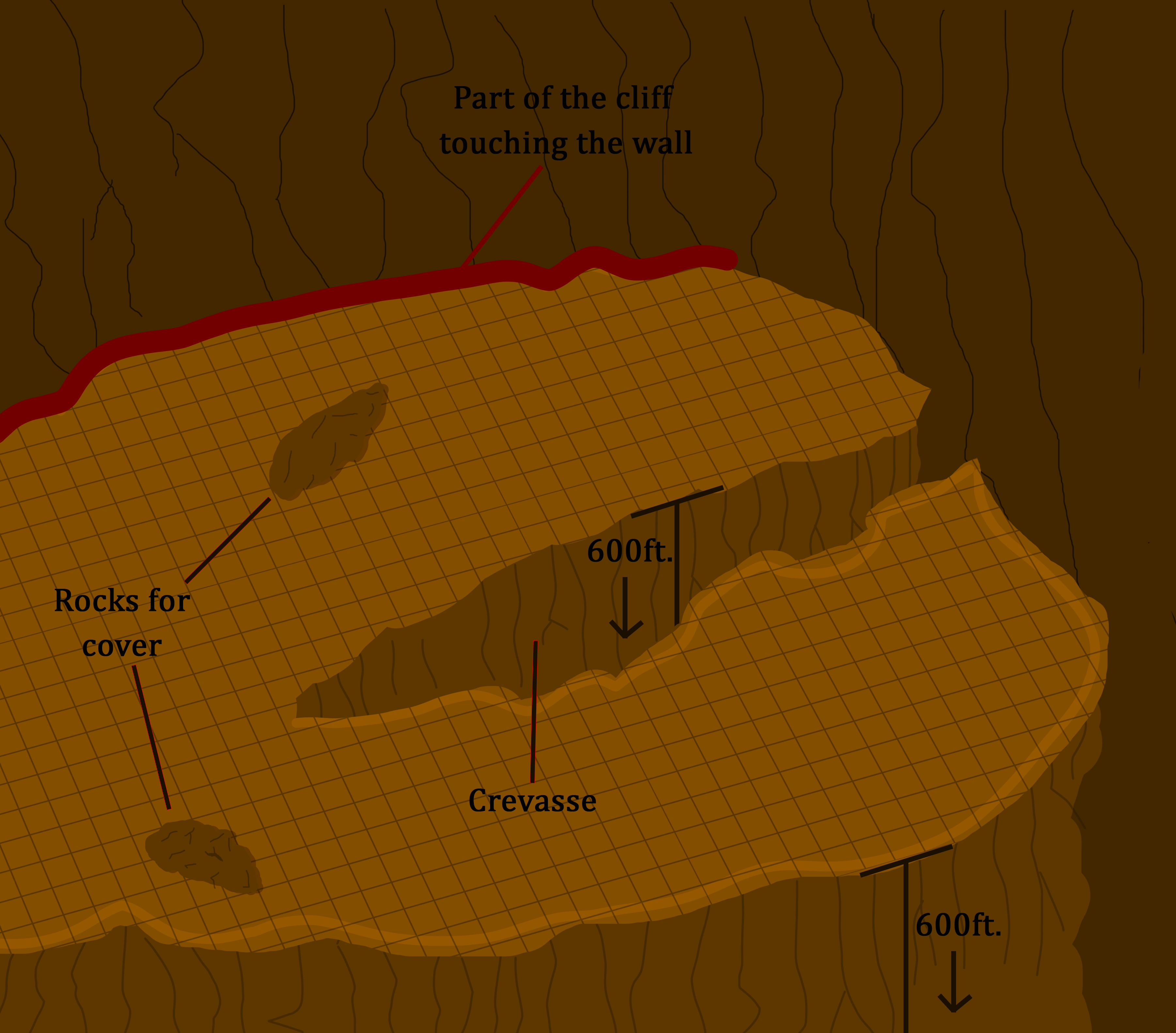 DM’s map of the encounter 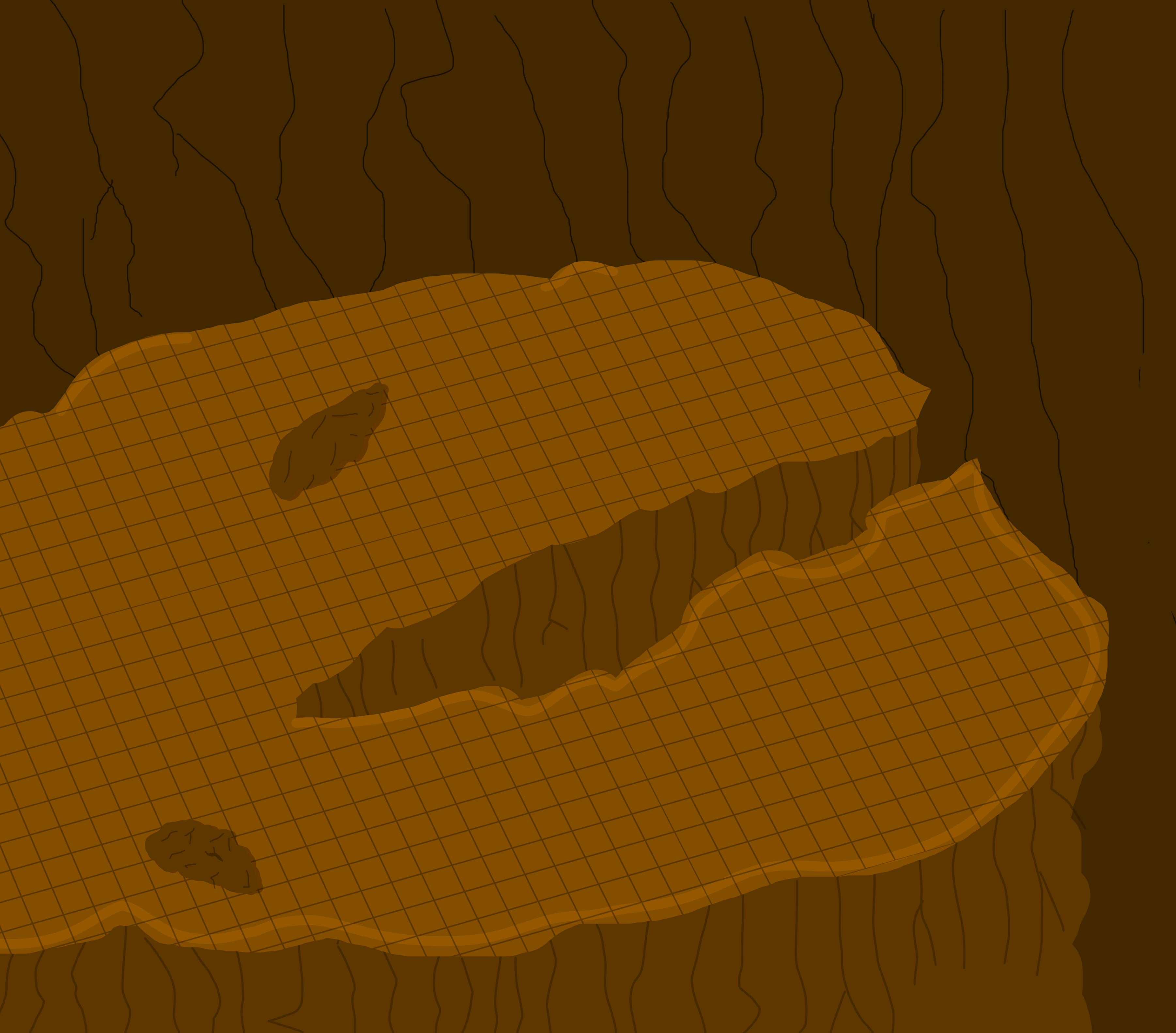 I made a quick drawing for reference. This details all the important environment parts that play a role in the encounter. Some of the things the players can try to do with them are:

Player characters from this tier are unbelievably powerful, and will surely surprise you with some other thing I didn’t predict. Get ready to improvise.

The purple worm isn’t intelligent. Make it go against whoever makes the most noise. The moment the players realize they can taunt the monster in order to save more dwarves they might start wasting actions to do that. However, if the worm realizes someone is trying to escape from this cliff it has cornered the dwarves in, it might choose to pursue that person. The worm doesn’t want anyone to get away (the players might want to take advantage of this).

Due to the purple worm having the Blindsight sense, it should be extremely aware of the places from where it could fall, thus being cautious with its movements. If the encounter turns out to be too easy for the players, you can pump up the worm by giving it Legendary Actions:

In case you need some names and personalities for the dwarves to act during combat, I will list some below. Feel free to use as many or as little personalities as you want, as they take some extra effort from the DM’s side. Even though it may change the encounter quite a lot to roleplay the dwarves in a chaotic but fun way, it is not entirely necessary. (F= female, M = male, GN = Gender Neutral) 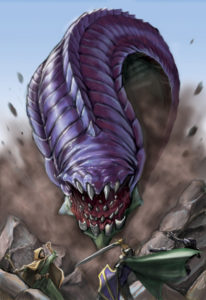 Those dwarves who don’t have a stat block use the commoner stat block, have a speed of 25ft., resistance against poison damage and advantage on Constitution Saving Throws against poison.

The clan leader from the Mithril Blades is surprised by the news and promises no further problems will occur to the dwarves. 1000gp will be granted for each dwarf that manages to come back to the PCs, with an extra 5000gp if all dwarves come back in one piece. Moreover, the clan leader will grant its gratitude and consider the player characters as heroes. Therefore, all Charisma (Persuasion) checks when talking with Mithril Blades’ members are made with advantage. If the player characters go report no dwarf came out alive, the clan leader will look responsible for this, while also terribly sad. In this case, the PCs are paid 2000gp for their efforts but are asked to leave immediately.

As the scouting team was sent to find a new dungeon to mine, the clan leader may want to send the PCs on a mission to make sure it is safe for its miners to go there. If that weren’t the case, the PCs would be in charge of killing any possible danger for some extra gold. This is left for you as an opening to further adventures.