A Guide to Roleplaying Dwarves 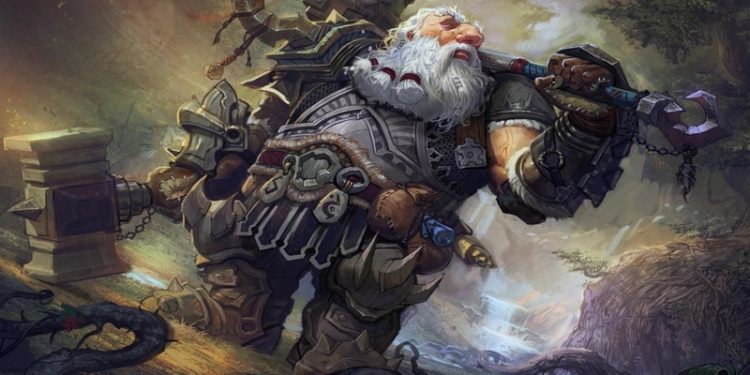 Roleplaying dwarves can be so much more than vaguely Scottish accents, drinking ale, and swinging an axe around. Today we are going to take a look at what drives dwarves and how you can quickly develop a complex dwarf for your next campaign.

For more guides to roleplay your favorite race, check them out here: elf, half-elf, half-orc, lizardfolk, human. A new guide published each week.

Dwarves live a long time, often living to be more than 400 years old. While not as long-lived as elves, that gives them long memories and the capacity to hold long grudges.

This longevity uniquely shapes their society.

Tradition is not just a way to pass cultural information from one generation to the next, but also as a way to give their long lives meaning.

Doing something for hundreds of years requires an iron-like discipline, and tradition is the source of that discipline.

Dwarves strive to match the great feats of their ancestors, proving themselves to be up to the same standard of excellence.

Whether that comes in excellence in battle, in forging armor or beautiful things, or in the creation of the perfect brew, dwarven society is centered around the centuries-long mastery of a chosen art.

There is a kind of spiritual devotion to mastery in dwarven culture. It’s that kind of devotion that forms the bedrock of dwarven society.

Their memory of epic deeds and terrible betrayals is long, and this can be a potent motivator for your character. Whether it is a grudge or need for revenge that moves your character to the life of an adventurer, or if it is out of a need to prove themselves as worthy to their clan, dwarves can be driven by generations long issues.

Dwarves, more than maybe any other standard race, embody the Grail Quest the best.

By that I mean, they all seem to be seeking after something that may be impossible to attain (i.e. the Holy Grail), but find the struggle to attain it worth the risk they will never succeed.

Dwarves can work on an epic scale, fighting a centuries-long battle to secure what they view as their own.

Dwarves relish in testing their mettle, seeing if they can stand up to the dangers and challenges as their ancestors did before them.

Your dwarf can be different, perhaps trying to start anew and leave that struggle behind, or be bucking against tradition, desperate for a new beginning or a life not dictated by tradition and rules.

Not all dwarves feel this pull to excellence as strongly as others, but even a dwarven mushroom farmer wants their mushrooms to be the biggest and mushiest mushrooms in the entire Underdark.

The Battle Against Greed and Obsession

The central tension in dwarves is the balance between tenacity and obsession, between greed and generosity.

Greed is a form of obsession, centered around the need to protect and collect things you find valuable. Dwarves are naturally tenacious, enjoying sticking out something to claim victory.

“Stoic endurance” as the PHB says.

But this tenacity can easily become corrupted into destructive obsession, especially if the dwarf has been wronged in some way, or thinks they have been wronged.

This is a great tool to use as a roleplayer.

Consider how your dwarf might become obsessed with destroying the villain throughout the campaign. Maybe a dwarf paladin’s obsession with meting out justice brings them to the brink of madness and they need to be talked down by their friends.

Essential Parts of Playing a Dwarf

In the PHB many mechanical traits offer interesting roleplay opportunities that complement the themes of playing a dwarf.

First of all, the boost to Constitution plus the dwarven resilience trait, which gives you significant advantages against poison, allows you to easily play the always drinking, but never drunk dwarven stereotype.

Alternatively, an assassin who tries out all their new poisons on themselves.

You also get combat training with axes and hammers and proficiency in an artisan’s tools. Consider how your dwarf came to learn these skills. If they’re a wizard, did their parents make them practice to be a fighter, while they spent all their nights and secret hours learning about the arcane?

The tendency toward lawful alignment could manifest in ways like a predictable morning routine or a sequence of trophy gathering after a battle or hunt. Ritual, tradition, and order are the tools of comfort for a dwarf.

Hill dwarves gain a boost to wisdom and more hit points. This can be reflected in your character by relying on intuition more than intellect to solve a problem, or in shrugging of blows in battle easily.

Hill dwarves are tough and doughty. I imagine they also tend to be the more urban of the two dwarves, developing citadels rather than castles in the mountains.

Mountain dwarves get a boost to strength and armor proficiencies. The armor proficiencies point to a cultural emphasis on combat readiness. Perhaps your clan has to defend against ogre raids every spring and so requires all citizens to be able to wield an axe and wear at least some chain mail.

I imagine mountain dwarves to be a bit more solitary, and more eager for battle than their hill cousins. They could even be more “savage” with nomadic bands roaming the Underdark and the mountains seeking out a place to build temporary forges where they might stay for a few hundred years until the iron runs out.

Questions for your Backstory