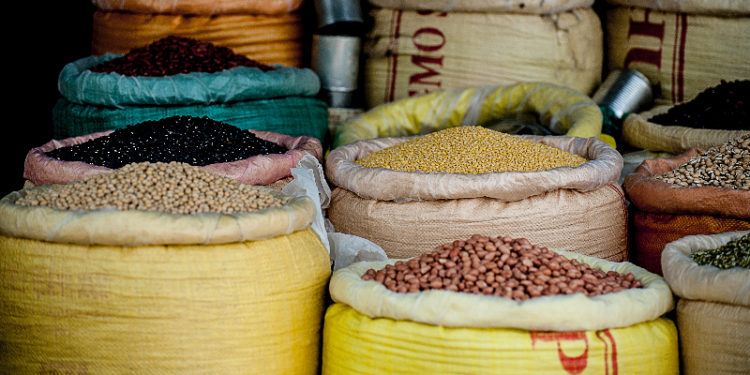 The Spice Domain is a domain for those non-combat focused clerics who love to cook or want to be able to use cooking skills in-game. The cleric gets a handful of unique powers that allows them to be useful in a variety of circumstances.

Gods of food, comfort, and the home typically grant the Spice Domain. It usually appears in cultures that favor heavily spiced and aromatic foods. In real life, if such a domain existed, you’d find it in such places that served Indian, Mexican, Thai, and Caribbean cuisines.

This domain represents home cooking, comfort, and safety. The spells and powers the domain grants reflect these feelings. Want to add a real-world flair to this domain? Look at this list of spices.

Spice Domain Clerics get Cook’s Tools. According to Xanathar’s Guide to Everything says about cook’s tools (page 80):

Adventuring is a hard life. With a cook along on the journey, your meals will be much better than the typical mix of hardtack and dried fruit.

Components. Cook’s utensils include a metal pot, knives, forks, a stirring spoon, and a ladle.

History (Int.). Your knowledge of cooking techniques allows you to assess the social patterns involved in a culture’s eating habits.

Medicine (Wis.) When administering treatment, you can transform medicine that is bitter or sour into a pleasing concoction.

Survival (Wis.). When foraging for food, you can make do with ingredients you scavenge that others would be unable to transform into nourishing meals.

Prepare Meals (Choose: Perform: (Cha) or History (Int)). As part of a short rest, you can prepare a tasty meal that helps your companions regain their strength. You and up to five creatures of your choice recover one extra hit point per Hit Die spent during a short rest, provided you have access to your cook’s utensils and sufficient food.

Knowledge of the cuisine (Choose: Nature (Int) or Arcana (Int)) What parts are particularly tasty on the plant? What parts of this animal have unique requirements to be safe, or is eating it a death sentence?

In addition to the cook’s tools (and their uses), Spice Domain clerics may choose 2 of the skill uses above. These aforementioned skill uses are rolled at advantage. When rolling for these specific purposes, add your cleric levels in addition to any rolls. One user commented that they felt that adding levels was too strong. If you feel this way, for these specific uses only (and no others), have the skills roll at a double proficiency bonus.

Beginning at 2nd level, if the character can take a short or long rest when casting spells dealing with healing, comfort, etc. they are more effective. The Spice Domain cleric infuses food with spices and spells. Such spells are cast at a level higher, healing the character for the maximum amount allowed. The magic-infused food can’t be prepared too far in advance, as it rapidly deteriorates within a few turns. To be fair, the magic should start to dissipate in 2d4+2 turns.

Starting at 6th level the food that the Spice Domain cleric the food infuses with his spells and spices last a number of hours equal to his cleric level, after which time, the food returns to being normal, having no magical properties.

Furthermore, they get the Chef feat, which states

Time and effort spent mastering the culinary arts has paid off. You gain the following benefits:

Starting at 8th level, the caster can create a Heward’s Handy Spice Pouch (see link for description). Unlike a “standard” spice pouch of the same type, Spice Domain clerics may supplement the pouch with items foraged from the surrounding area. For every additional item added to the pouch, it gets an additional 1d4+1 uses. Furthermore, the food the cleric infuses with his spells and spices last a number of days equal to his cleric level. Note: the types of things you can add are teas, peppers, and naturally occurring herbs and spices. Throwing a dead squirrel, some acorns, or flour into the bag has a 50% chance of outright breaking it.

Beginning at 17th level, your character has an unparalleled knowledge of spices and how they affect people. The character has honed his cooking and spicing skills. All the skills uses listed at the beginning of this article are rolled at advantage. The character may also create the following from their repertoire:

The following spells are known to the caster by different names

If you want to add some spice, consider adding these peppers to your games:

The Spice Domain was a fun exercise in making a non-combat focused cleric that has lots of uses outside of battle, but a few entertaining ideas for use in battle. Please, let me know what you think!