My experience with The Wretched (Why you should play it!) 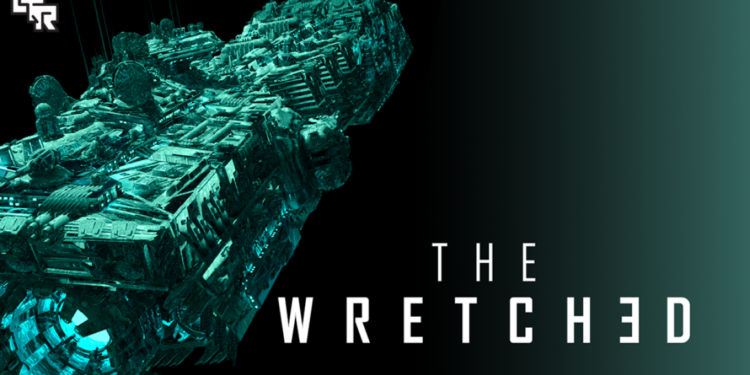 It’s been some time since I last did one of these! This has mostly been because I haven’t been able to try out that many new games. Those I did, I wanted to try for a second time to have a better grasp on what the game is really about, its pros and cons. Today, I bring you a game that I played two times already, but I enjoyed it enough to write a whole article about it. The game is The Wretched, an indie RPG by ENnie nominee Chris Bissette.

I met Chris when trying out the Burn Brite RPG by Roll20 and amongst others James Introcaso (that’s another game that I will soon write an article about). We both played as players in that game, and in the pause we did in the middle of the session James praised this game Chris created called The Wretched. It was being kickstarted at a really good price. After the Burn Brite game, I researched his work a bit and the dude seemed to do excellent stuff. It is because of that, and because I wanted to try out more one player RPGs, that I backed his Kickstarter no doubt. Some months later, I received the game and gave it a try. Here is why I wanted to talk about it, and why you should try it out: 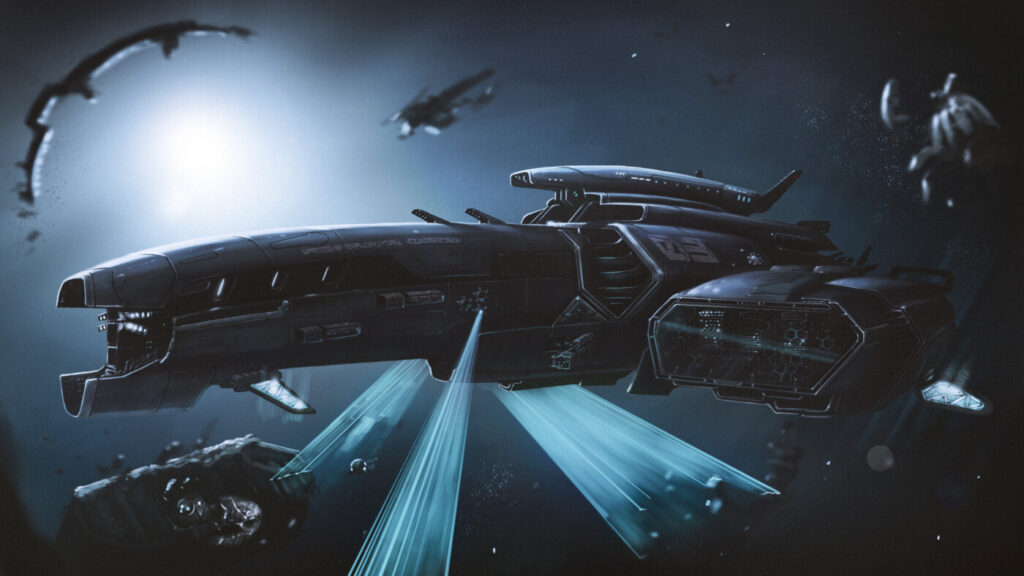 A brief idea of what The Wretched actually is

The Wretched is a single-player horror survival game that takes place in a salvage ship lost in space using the Wretched & Alone SRD (The Wretched was actually the precursor to the SRD, and what it was based on). An alien creature boards it and will try to either kill you or destroy your ship. Your objective? Find a beacon signal and turn it on to ask for rescue, or escape the ship. The game is based on the Alien, Event Horizon, and The Thing films. It is recommended to have watched these films beforehand to have a better grasp on what the game and theme tries to create in the player (and they are excellent horror movies, so go watch them!). However, it was John Carpenter’s soundtrack that was actually the primary source of inspiration (more about this later in the article).

If you have played or read my previous article in this series from the RPG Dread, you might understand what the Jenga tower that The Wretched uses is all about. I tried researching which game was the first one to use the Jenga tower as a storytelling device in RPGs just out of curiosity and I think it was Dread, but I couldn’t find any clear result. All I know is that Chris’ The Wretched Jenga mechanic was inspired by Dread and his previous party game Exit, Pursued by a Bear.  So, there you have a bit of trivia. Ok, so you have the tower, a set of cards, a d6, and 10 random tokens (you can use dice, coins, or whatever you prefer). What’s the game all about?

The game begins with you as a player reporting in a log, a recorded video or voice recording that it’s been one day since you were remained alive in the ship. The rest of the crew were all killed by the monster but you managed to jettison it. You roll the d6 and pick as many cards from the deck as the number you rolled. One by one you search for the card in the manual and follow the indicated instructions. These often require you to answer a question about how you would solve a specific problem, one about grief, solitude, or despair, and/or to pull a block from the tower. After you do whatever all cards tell you to, you record another log starting with the day since you began (“Day 2”, “Day 3”, ….). Once all this is done, you repeat the whole process.

Even more crucial than the Jenga tower are in my opinion the role the cards and logging into your journal play in the game. When I asked for Chris’ opinion on this, they answered something much better than what I could have come up with (and I completely agree with him):

Honestly, the most vital part of the game is the willingness of the player to engage with the prompts and the material that they produce through play. (So I guess the answer is “the log”.) In playing W&A games that other people have written I’ve definitely found that you get out of these games what you put in, and that the more you commit to them the better an experience you have. Mechanically they’re a very simple framework and the prompts are often quite vague, but the story that comes out of them is unique to every player and that’s something I really love seeing when people share their logs with me.
-Chris Bissette, game designer of The Wretched and creator of Loot The Room

There’s something almost magical about the logging aspect in the game. Maybe it’s the fact that you log at the end of each day meaning you need to remember all things you did, putting you more into character. The more cards you pull and the more questions you answer your character starts to feel more real. You created this character and don’t want it to die, meaning each pull from the Jenga tower feels more terrifying.

Chris Bissette is also a musician, and they created synth wave music to play in the background as you play the game. These pieces take inspiration from John Carpenter’s soundtrack. As Chris told me, when creating The Wretched they wanted “a game that feels like a John Carpenter soundtrack”. Sounds weird, but once you play the game you begin to understand it. The music helps build constant tension and makes you feel as if you were in the The Thing movie, coming with enough tracks to play an entire game without ever repeating them.

There is no predetermined alien in the game. As the story progresses, you may be asked how you imagine the alien being. Every detail you write in the journal becomes a fact so if you state the alien is a gooey substance that crawls around the walls of the ship as I did, then that’s your alien. You can go for the classical xenomorphs from alien as well if you like. It’s up to you, and that makes it much more interesting! When asked why was the decision on having the alien be an abstract thing for the players to detail, Chris answered the following:

Mainly it was because I didn’t know what the monster was as I was writing the game. I didn’t set out to write Alien: the Journaling Game. My initial design brief was “a game that feels like a John Carpenter soundtrack” and my initial notes were much more directed towards an experience like The Thing. In that film you never really get a satisfying explanation for what the creature is, and I always think that things are much scarier when they’re left to you imagination rather than explicitly spelled out by a writer/filmmaker/etc. By letting the player define the monster I was hoping to let players engage with what scares them specifically – and also to allow them to control the story so that it never delves into territory they aren’t comfortable with.
-Chris Bissette, game designer of The Wretched and creator of Loot The Room

I could write quite a long story about how my playthrough went… But that isn’t needed because I already logged all my experience as a Flight Engineer in The Wretched via Tweets with photos that report my progress with the Jenga Tower and the cards. It makes for a really cool story!

You can read the whole story of my demise (because no matter which game I play my character always dies) by clicking in the following tweet:

from the airlock, but it remains alive and continues to try to access the ship. With a little luck I can repair the distress beacon and somebody will pick me up. This is Tomas, the last survivor of the wretched, signing off. pic.twitter.com/RsfQirEzDQ

The Wretched and Alone system allows for many types of stories to be told. The Wretched takes place in an isolated spaceship, but there have been many other games created with it, especially during the Wretched & Alone Jam, some of these you can even get for free. Another great one I’ve got to try out yesterday is The Sealed Library, a game in which you are the last remaining scholar in a library trying to save all the knowledge from the evil emperors/barbarians that are taking hold of the city you are in. Look around a bit and grab one to try out.

Despite being a great easy to play game, The Wretched is not for everyone. Firstly, solo journaling games are a kind of game that doesn’t suit everyone’s taste. If you, however, haven’t tried playing any solo journaling RPG before, give this one a try before you judge it by its cover. I highly recommend it. Additionally, the game revolves around feelings of uneasiness, solitude, depression, and helplessness. If you believe the game might be too much for you, the zine states how to play a shorter game, and includes some tips to prevent you from any uneasy surprises.

You can get the game by clicking in one of the following links:

If you liked this game and would like to try some other solo journaling game try out Ironsworn! I wrote a whole article about my experience with it you can read by clicking HERE