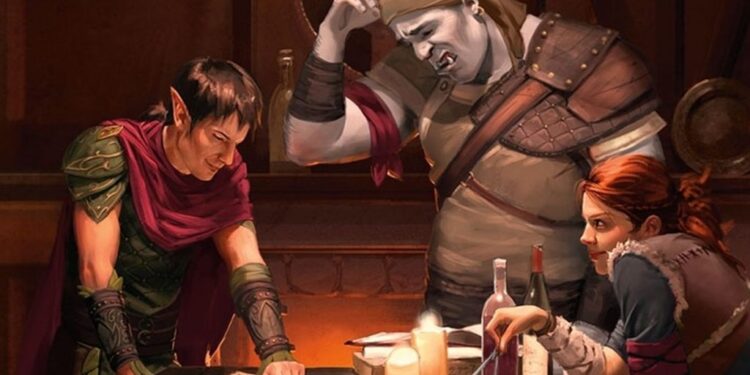 When building a setting quickly keep your focus on the immediate locations your party will be. No need to build huge kingdoms or eons of history. Stick to a small village with the NPCs your party might need: a smith, a cleric, and maybe a wizard. Create the dungeons or ruins they will explore and any areas a quest might take them. Feel free to tell your party you have a small area built out and ask them to play within it.

You can always expand the setting for next time, adding new villages and letting your setting grow organically. Some of the best campaigns start with just a simple village.

Keep it focused on your party

Your party is really the only people who matter in the fictional world. The rest of the world is there for them to play in, so make it focused on them. They don’t need to be world-shakers but use their backstories to build up their world. Is a character an ex-merchant? How about having their guild present in the village.

Use the pieces of worldbuilding developed by your party’s backstory to add depth and connection to your own world. This helps the players feel a part of the world, instead of just visitors in a generic fantasy world.

When in a time crunch, steal. Well, don’t actually steal, but think about your favorite movies, or books and take plots from them that you love. You can take a villain from one place, give them motivation from another, and BAM! You have a new villain ready to make your party miserable.

Seek out new media all the time from a variety of genres to add to your inner folder of inspiration. Nothing is original, people often say, and that’s true. What makes something unique isn’t the originality of the idea, but the execution. Make it personal, make it relatable to your players, and make it fun.

Simplicity is your friend. Have your NPC name tables ready to go, your tavern generators, and other DM tools. Keep your plots simple. Let the complex political plots of court intrigue go until you can devote the time needed to develop them. You can use this quick session to set up major players. Think of a quick session as a pilot. The players just need to know what they should care about and who or what’s in the way. Then the rest of the session is simply trying to figure out the “how” of completing the quest.

The time-honored rule of improv holds true in Dungeons & Dragons. Especially when you’re constrained by time. One of your players wants to be a knight on an epic quest for a princess? Yes! And they have followed an ancient scroll to the village, which is close to a ruin that might house it.

Your wizard a member of an order of magic users? Yes, and they have a branch in town!

Your drow cleric is exiled from their homeland because of their devotion to Bahamut? Yes, and the village is close to a monastery that promises to take in the poor drow and teach them deeper secrets of their god.

Working with your players to help build out the world can guarantee they are interested and invested in the world, despite its size or limit of scope.

Image from Wizards of the Coast. This article originally appeared on my now-defunct D&D blog.