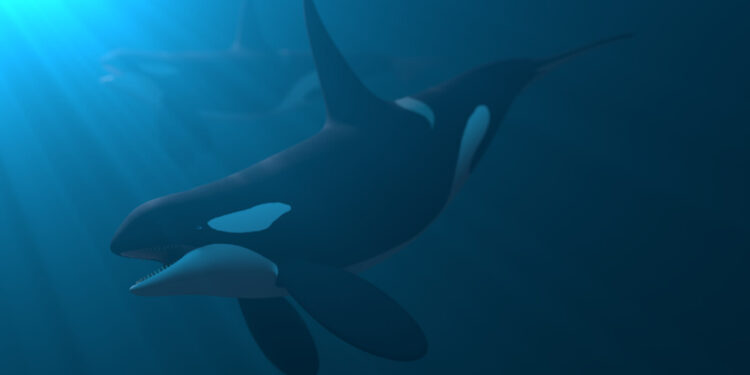 If you are looking to run more underwater encounters in a fully underwater campaign setting, check out the greatly successful Kickstarter campaign still going on Under the Seas of Vodari (but about to finish, so hurry up if you plan to get it)

Ocko, a sea dwarf brother to a powerful archdruid asked him for intelligent animals to play with. What the archdruid brother didn’t know is that these animals were going to help Ocko assault people and steal their belongings. Ocko’s brother awakened two killer whales to be his friends. Ocko also grabbed his giant octopus pet and named the whole group the “Dark Squad”. 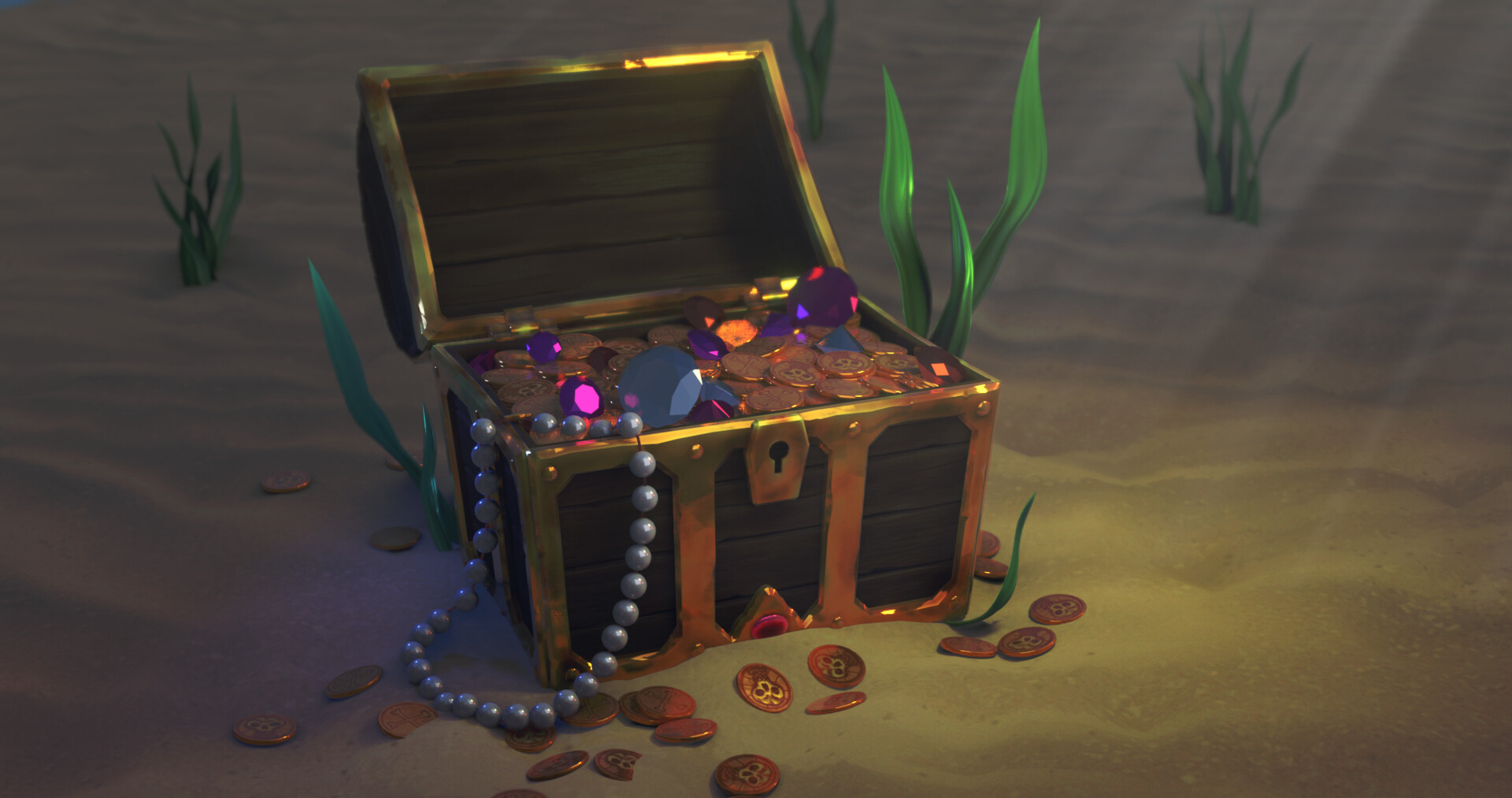 This encounter is intended to be found accidentally as a random encounter. However, the PCs may get to know some information about it beforehand by having one of these events happen:

A shout for help resonates coming from the bottom of the silent seas. The voice is deep but sounds as if it was from a young person. Next to two gargantuan rocks is a kelp covered chest from where the voice seems to be emanating

The chest is unlocked but closed, and Ocko (a sea dwarf) is hiding inside it. A giant octopus is camouflaging in the sand on the floor and having its tentacles look like kelp. A DC15 Wisdom (Perception) check reveals the octopus. If the player characters decide to ignore the pleading for help, the 2 killer whales hiding behind the rock will attack them, and Ocko will spring out of the chest to attack as well with his light crossbow. The octopus remains hidden until someone tries to attack Ocko. If, on the other hand, the characters open the chest, the giant octopus creates an ink cloud over them allowing Ocko to hide in it and start shooting.

Ocko believes that if someone was to steal from a chest lost in the middle of the seas they can’t be good people. He intends to do a vigilante’s job by doing this. He doesn’t want to kill, but steal from those who would steal, so he goes for non-lethal shots. His three other friends, on the other hand, just came looking for a fight.

Ocko and his new three friends are doing this to get some money and items they like, but have no intention of dying in the process. If one of them notices one of the others getting badly hurt, the rest will try to stop the fight and leave, calling it “a prank”. If the fight keeps going, those who can attempt to escape horrified.

Ocko will remain in the shadows as much as he can, using his special goggles to see from it. If possible, the giant octopus will try to get as many PCs as it can inside the ink cloud as well. The killing whales have blindsight, so the darkness is no problem for them. If done well, player characters that can’t see in the dark should have a very hard time trying to fight inside the ink cloud. If the ink cloud dissipates, or Ocko realizes it is not a great idea to remain in it, he will swim behind the big rocks and keep shooting from a safe distance behind cover.

Killer whales have a speed of 60, meaning it is extremely easy for them to swim at high speed from behind the rocks and get in melee range to the characters. If needed, they will dash so the killer whales can make an opportunity attack if a player character attempts to flee. Ocko taught the animals to prioritize those with light armor. That way, it will be easier to have their enemies surrender.

Every time Ocko lands a shot, he will ask his enemies to surrender. If Ocko dies, the animals won’t do the same. In fact, they will go for the kill in revenge.

Ocko is a sea dwarf that uses the bandit stat block with the following changes:

The killer whales are under the awaken spell. This means that they have an intelligence score of 10 and can speak Common

Ocko’s brother sends animals to investigate and find out who killed his brother. This can have Ocko’s brother become a potential villain in the long run. Being an archdruid, he can be a very dangerous one to have on the wrong side. If the giant octopus and/or the killer whale survives, they will be the ones to tell the archdruid, accelerating the come for revenge.

Ocko and the animals survive and don’t escape

If everything ends on a good note and the PCs end the attack without killing the Dark Squad, Ocko may be able to guide the PCs to his brother to progress the story. The archdruid may have information the PCs need or offer some reward for bringing Ocko safe

Ocko will consider the PCs his archnemesis. He and the animals left alive will come for revenge because evil must be punished in his opinion. He may or may not return with the help of his brother.

The Dark Squad wins the fight

If Ocko and his friends leave the PCs unconscious, they will grab their money and stuff and go, telling a nearby temple that he saw some people injured so someone can come for their rescue.  If, on the other hand, the party surrenders, Ocko will remove their stuff as well, but can be convinced not to grab all stuff or any with DC15 Charisma (Persuasion) or Charisma (Intimidation) ability checks. In this last case, if player characters ask anything about the talking animals, Ocko can guide them to his brother by succeeding the Charisma check.

How to Quickly Outline a Campaign