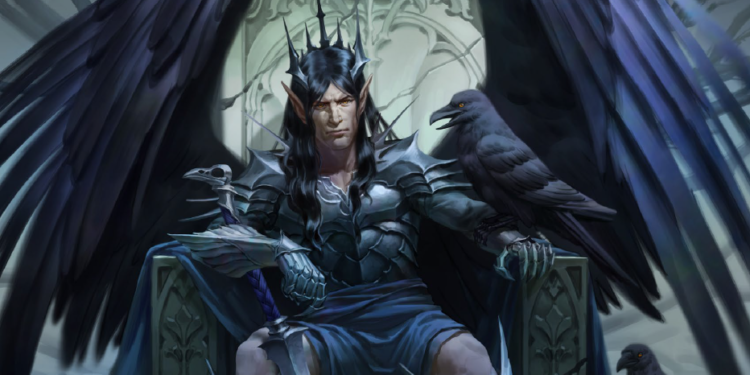 It took 4 emails for James Introcaso to send me the correct copy of Arcadia. He gave me outdated versions the other times. Nevertheless, the final version did finally reach me and I loved it! Just so you know James, I’m just mocking you, I make those kinds of mistakes constantly in my day job, lol.

In this issue’s Letter from the Editor, James talks primarily about how grateful all in MCDM are for how much the public loved Arcadia. The magazine won’t be stopping any time soon! It then gives us some very interesting results from the surveys MCDM sent those who are Patreons. It seems that most Arcadia readers are DMs, and from that percentage, most are forever DMs. I kind of expected it, but it did surprise me nonetheless.

MCDM readers seem to use the virtual magazine in the same way I do: grab the parts I like the most about the article to add into my homebrew world, and discard the rest, saving them for a possible future date. This meant that the adventures were the things readers cared about the least (even though they were amazing). In order, readers seem to care the most about the following stuff: New creatures, magic items, encounters, locations, spells. This will be reflected in future issues of the magazine, but James stated that even less popular options will keep appearing! Worry not!

As a sequel to Issue 1’s Jumping on Mounted Combat, Willy offers us even more options for mounts. With this I am not only stating new monts, but new mechanics, magic items and other things as well! Woot woot!

If you don’t have the first issue, then you will be lacking the rules for taming and mounted combat and abilities in general. I find it weird they didn’t add at least a little side box with some brief rules. If you don’t have the first issue you will either be forced to get it or invent your own rules. Luckily, the creatures’ stat blocks alone do most of the teaching on how mounting creatures goes.

All these magic items look to make it easier for players to have mounts, while some offer some extra benefits as well. If you’ve seen the first season of Critical Role, you already know how bothersome it can be to have an animal companion (a mount in this case) and not being able to use it in dungeons, or how much attention they can draw. 8 different magic items are here to solve your troubles, even going as far as giving water wings to move and breathe underwater to your mounts! (great for our incoming Under the Seas of Vodari campaign seting!)

We are offered 4 new mounts! A giant axolotl, a chuul, a bulette, and a purple worm (!!!!!). In summary, two water mounts and two burrowing ones. I believe Willy created these four to state how easily one can create mounts of any type for monsters, even going for mighty powerful ones like the purple worm, or creatures that aren’t even in the Monster Manual, like the axolotl. I find the giant axolotl too cute not to give to the players, while all the other ones look amazing for mounts that enemies or frienemies would use (and player characters will definitely steal)!

As if monts were not enough, we are given a backstory for an intelligent purple worm that can work as a mount. I really like these sort of monster stories because they are very easy to implement to your own games, and it saves you having to think for an interesting creature for your next encounter. 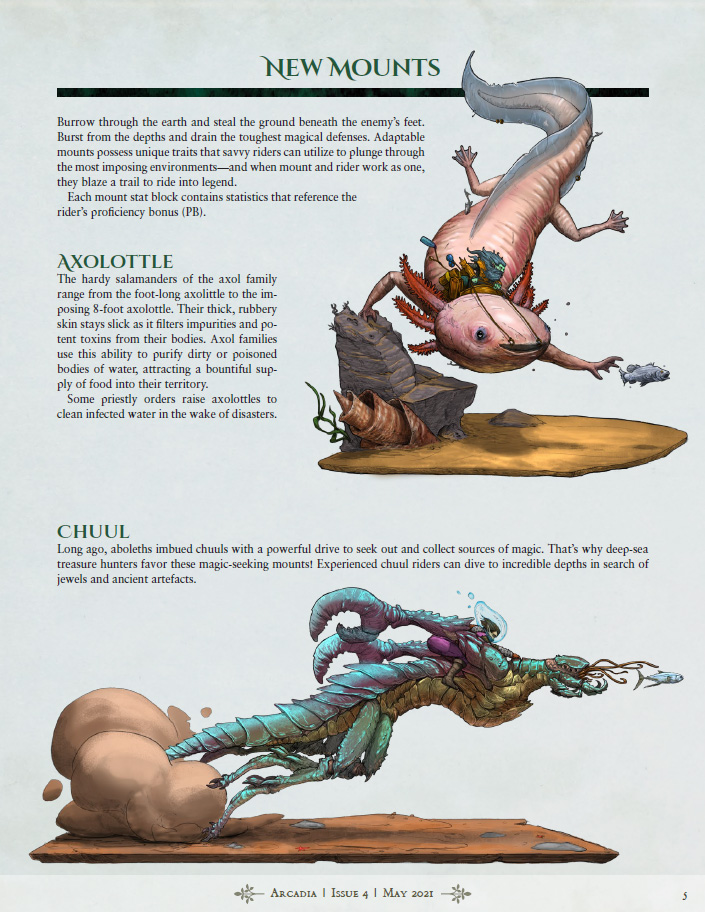 This one easily became my favorite article from all Arcadia issues! It gives you a Candlekeep-like library, only it is far more interesting! This location comes with all sorts of things, following the sort of motto Matt Colvile has come to use: “We’ll pay you more if you make more cool sh*! to go along with it”.

The concept behind the library is that it has pretty much all sort of books, from the simple ones to the most evil and powerful books you can imagine. It is on no map and definitely not easy to enter. Everything was made to have this library sealed from the dangers of those who might seek it for evil purposes. This, in a way, makes it so that player characters cannot take advantage of its knowledge and power with ease. The article is built in a way so you can easily steal what you enjoy and add it to your own library in a very modular manner. This is made by creating something that can be easily applied to any setting accompanied by great lore that isn’t tied to any other existing thing. 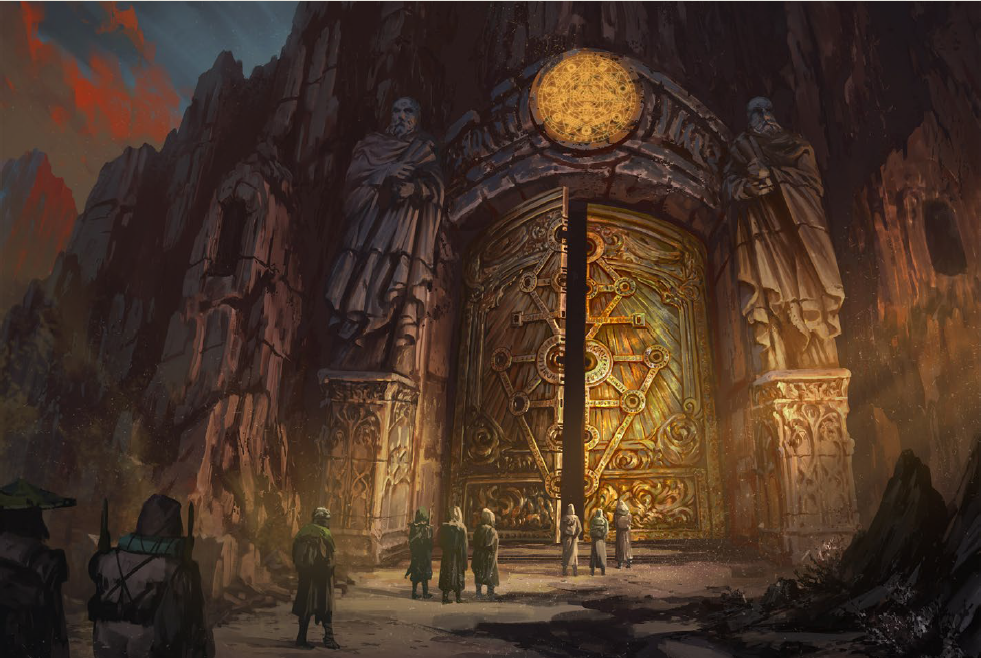 The Chained Library comes with its own guardians (with stat blocks), interesting NPCs, and more. The guardians even state in their stat blocks the necessary things for PCs to be able to use the guardians’ oversized weapons once killed, which is a very nice detail. There is a section from the library that has souls imprisoned inside of books that call to people to free them. Even if I wasn’t to use this, the idea of having a wizard insert their consciousness inside of a book sprang to mind while reading it, which is exactly the sort of things I read Arcadia for (content AND ideas). One starts having nightmares and going insane in a Lovecraftian sort of way by staying too long in the library, stealing from it means you get cursed (and can even die).

Apart from the NPCs, this article comes with something similar to secret agents and mercenaries that work for the library, that allows for hundreds of adventure hooks. Is this not enough? The library and everything that surrounds it is some sort of faction of its own that the PCs can join or have as an enemy. More adventure hooks and magic items that tie very well with the library are included in the article. Lastly, I have to say that there was something I didn’t quite like about the library, and that was the maps that came with it. In comparison with others, these don’t seem as high quality as the rest and make the library seem much smaller than I imagined. If I were to use the Chained Library I would definitely take inspiration from the desert library from Avatar: The Last Airbender. 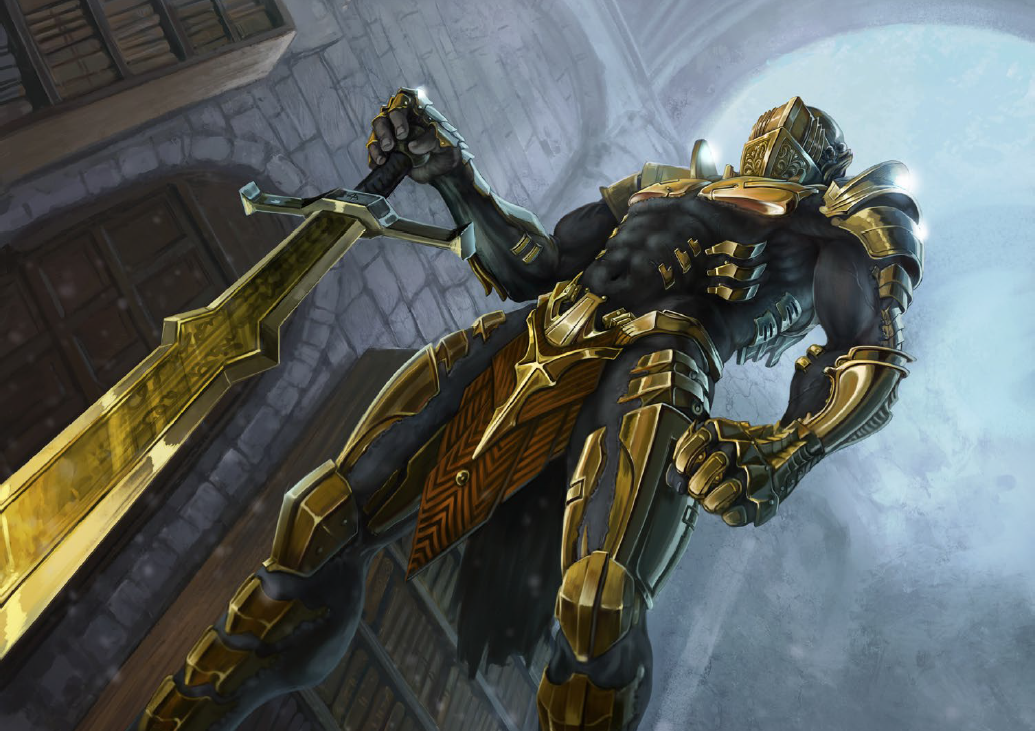 Derek offers us 5 different encounters to easily drop in when your low-level characters are traveling from one place to the other. This makes journeys more memorable. The excuse for not adding in higher-level encounters is that at a certain point PCs usually teleport in some way or another from one place to the other, making treks by foot almost nonexistent. That makes a lot of sense. However, Derek added in a sidebox detailing that all these encounters can be easily scaled and how to do so.

If you have read any of my Monthly Encounters, this is pretty much the same thing. They are short encounters with some interesting thing that separates it from just being “1d4 bugbears” rolled on a random table. They all come with some reward, an interesting story to tell, some twist, and art. Unluckily, only one map is offered for all 5 encounters. While the map is made to be used with the first encounter, it is highly reusable, so you may be able to reuse it for some of the other encounters.

The encounters were built in a way so you can easily know what it is all about just by reading the first two sentences. They all have something that makes them unique and are made to be easily placed in your own game when you run out of ideas or are looking for a random encounter. My favorite is definitely one about a cartographer that the PCs find in the road, who asks to accompany them. The cartographer, however, is traveling with the PCs to test them. If they end up being people he can trust the cartographer offers a very special mission for them the next time they meet. I found it to be simple but really original. 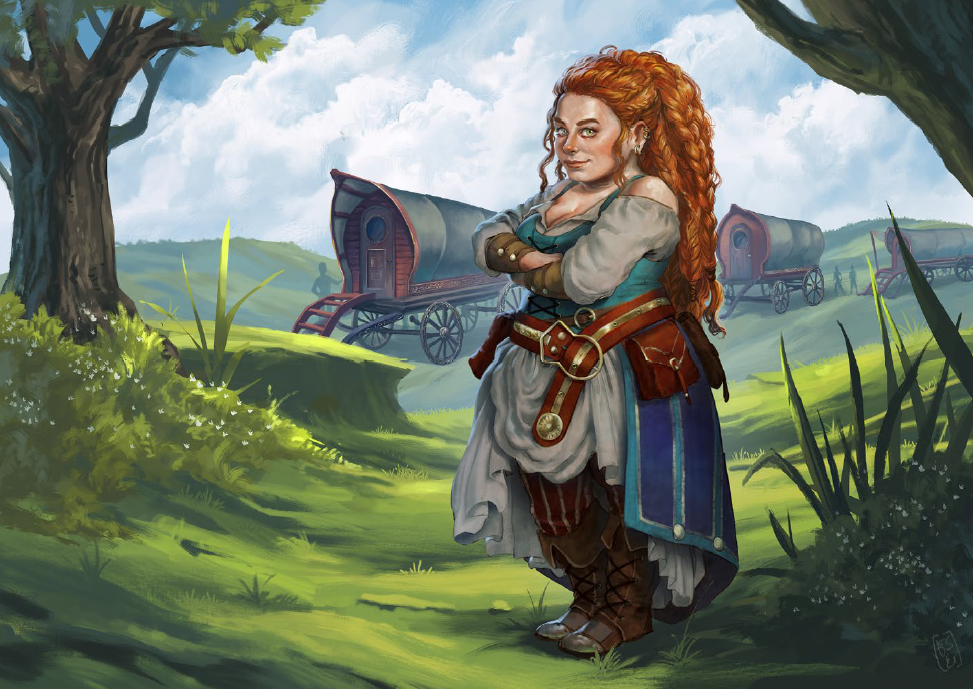 Arcadia will keep coming monthly and I’m all ready for it! I’ve found some use for the things included in the past articles and I plan on doing the same with the future ones. It’s great that they are studying their market as that only means we’ll be getting more useful stuff in the coming months!

As far as what I think of this issue, this might be the weakest for me so far. Swimming Through Sand to Sea offers many interesting things, and maybe I might steal one of the mounts for some villain, but that’s about it. The Chained Library is the reason for me to want to get this issue, and if they offered me that issue in the DM’s Guild for $5 I would definitely pay for it. Lastly, On the Road Encounters provides me with interesting encounters I will definitely use in some future games, but they don’t excite me nearly as much as the things that came in other issues. All in all, I would get issue 4 primarily for the Chained Library, but don’t underestimate the other two articles! They might end up being pretty much what YOU need, and are quality content as well.