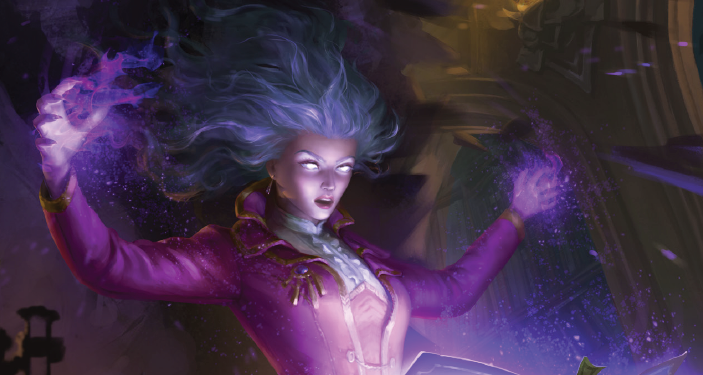 All art comes from the reviewed product

In today’s article, I’ll be talking about a new product from the DM’s Guild named Van Richten’s Libram of Lineages. If you liked the whole lineage system from Van Richten’s Guide to Ravenloft (more on that HERE), should you get this product? Let’s check it out:

Disclaimer: The people at Splinterverse were kind enough to gift us a review copy of their product. 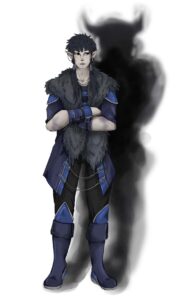 When reviewing products I always like to make a note about the art from it, as it usually is what first catches the buyer’s eyes. This product has art for most of its pages. Each of the four lineages has a separate piece of full body character art that perfectly illustrates what the lineage is all about. The rest of the pages has different illustrated trinkets that occupy the empty spaces while giving the buyer more ideas on how to create their characters. The art is quite simple but very good for an indie product from the DM’s Guild.

The product’s layout is similar to your typical D&D book. Two columns, lots of tables for inspiration, and everything you would expect out of a good D&D DM’s Guild product. The first page offers an introduction with a brief description of all lineages and ideas on how to use them. Additionally, each lineage has a made up quote from Van Richten giving his own opinion about the lineage in a similar way to how Xanathar, Mordenkainen, and Tasha give commentaries on their official books. Doesn’t add much, but it’s a nice detail to have. 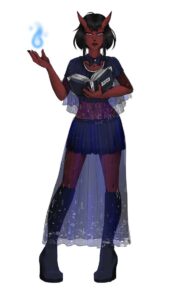 All 4 lineages have a very dark feel to them and are made to easily fit into any spooky setting. However, these are made to fit as well into any other type of campaign. Some can receive some tweaks to be made better, such as the shadowsoul, which involves having your shadow be from a different creature but for some reason only allows normal humanoids. Having the shadow be of an orc, a naga or a mummy could create very interesting stories as well and play a bit more with the spooky side of the lineage.  Nevertheless, all lineages come full with inspiring descriptions of their looks, how other people usually see them and possible causes for a usual race to become this lineage. This is done with your classic rollable tables. I’ll never get tired of those.

The lineages go from curses, to illnesses, soul-links to objects and more, but are written in a way that are mostly open enough to inspire the player to fit with the backstory they have in mind. Both the key keeper and the book bearer come with tables to better describe and make the object that makes you unique. By combining these tables with the ones about the lineage origin, your imagination can easily come up with interesting stories for your character. The only thing I wanted to mark as weird is one of the sections from the key keeper lineage, which is intended for GMs by having some ideas on how the PC can remove their curse,  but is right next to the content the player has to look at to build their character. It might have been better to have this content appear somewhere else so as not to be read by accident.

Inside the product, you will find the following lineages:

Accompanying the lineages come a set of optional rules DMs can implement in their games if they have players looking to play these lineages. What happens if a PC’s endgoal is to remove their curse (aka their lineage)? The Libram of Lineages offers some tips on how to do that, followed by examples. There’s also the chance for a PC to stop being a lineage to start using another. That’s also within these rules! As if that was not enough, there are some adventure hooks examples on how the PCs can have their characters get these lineages.

All in all, I really liked this little product and will definitely offer these lineages if I am to run a spooky or horror themed campaign. Some of the lineages have their problems, but they are nothing that can’t be solved with minor tweaks. The most important things about these lineages are the ideas for character concepts in my opinion, and that makes the $2.99 well worth the money.

You can get Van Richten’s Libram of Lineages by entering the link below:

GO TO THE DM’S GUILD