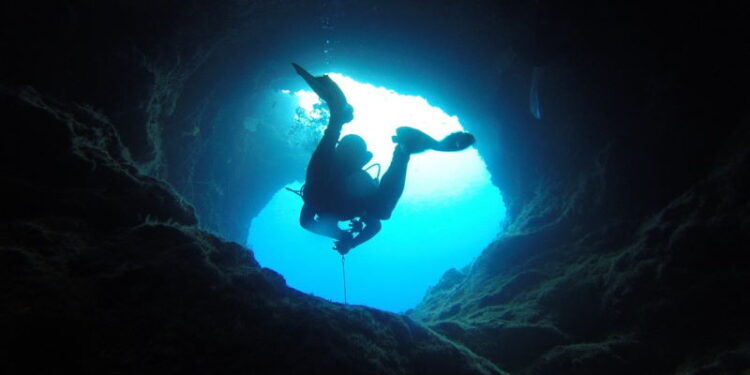 You see “aquatic” in one of my article titles, you know I’m working on stuff for Under the Seas of Vodari. Today, I’m thinking about how water, buoyancy, cold, darkness, and pressure might influence the construction of traps in dungeons. This might be a more direct window into my imagination and thought process than usual. I’m aiming for at least two standard traps and at least one complex trap.

Now, there are a lot of standard traps that still work fine. Magical traps – things already based on seeing a glyph, magically-sensed proximity, that kind of thing – don’t need to change underwater unless they’re exclusively based on fire for some reason.

Here are some things that don’t make a lot of sense underwater.

The takeaway here is that trap triggers are in a dire situation (i.e., writing new ones is the best use of my time), while trap effects are a reasonably even split between “solvable problem” and “non-issue because magic.” As far as that goes, there’s nothing stopping you from using gravity magic to make pit traps full of spikes perfectly cromulent, except that pairing gravity magic with a damn pit trap is no one’s reasonable use of resources. (Also, ahem, Dunamancy is very much not OGL-compliant content!)

Here we benefit from the advanced tech axiom of the Ancients. The idea behind the temperature trigger is that the temperature of the water is very cold and steady, until something warm-blooded is in the area. The trigger is a vial filled with a tiny amount of enchanted mercury or some other magitech, which activates the trap when it warms and expands. Of necessity, the trigger is exposed or very close to the surface of a wall; probably it sees most of its use in places an intruder would be for an extended time, such as immediately before a locked door.

Moving water pushes hard. Again tagging in the advanced tech of the Ancients and current tech-savvy undersea people, I’m imagining something close to a submarine turbine. I kind of want to use it as both trigger and effect. You could do a thing where a current pushing a turbine was the trigger, right? What I’m saying is, use this as a single thing, or break out the trigger and countermeasures, and attach a new effect.

Turbine Trigger. A creature that moves more than 5 feet per round within 20 feet of the turbine triggers the trap.

Effect. The turbine pushes water in a 10-foot-radius cylinder. A creature in that area that fails a DC 16 Strength saving throw is pushed 30 feet into spikes, taking 3d10 piercing damage. A creature that doesn’t have a swimming speed has disadvantage on this saving throw.

Reverse Effect. The turbine pulls water in a 30-foot cone. A creature of Large size or smaller in that area that fails a DC 16 Strength saving throw is pulled 20 feet toward the turbine. A creature that doesn’t have a swimming speed has disadvantage on this saving throw. If this brings the creature into contact with the turbine, it takes 6d10 slashing damage.

Countermeasures. The turbine trigger is visually obvious; a successful DC 18 Intelligence (Investigation) check reveals its function and which direction it will move the water when activated. A creature within 5 feet of the turbine can disable it with a DC 18 Dexterity (thieves’ tools) or Intelligence (thieves’ tools) check. A creature can anchor itself to a surface with rope or chain with a successful DC 18 (mason’s tools) check.

The goddess of monsters protects her temples with these massive statues of stone, bronze, and shell. The idol stands in the center of a wall 80 feet long, in a ritual chamber that is 60 feet wide and 30 feet high. Its features are grotesque, combining elements of natural beasts and horrific monsters of the sea. The ancient enchantments placed upon the idol transform intruders and compel them to fight their allies viciously.

Trigger. The idol activates when two humanoids come within 60 feet of it at the same time. A disturbing array of twenty-four eyes on the idol glow with an intense purple light, which diffuses through the water.

Agonizing Transformation. The idol’s many eyes flare, and the idol randomly selects half of the humanoids within 60 feet of it to roll a DC 13 Constitution saving throw. Creatures that fail this saving throw take 1d10 radiant damage and roll 1d6 on the table below.

Surging Power. After its turn on initiative count 10, the idol’s power increases. The DC of Agonizing Transformation increases by 2, and the damage a target takes on a failed save increases by 1d10.

Constant Elements. The Poison Vents affect each creature that ends its turn within the area of this element.

Poison Vent. Small vents on the idol open and spew out jets of poison. Each creature within 5 feet of the statue rolls a DC 14 Constitution saving throw, taking 2d12 poison damage on a failure, or half damage on a success. A 5-foot cube that includes each creature that rolls this saving throw is lightly obscured.

Agonizing Transformation. All transformation effects on a target end and its body parts return to normal when its hit points fall to 0. A dispel magic, alter self, or polymorph spell can remove one transformation.

If the characters collectively succeed one Intelligence (Religion) or Charisma (Deception) check per humanoid within 60 feet of the idol while it is drained of power, the goddess can be persuaded not to empower the statue again. The idol goes dormant for 24 hours. The creature rolling the Intelligence (Religion) or Charisma (Deception) check must be on the idol or within 5 feet of it to attempt the check.

The idol has 600 hit points and 18 AC. As an object, it is immune to poison and psychic damage and all conditions. Reducing it to 0 hit points disables it for 1 hour; at the end of the hour it re-forms as if new.

Complex traps are hard to write, y’all. I haven’t really sorted out the damage per round that it deals – that’s a later development step. The story of this idol is all about the goddess Dokahi, who is super important in Under the Seas of Vodari. We’ll see what the lorekeeper members of the creative team think about what I’ve done here.

My hope is that it feels like your bodies are getting turned against the team itself as you struggle, so that the single Active Element is enough. One of the specific tough things in a complex trap and in a boss fight is having enough layers of stuff going on and other considerations to make it interesting.