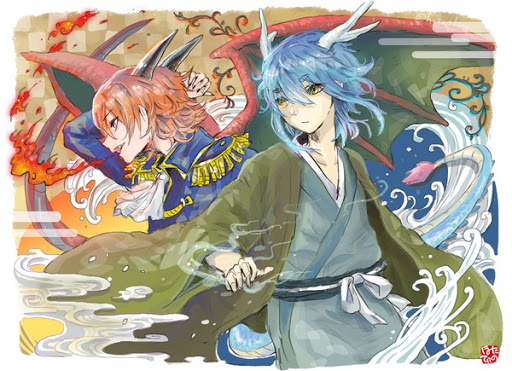 Welcome back to the world of STORM EDGE: THE ADVENTURES IN EIGHT ISLES! Last week, we  introduced the lore and variations of each races in The Eight Isles (Click here for refresher).  In it, we have briefly touched on how Dragonborns in The Eight Isles are called Ryujin and substantially different from their counterparts in other worlds (just like their Dragon ancestors are). This week we are delving deeply into one of the new race options for The Eight Isles: RYUJIN! 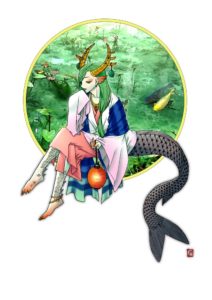 Ryujin all possess a jewel-like structure called an Orb on their chest, with the color varying depending on their ancestry. Instead of breath weapons, Ryujin possess innate magical abilities attributed to their orbs and they often look more human than traditional Dragonborn (of course some could look more like their Draconic ancestors too if you prefer that). Their eye and hair color match their Orbs, which is determined by their ancestry (and there are largely eight types of Ryujin). Additionally, they have scales covering some parts of their body part of torso, shoulder, back and legs. parts of necks and face too sometime), a tail with a bushy end, and a pair of little antlers instead of horns on the side of their head. (*See below for more.) 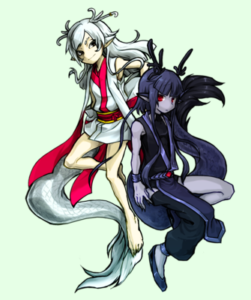 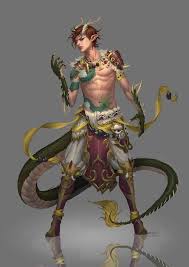 The following adjustments are made for the Dragonborn Racial Features when applied to Ryujin.

When angered, your eyes glow, radiating awe-inspiring aura. You gain the following benefits:

You inherited the integrity and majesty of your dragon ancestors. You gain the following benefits:

You have inherited the ancestral ability for flight. You have a flying speed of 30 feet if you aren’t wearing heavy armor and aren’t exceeding your carrying capacity 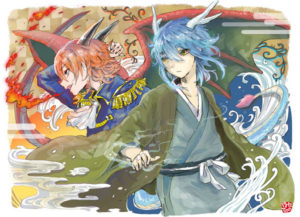 Monthly Encounter #11: Of Giants and Dragons ...