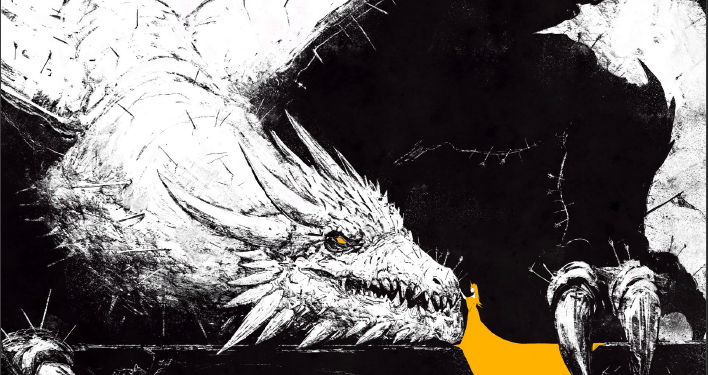 Arcadia 13 just arrived, giving us our monthly dose of D&D goodness. This month doesn’t particularly feel as if it was following some theme as many others have done before. Nevertheless, I’m very happy that what I talked about in my previous breakdown about Content Warnings was right after all, and James made sure to talk about it in his Letter from the Editor:

On the previous Arcadia issue, one of the articles had a content warning message before it, while another of its articles made sure to talk about taking certain decisions from the DM side with consent from the players. James explains in his letter that this will continue to be added from here on out in future Arcadia issues, and admits they did wrong by not implementing them in some past articles. The fact that they learn from their mistakes and little by little improve on making the best possible product they can make is truly admirable, biginning with some other maybe less noticeable things such as adding alt text to images, or formatting the text for easier use of a screen reader.

Greatly planned manuevers are things that are often seen in media, such as the Fastball Special from Wolverine and Collosus in X-Men, having Ironman’s blasts reflect from Cap’s shield, or passing around weapons in swashbuckling films. Everyone loves recreating these moves, but D&D5e as it is doesn’t encourage the use of these mechanics. To the contrary! Using the help action to allow someone else to make a cool move is with rules as written, inferior to just using both actions to attack.

The article talks about adding montage training as a thing to do in downtime to learn new manuevers. Training montages are definitely my jam, so I love the fact that they are a mechanic to learn them. There’s even a complications table with things that can happen to cause the manuever to last longer to learn. The article proceeds then to give 14 different manuevers for PCs and monsters to do, offering 10 additional ones for monsters (that player character may try to emulate later), varying from manuevers from minions, brutes, and leaders. Lastly, there are three extra manuevers for dragons that fight together, cause they are that cool.

Last but not least, this article adds in some character options, such as optional traits you can give some classes to be better at manuevers, as well as a feat. Additionally, there are 4 magic items that complement greatly with the manuevers just introduced, such as the Shield of Magic Reflection, which can deflect an allied’s failed spell attack to make it hit the target. 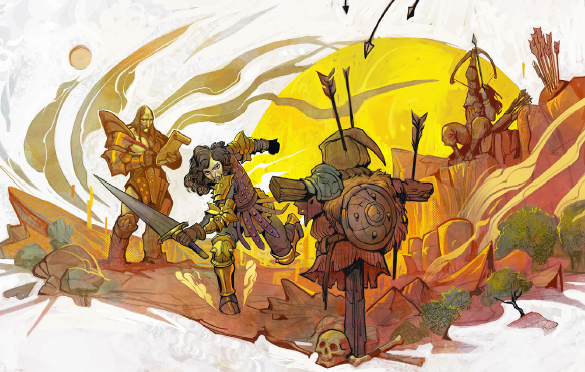 Having issue 12 have an entire article that talked about fey monsters, it is a bit weird that MCDM decided to have another fey monsters article one issue later. Issue 12’s one is more about dark creatures, whereas this one focuses on the whimsical side of the faerie, which is just if not more scary. 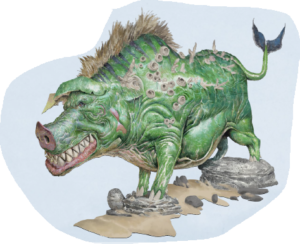 There are four (technically five) monsters that have been taken from fairy tales such as Alice in Wonderland and given stat blocks. These have very original mechanics introduced such as causing PCs to hallucinate, causing their skin to putrify, and more. The art for these creatures are gorgeous as always, excepting the snark, which not having a true form meant that there wasn’t a great way to create art for it.

Some notes on the stat block design

As for the stat blocks, from what I see, the monsters appear to be well designed and balanced, especially for Tier 1 and 2 parties, with some of them becoming dangerous as a group to Tier 3 characters. Nevertheless, something that I found weird is that there is stuff in the stat blocks that are pretty unnecessary to be located there, offering information that doesn’t help during combat, but is an interesting enough thing to be written down. I would rather see these things, such as cures for the putrefying effect, or things that the characters see when they are hallucinating, in the monster description instead of its stat block.

Lastly, another thing I wanted to point out are things that don’t seem as if they had been playtested. The obnoxious Electrifying Skin from the Mome Rath that forces PCs to roll saves every time they hit or are hit by the monster, as well as the Hag Moth’s ability to incapacitate PCs by hypnotizing them in a very OP way should have been found out on a first try with the monster. The latter works pretty much identically to the hypnotic pattern spell, except this ability doesn’t indicate the effect stops in any way. Even the spell indicates the effect duration or how to help a PC snap out of it, but this ability doesn’t. While it seems to be a minor slip by, this can have beginning DMs not know what to do once they have caused this effect on a player character, and I find it weird to see something like this on such a premium product as Arcadia is.

As not to end this article breakdown on a bad note, because I actually really enjoyed it, take a look at this putrid kitty: 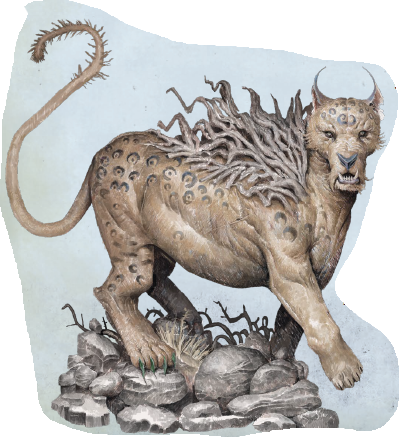 Mario Ortegón is back again with another article, and just like the previous one, this one is a banger! The concept is simple: a person can become a ghost for a great amount of different reasons. Why not make them different and classify them in different categories? Thus, the article provides us readers 8 different types of ghosts, each with a little extra thing to add to the ghost stat block, as well as a full description of how they may look or behave. Lastly, we are provided with an example ghost for each category, with its own backstory and way to exorcise it.

The ghost categories range from very different themes, such as your classic vengeful ghost, or a ghost so devoted to an activity, it keeps trying to do it even after their death. All of them come with a haunting section, showing ways the ghosts interact with the environment and why people may want to get rid of it. Next time you want to bring a special ghost to your game, just roll a d8 and give it the personality you rolled. It’s definitely going to become a much more memorable experience. What’s more, exorcising the ghost can become its own separate mini adventure. As this was not enough, the article is vague enough that you can totally grab this article and use it for practically any RPG that might feature a ghost! 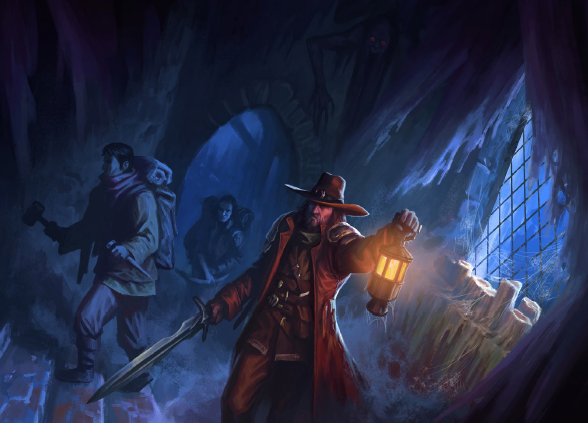 This might not have been the strongest issue of them all, but as always, it contains its own gems in it. I’m pretty sure that manuevers can make your game feel much more swashbuckley, which is always I approve in my games. Even if you don’t want players to use it, you can still surprise them with the monsters having their own manuevers! The monsters of wonderland, despite my criticism, has very unique monsters I will definitely add to future roams into the Feywild. They are the type of weird that freaks out your player because of how unexpected they are, which is definitely my jam. Lastly, the ghosts article is very unique in the sense that it gave me tons of adventure ideas while reading it, and that I not only want to bring these ghosts to my D&D game, but to other ones I am running or planning to run!

What did you think of this particular issue? Is one of these totally what you were looking for? Did any of them spark an adventure in your head? Which of the three articles was your favorite? Let me know in the comments below!