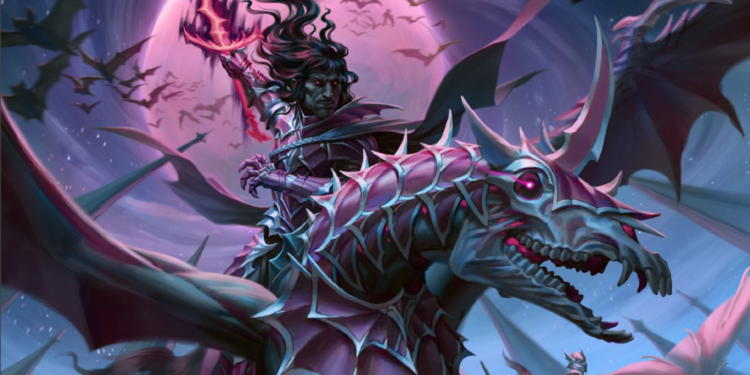 A new entry in Arcadia has arrived, mounting a pegasus of death with an undead knight riding it! What an amazing piece of art! Definitely one of my favorites so far! This new issue of Arcadia promises much, so let’s see what it’s got to offer!

James provides us his last letter from the editor before passing the baton to Hannah Rose, the new Managing Editor. Does this mean we’ll be seeing Editor Notes from Hannah in the future? I hope so, but it isn’t fully specified. Hannah has done amazing jobs in the past, so I’m excited to see what she has to offer to Arcadia!

Additionally, James indicates that this issue from Arcadia is all about cool locations, and how important they are to RPGs. He even goes as far as to give a full example on how to create a cool location, getting so carried out while doing so that he ended up wanting to create a whole article about it (that I hope we get to see, because his idea is cool af).

If you are looking for a goo-themed location, then this article is made just for you! Including more than 5 different places to visit within this “city”, some more detailed than others, this is a place that can easily fill up one or more entire sessions, or become a place your players will obsess over and want to know all its nooks and crannies. Yeah, it can be scary. Yeah, it’s NPCs may not all enjoy your presence, and there may be monsters looking go kill you, but there are great magic items to get from here, as well as a possible fountain of youth? 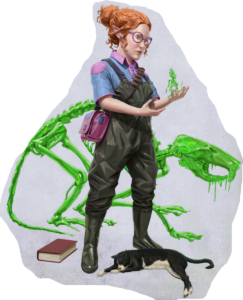 The monster design is excellent and really great themed! There’s rat goo that can become bigger and deadlier by combining with others, a goo hag that may repulse your attacks, and apply skin care during battle, and a literal god that died to become goo (with a gooey mechanic that I’m REALLY looking forward to try out)!

The weird thing about this article is that it is written as if the NPCs that guide you through the city narrated your surroundings. This is an amazing way to know how to roleplay the NPCs, but at the same time, you may end up having more text that you may want, as it is not only details, but opinions that you are reading. I absolutely enjoy the novelty of trying this out, but it isn’t my cup of tea.

One thing I find amazing about this location is the fact that it is made for PCs of any level. The place is not made to be menacing to the PCs, but a place that can be deadly if you act with hostility. Low level characters might end up having adventures very different from high leleved ones. You can shop, have some roleplay or explore without much problem, except from some small goos. Now, if you are looking for treasures beyond your imagination, come come back when you are 12+ lvl and start swinging your sword! Not that it is actually needed though, as you can get a whole lot just by roleplaying the right way.

Even though this article has three different locations you can use, they are more encounters that locations per se. That doesn’t make them any less interesting, as these include weird ways in which you can emerge victorious, different from just dropping monsters to 0hp.

Encounter for 1st level characters. Something weird is going on in a village. All people in it are moving in the same directions and doing the same actions at the same time, as if all of them were being puppeteered as one. It is up to the adventurers to discover what is going on and solve the problem, if possible with no causalities.

This encounter offers a possibility of combat, but the way to get the best results is to actually solve the problem in a clever way by thinking out of the box. What’s more, you may be able to get a fantastic magic item if you solve this encounter (that can be used in incredibly creative ways in the right/wrong hands).

Encounter for 5th level characters. Soil Displaced by the Stubborn Roots of Love’s Rebellion is the name of a true elf (yeah, that whole chunk of text). PCs can call him Roots, but they‘d much rather you don’t. I love wacky names like this so we are off to a great start. Something happened and this true elf who used to be a chosen one of their god lost their powers, and a cult is after them.

In order for you to complete this encounter, the PCs need to protect Root for several rounds while waves of enemies appear. Roots is trying to complete a ritual and shouldn’t be disturbed. Otherwise, it’s going to take longer. It’s a very common kind of quest from videogames. I’m intrigued to see how well it works in RPGs.

Encounter for 5th level characters. If you ever wanted to play some sort of Pacman game with your RPG characters, then this is it! This is the encounter for it… except that instead of cute ghosts you have an adult blue dragon. Play the game that the dragon sets for adventurers, grabbing the … *ehem* treasure hoards along the way and attempt to escape back with as many as you can! If you die, the dragon keeps your wares and adds them to the game.

This minigame looks like one you can have a ton of fun with, and the fact that you are being chased by a freaking dragon just makes it even better. I might personally add some extra rules to have the characters run slower the more things they collect. Nevertheless, I’m pretty sure that even though the dragon has the advantage in this territory, lots of players will ignore the game and try to kill the dragon to get all the loot. You must play the dragon smartly so this doesn’t happen, which puts a bit of pressure on the DM. 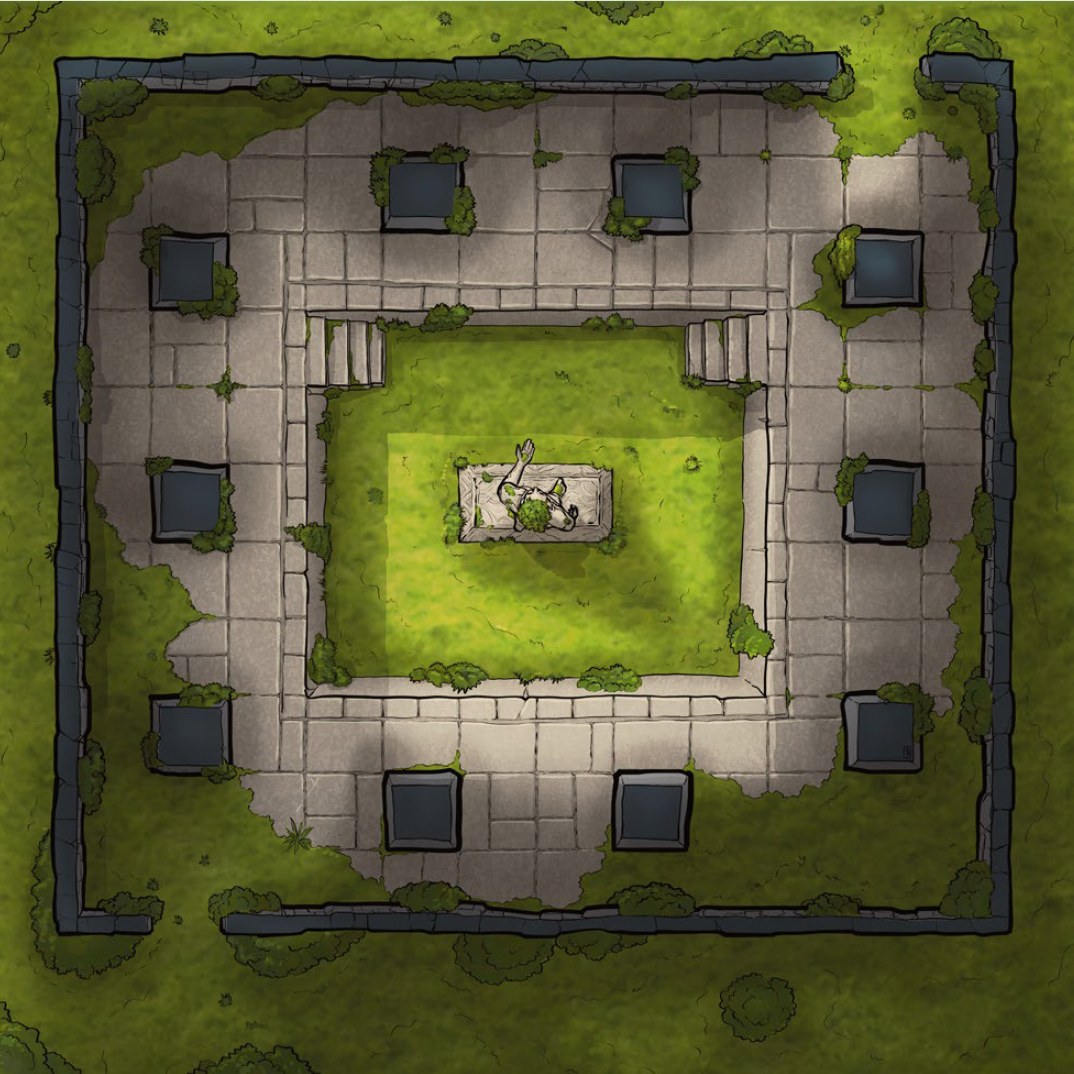 Often used in many kinds of media to prove a character’s worth, or growth, or used in games as ways to challenge characters, trials are a story trope that can be great to drop in front of your players. Sadie and Amber (I think it’s the first time we have two game designers for one single article?) created three detailed divine trials for the PCs to partake in. However, as these are so great you can’t just have them in one single article, it will be divided into multiple Arcadia articles, meaning there are two more trials left to be seen in the future. 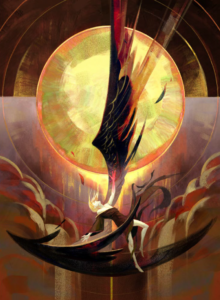 The Sun Trial is heavily inspired by the tale of Icarus flying close to the sun. Acts of great pride, ambition, or attempting to cheat on a trial are looked down on in here, having the PCs gain Heat Tokens by doing those things. The heat tokens provide an interesting mechanic as they accumulate these tokens without knowing, which will serve as punishment in the last of the trials as some kind of “Told you” that the trial itself throws at the characters.

There are three trials for the characters to face. The first one consists of a banquet in which the characters can either gloat about their glorious acts with some nobles in exchange for prices, or help the servants. The second one is a gladiatorial arena, in which the PCs can decide to face as many champions as they like, gaining rewards for each one they face. Lastly, there’s the celestial adjudicator, who throws all the heat the PCs gained back at them, and uses different abilities and damage depending on it. As you can see, all trials have some kind of risk -> reward element attached to them, but that level of pride and confidence will just make the final blow hit harder. It’s a very interesting mechanic to see, which I’m very intrigued to see in action against a party of lvl5 characters as the article suggests. 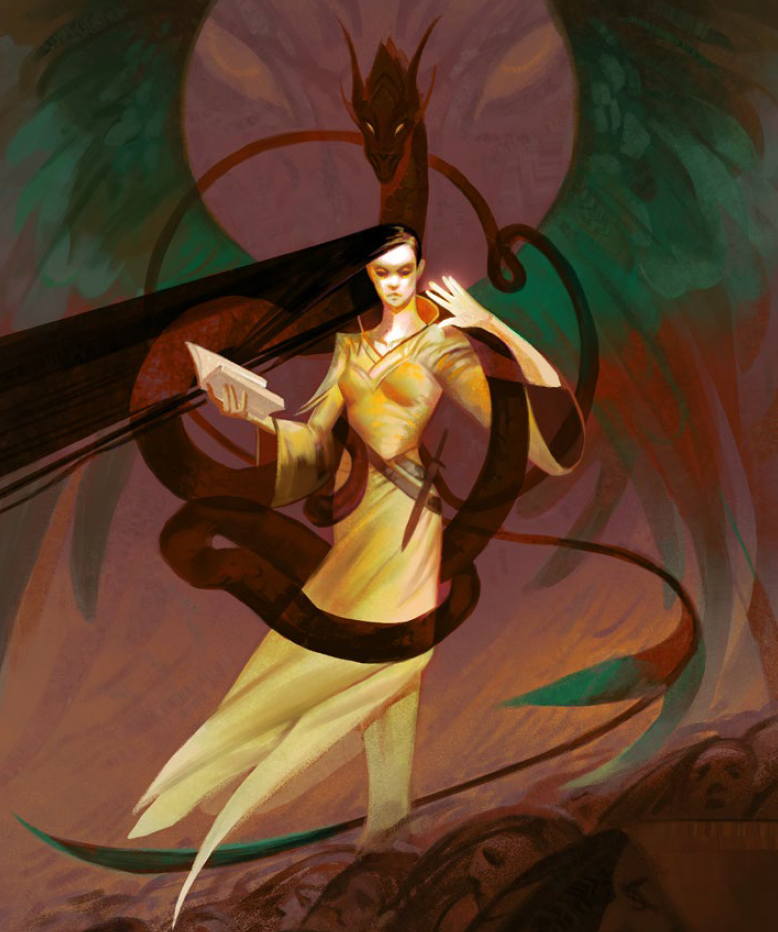 In conclusion, this article has a lot of the things I love to see from Arcadia. You can be sure I’ll be using Visco City really soon, as I adore what it had to offer and the theme behind it. The encounters with unorthodox winning conditions are amazing as well, and the fact that they are so modular make them great to use both as one-shots and to plug and play into pretty much any adventure or campaign. Lastly, the divine trial has a great concept behind it that I may steal things from, but I look forward to see both other two trials to get the full picture.

Are you looking forward to adding any of these locations to your campaign? Are there things you would have changed about them or will definitely steal for your game? Tell me all about it in the comments below!!