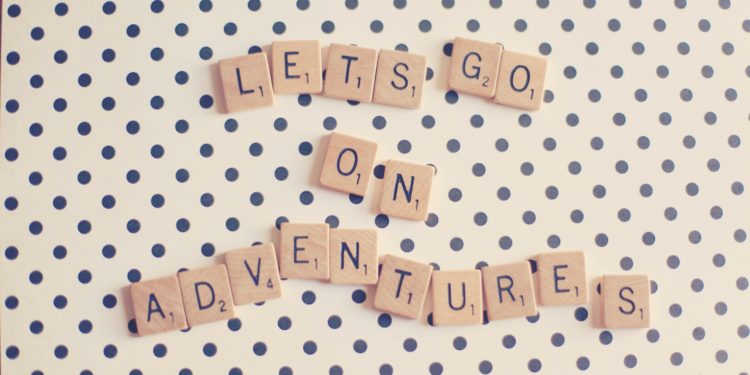 The schedules have finally aligned! You and your friends are gathered for a tabletop game night.  You’ve jotted down your notes, checked your dice for luck, and have a snack nearby. You’re ready.

The game starts off great. But then…something changes. The game stalls. People get up from the table or check their phones. You notice a glazed look in even your most dedicated player. What happened?

Player disengagement can be extremely discouraging for the Game Master. Every group and situation is unique, so there is no guaranteed solution, but here are some ways a Game Master can inspire an engaging environment.

This is perhaps the most obvious and the most difficult tip. Very few people like confrontation, especially when it is between yourself and around six other people. However, the culture developed by a group is often the biggest reason for their boredom or disengagement.

Our society promotes instant gratification. When an addicting game, a social interaction, or a funny video can be found in our pocket, it’s our instinct to go to it the moment our mind wanders. There are times in tabletop roleplaying games, like Dungeons & Dragons, where a player must wait their turn. It’s not surprising that players are tempted to pull out their phones.

This can be augmented by an attitude of passive consumerism. They expect the GM to entertain them. Every game table should have a culture of mutual respect. The GM shows respect by taking the time to prepare for the session, knowing the rules, and allowing for player creativity. The players show their respect by paying attention when the GM speaks, allowing other players time to shine, and learning the rules for their characters. However, it’s likely the player doesn’t even realize their actions are perceived as disrespectful. For instance, the player may have an attention disorder.

If you notice that players spend more time on devices, having side conversations, or leaving the table than they do engaged in the game, then it is appropriate to have a conversation with them. Instead of calling out a specific person, turn it into an opportunity for the entire group to have a more satisfying experience. Express how you feel. Ask for their input. You can have an honest conversation together that doesn’t hurt anyone’s feelings.

You could say something like: “Last session it felt like we had trouble focusing. I think we’d all have a more enjoyable experience if everyone actively participates without distractions. It’s frustrating for me to spend time preparing, and then it seem like no one is interested. What can I do to help improve your experience? Does anyone have any suggestions for other things we could do to make our game better?”

You can’t play a tabletop roleplaying game without activating your imagination. Keeping everything in the theater of the mind is a completely legitimate way to play, and many groups find that style perfect for them.

Sometimes, though, it’s tricky to convey the images in our mind to another person. A lot of people struggle to imagine sizes, three dimensional spaces, and unusual environments. Especially in our age of visual entertainment, it can be hard for players to imagine something outside of their real-life experiences. The saying really is true: a picture is worth a thousand words.

Thankfully, there are a lot of ways to incorporate visuals into a TTRPG, many of them with little to no cost to the DM. If you use the Monster Manual, you can just cover the stat block with one hand and show the illustration of the monster the players are fighting. You can use Pinterest or Google images to find pictures of landscapes, characters, or monsters. (Just be careful not to illegally download images – support those amazing artists!).

Something that is a little more time consuming for the DM, but I’ve found to always be a hit with players, is to use physical props. It could be something as simple as a handwritten letter or as involved as a puzzle box. The players will love being able to physically touch something that was previously just in their imagination.

Finally, the most commonly used visual cues in Dungeons & Dragons are the battle maps and miniatures. There are ways this can be done even on a tight budget. You don’t need official miniatures – coins, buttons, M&Ms, or whatever you have lying around can be used to represent the location of PCs and creatures.

Maybe instead of a full battle map, you make a quick sketch of the room’s dimensions to help your players visualize the space. Many types of wrapping paper actually have 1” grids on the back, and make an excellent, cheap alternative to more expensive grid paper. There are dry-erase grid maps. You can buy and print maps from DMs Guild, DriveThruRPG, or from other independent map makers. You can even use a projector or TV to display digital versions of the maps. I use a wonderful program called Arkenforge to make digital maps for my games.

If characters aren’t emotionally invested or feel like they can’t do anything to help during an encounter, it is much more likely they will disengage. Pay attention to what skills are needed to “defeat” the encounter. Are all the encounters solved with violence? That might be why the smooth-talking bard is not paying attention. Are all the encounters social roleplay? You’re combat focused characters are going to feel out of place. That doesn’t mean you must have equal time in every session for combat and roleplay, just that you should try to design the next encounter for a different character to shine.

Maybe you allow a sneaky mission for the rogue. Plant a disguised fiend among the NPCs for the paladin to detect. Or have a physical obstacle that the party could never get through without the strength of the barbarian. Think about what skills each of the characters have and create encounters around that.

Another great way to get the characters invested is to incorporate their backstories into the narrative. People from their past (whether good or ill) could show up as NPCs. Fighting that tribe of orcs becomes so much more meaningful if the chief ordered the death of a character’s family member. Maybe the characters have achieved a measure of renown, or infamy, and they are recognized.

What are the characters’ goals? Find out and allow them the opportunity to work toward those goals. Is the monk searching for their parents? An NPC could recognize them because they “look like that merchant who comes by every summer”. Is the wizard searching for arcane lore? Allow them to discover the journal of an ancient sage.

There is an important distinction between character enjoyment and player enjoyment. Players will usually design characters with skills they find entertaining, so that’s a good starting point. But you can go a step beyond that. Observe the players during the game. What do they get excited about? Is it combat? Roleplay? Exploration? Take that knowledge and make more encounters centered around those things.

Then, dig deeper. Ask the players. What kind of combat do they enjoy most? They could like carving through hordes of minions, epic boss battles, areas with difficult or unusual terrain, or combat tied closely to the narrative.

What kind of roleplay? They might want more downtime for the PCs to interact with each other. Perhaps they really like an NPC and want to see more of them. They could love sorting through political machinations or just goofing around in character.

Collaborate with your players to find a playstyle that everyone enjoys. It’s very likely the group has diverse interests. That’s okay. Every scenario shouldn’t be the same. But knowing what is most fun for your group will encourage player engagement.

Music is powerful. Just look at movies with excellent soundtracks. Without their music, Lord of the Rings, Star Wars, Schindler’s List, Jaws, and Jurassic Park would not be the same. A good score enhances a story without overpowering it. Horror films expertly use sound and music to provoke a mood.

Obviously, an average TTRPG group will not have a composed score for their narrative. But the DM can utilize music or sound effects. Just like with the visual cues, there are ways to do so even on a budget.

A quick search of YouTube for “music for Dungeons and Dragons” yields hours of music and ambient sounds. They often have tracks for specific areas, like a cave or a forest or a seaside. Other music players, such as Spotify or Apple Music, can provide similar playlists. If you are willing to pay for specific music, you could download the soundtracks of your favorite movies or video games. There are also music players specifically designed for tabletop games. Tabletop Audio is a fantastic free-to-use resource. Syrinscape is another big name in that industry that provides, according to their website, “beautiful, immersive, dynamic music and sound effects for your favorite tabletop games”. You can download it for free and then purchase the sounds you want or choose to subscribe to unlock all their content. For my games, I use the soundscape included with my map creator, Arkenforge.

Including music in your games does take a little extra preparation, but the benefits are well worth it. Whether you use a pre-made playlist, create one of your own, or meticulously curate the sound for your adventures, the music can take your game to a deeper level of immersion.

One of the most frustrating things a DM can experience is player disengagement. The burden shouldn’t be upon any one person in the group to fix it. TTRPGs are a collaborative game and so issues should be addressed together. However, there are some positive ways a DM can promote an engaging environment. By incorporating visual cues, character strengths, player interests, and music, a DM can captivate their players and enhance everyone’s fun.