Marine Miniatures: How to find Aquatic Creatures for your Table Top Games 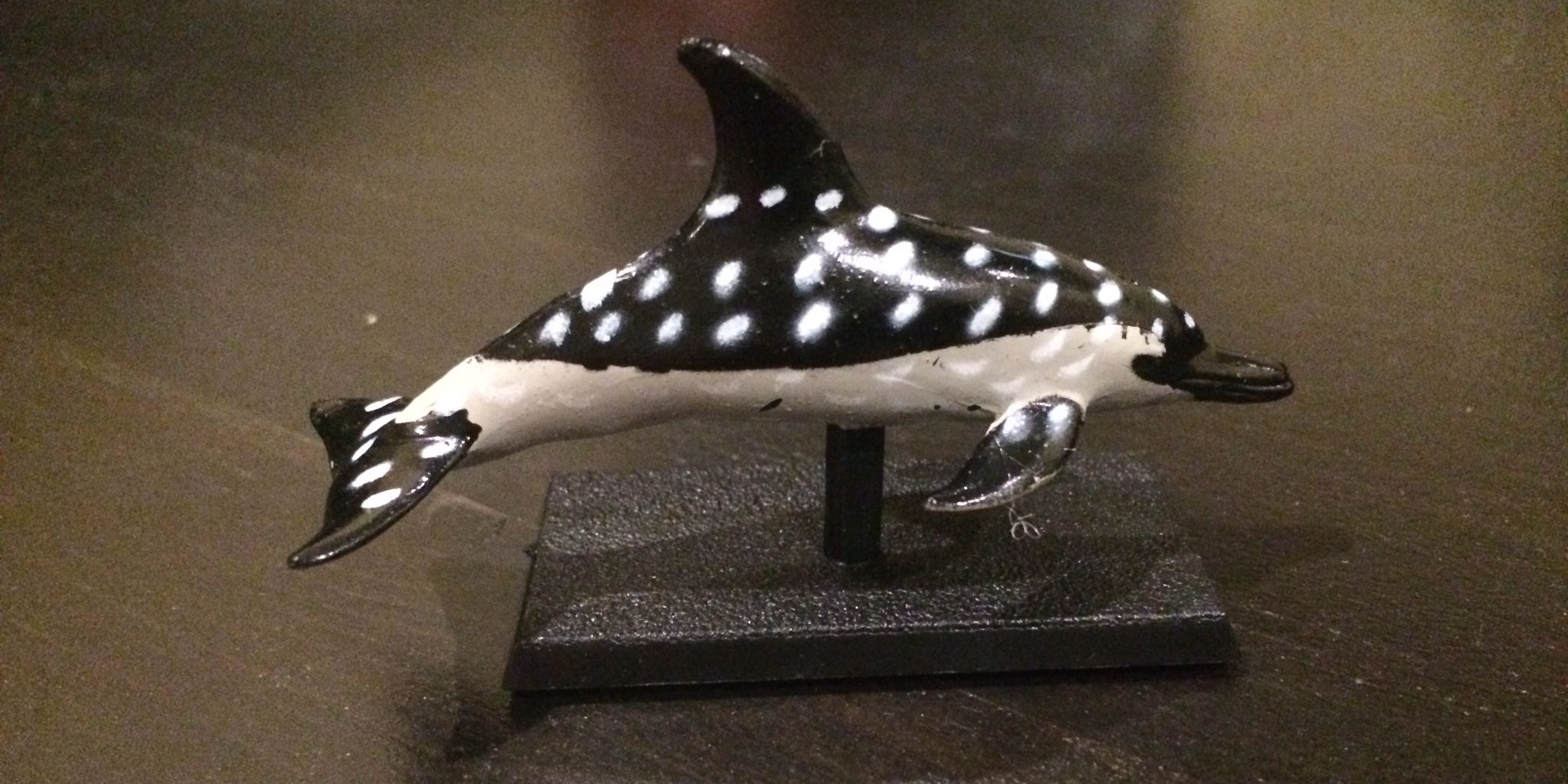 One of the most challenging aspects of aquatic games has nothing to do with mechanics, culture, or setting. It’s finding miniatures. Aquatic games are already challenging for some players to become attached to, so by taking the effort to bring inexpensive miniatures, maps, and terrain to the table, you can help immerse your players in a fresh gaming world ripe for adventure.

Though companies like Reaper and Paizo have a small range of painted and unpainted miniatures, they are often unusual monsters or humanoid races and rarely the common creatures you need in many games. Having said that, Reaper’s aquatic miniatures line should not be ignored; there are some impressive pieces there if you enjoy painting.

Another recent find is Deep Wars from Antimatter games. Their selection of aquatic miniatures look great for fantasy, steampunk, scifi, and modern settings alike, though I don’t believe they are prepaints, so luckily there are a number non-gaming companies you can turn to.

You can simply ignore the need for bases with all of the minis I discuss below, but if you like, you are welcome to mount them; the smaller versions that regularly appear as allies, animal companions, or familiars may deserve a base of their own. The featured image for this article shows a spotted dolphin from the Dolphins and Whales set mounted on a 1″ x 2″ plastic base. I drilled a small hole in the bottom of the soft-plastic figure, pushed in 1″ or so length of plastic dowel cut from the hard-plastic frame that once held miniatures for a board game, then used the same drill to make a similar sized hole in the base. Though I used a touch of superglue to hold it together, it was more for peace-of-mind than necessity.

Target has recently put out a series of educational miniatures that provide a solid variety of normal animals for your games. The Terra series of Sea Animals is a set of 60 miniatures that includes octopuses, sharks, dolphins, sea lions, morays, rays, crabs, turtles, and lobsters that are perfectly scaled for normal or giant sized creatures and is a steal at $7.99. I highly recommend picking this set up as a fast, easy, and ready-to-use addition to any miniatures collection. This set, along with a few of the sets listed below (like the Dolphins and Whales, Sharks, Creatures of the Deep, and Prehistoric Seas) can cover most of your bases.

The Terra series also has other sets, including Wild Animals, Farm Animals, and more that provide many of the everyday critters you need. Though slightly more expensive per figure than the 60 piece sets, American Scenery and Wild American Scenery (I think they meant Wild African) include an elk, a lynx, a chimpanzee, lion and bear cubs, and a snowy owl that would make great animal companions or familiars. [Note: I haven’t seen the Scenery sets IRL so I am not 100% sure the scale is right. Please check before purchasing.] 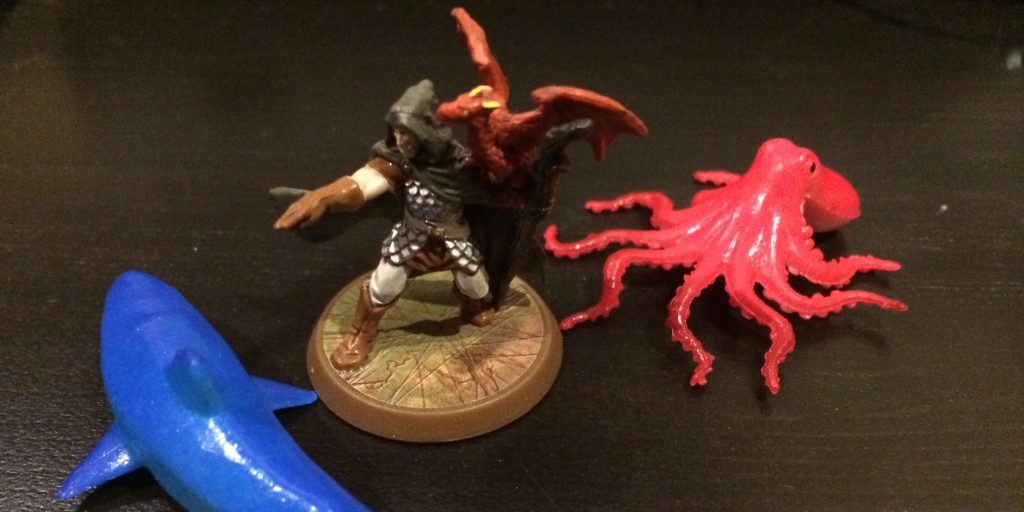 The shark and octopus from Target’s Terra set.

Long before Target entered the animal-miniatures biz, a company called Safari Limited created an extensive line of marine animals, including some real-life creatures that, at scale, are both unique and terrifying.

Giant Squid: There are two versions of the giant squid. The larger ($11.99) version is nearly 18″ long including its tentacles, which makes it a horror at 90′ long in standard 25mm scale. The smaller ($5.99) version is still nearly 50′ long and a significant threat to any group.

Octopus: $4.99; 35′ in diameter. This monster is a staple for any aquatic campaign. While “smaller” octopuses (still a solid 5′ in diameter) can be found in the Terra set above, this giant version should make your players think twice about why they are underwater in the first place.

Jellyfish are particularly difficult minis to find. This one is not only a perfect size for encounters (10’x10′), at $2.99, it’s relatively cheap compared to other pre-painted minis. 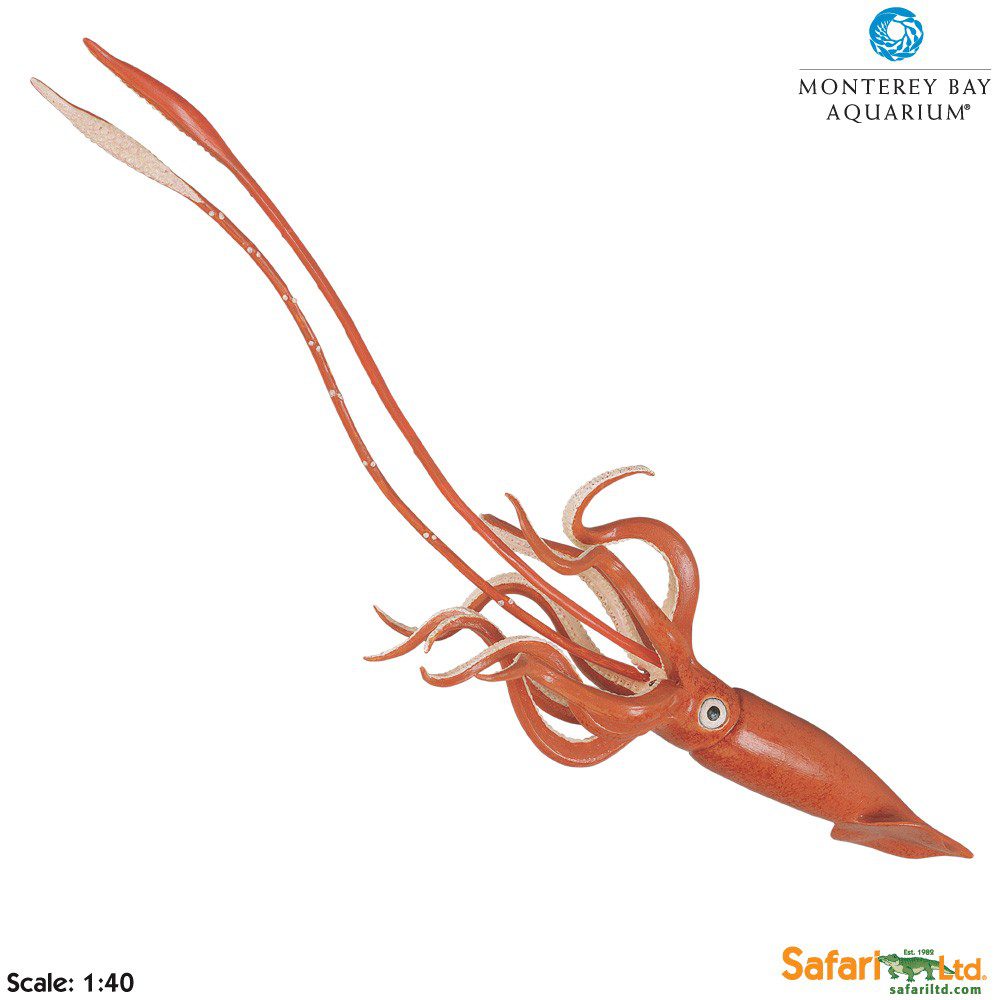 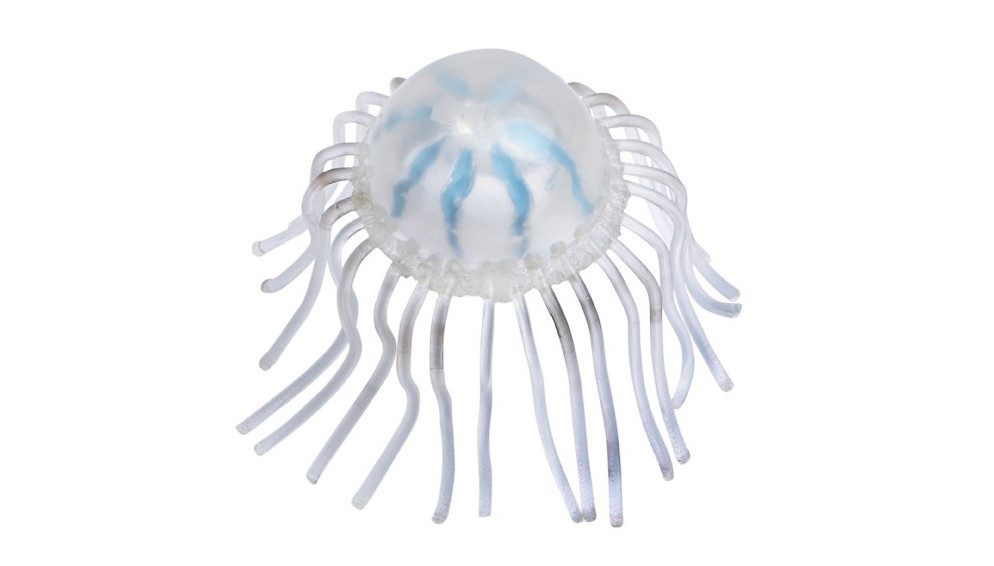 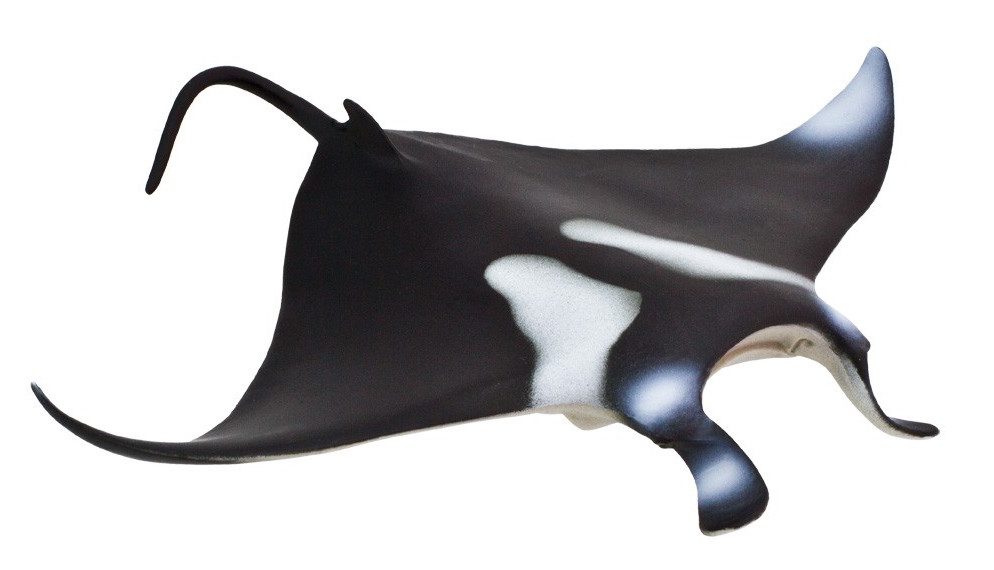 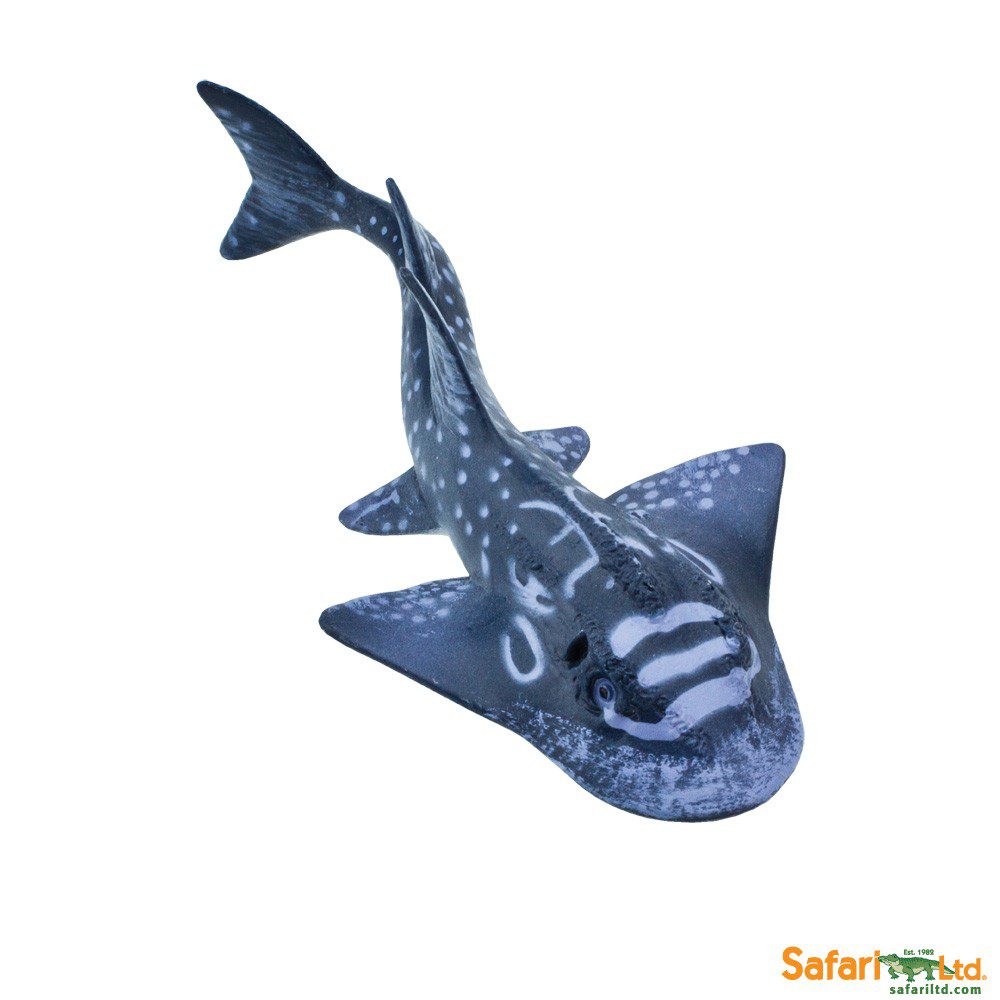 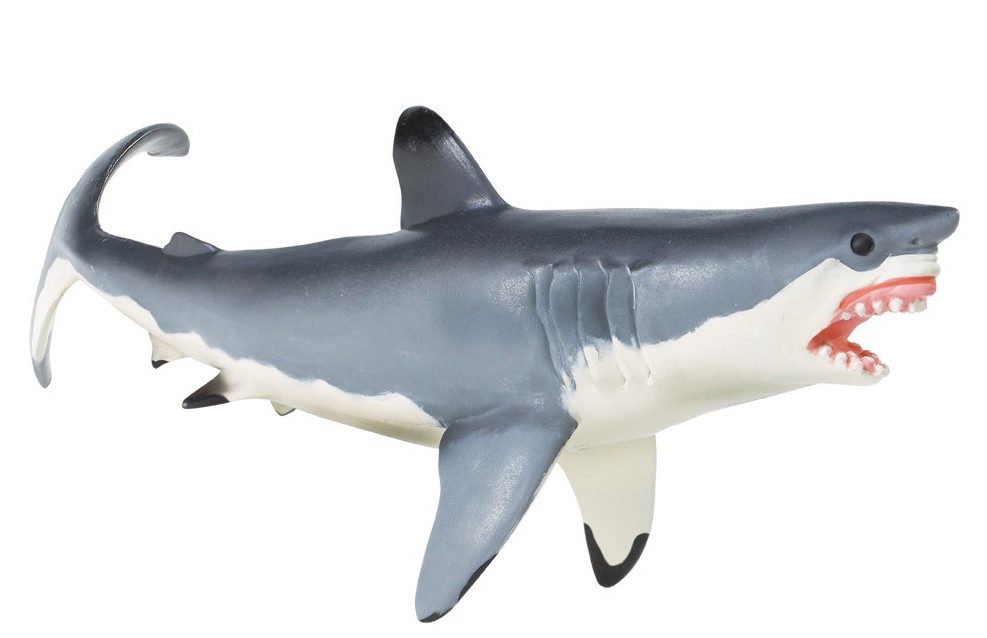 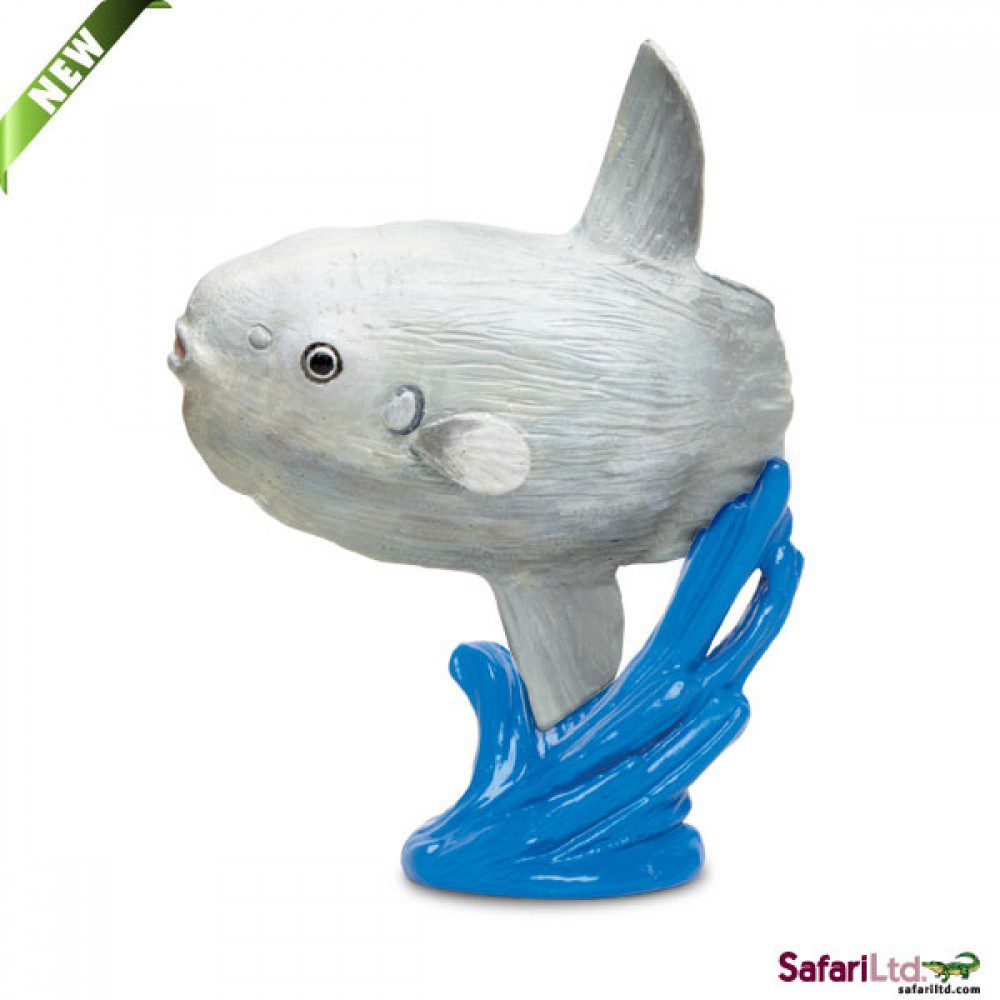 Skates and rays fall in the same category as sharks, being cartilaginous fish (without a boney skeleton). Smaller rays, perfect for familiars or companions, can be found in the Terra set mentioned above, but there is nothing quite so beautiful or intriguing as a giant manta ray. Safari Ltd has two versions; a larger (over 40′ wingspan) for $10.99, and a smaller (20′ wingspan) for $3.99. The smaller version is more to scale with real-world giant mantas and is a much more reasonable price.

Though commonly only 8-9′ in length, the unusual look of the shark-ray will be unfamiliar to most gamers. With this figure being over 30′ in length, it can be used as a unique mount for your villains (or heroes), a magical creature (like the old-school AD&D, Ixitxachitl), or simply as a newly discovered species on an alien planet.

There are a large number of shark figures to choose from, from closer-to-scale multipacks to larger-scale figures perfect for dire or prehistoric species. The multipack will run you $11.99 and has a variety of sharks and rays scaled to between 8′ and 12′ long. At ~$1 a pre-paint, this is a great price.

Hammerheads: $5.99; 40′ long. Classic and terrifying, hammerheads are one of the small number of shark species with the well-deserved reputation of being man-eaters. Sometimes traveling in shoals of hundreds, and even thousands, hammerheads are frightening enough without being this size, but don’t hold back on my account.

Great Whites: $14.99; 45′ long. The most famous shark in the world. Real-life whites rarely reach half this size, putting this figure more in the dire to megaladon range.

Tiger Sharks: $6.99; Scale not included, but assumed to be ~30′-40′ as well. As off-scale as this figure is (tiger sharks rarely reach longer than 15′ or so), it’s one of my favorites. The paint-job is excellent and if you’re going to put a monster shark on the table, one that looks fast as well as being, well, a shark, can be more disturbing to your players than the heavier-set great whites.

Whale Shark: $7.99; 40′ long. Though actual whale sharks are peaceful filter-feeders, the paint job on this figure can represent a range of unusual creatures your players aren’t familiar with. Or, by all means, use this as one of the gentle-giants of the sea, or even as an unusual ally.

The larger-scale whales shown below work quite well at 25mm scales. The challenge for games like the scifi classic Blue Planet, Pathfinder‘s Cerulean Seas, or any fantasy games involving races that ally with marine mammals, is finding enough dolphins to fit the bill. The best solution I’ve found is the Dolphins and Whales Toob from Safari Ltd. The scuba diver is hilariously out of scale, as are the narwhal, humback, grey, blue, and sperm whales, but the latter can be used as newborns in a range of rescue or escort scenarios, and the rest of the pack will get you everything you need: bottlenose, beluga, pacific white-sided, common, and spotted dolphins. At $11.99 for 12 pre-painted figures, you can buy two “toobs” and never be short of dolphins again.

Sperm Whale: $8.99; 40′ long. Sperm whales average between 45′ and 60′ in length, making this figure a bit on the short side, but well within believable range. Placing it on the table with medium-sized characters will still be impressive, especially if this whale is an ally.

Orcas: $6.99; 38′ long. Orcas (or killer whales), can reach over 20′ in length, making this figure larger than average. In a fantasy world, though, dire orcas would be terrifying.

Sunfish: $6.99 ($4.89 on sale at the time of this post); 15′ high. Sunfish have the unique distinction of being the heaviest boney fish in the world. Seen as large as 10′ high, this mini is close to scale. Not much for combat, these minis still make for great mood settings.

Sawfish: $8.99; 50′ long. The longest mini on the page (not including the Giant Squid’s tentacles), the sawfish is a simple design, but can make an impressive opponent on the map.

Frogs and Turtles: $11.99; includes a variety of turtles, tortoises, frogs, and toads scaled to medium and large size.

River Creatures: $11.99; includes snakes, a turtle, and a number of other creatures excellent for familiars and animal companions like an eagle, crocodile, and a giant otter.

Dinosaurs and the Deep Sea

Dunkleosteus: $8.99; over 35′ long. One of my favorite aquatic minis, the dunkleosteus may have a silly name, but I guarantee when you put this mini on the table for the first time your players will not forget it.

Deep Sea: $11.99; Another must-buy, this collection includes the real-life creatures that most resemble fantasy monsters.

Prehistoric Sea: $11.99; Yet another great set for a variety of unusual looking critters. There’s little more satisfying than having a player say “What is that?” when you put a mini on the table.

Dinosaur Skulls: $11.99; Though not technically aquatic, these skulls are great to set the mood of any game. Use to spice up an actual dinosaur burial ground, or as dragon skulls. 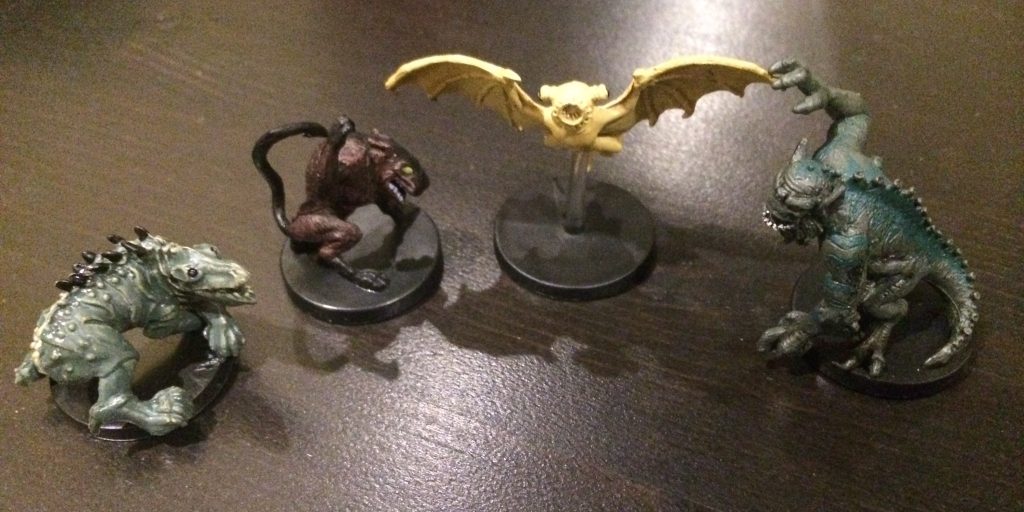 Star Wars Miniatures Singles: Troll and Toad offers a ton of single miniatures for any genre as low as $0.50 each. I picked up handfulls of scifi-themed minis after the Star Wars game went out of print. In the photo above you’ll see a number of Star Wars creatures that work wonderfully in wilderness environments, from Dagobah to Blue Planet’s Poseidon.

Aqualish: The aqualish, aka: walrusmen, were first seen in the Mos Eisley cantina. Though rarely pictured elsewhere, the aqualish miniatures are solid enough to add to any aquatic scifi game.

Kit Fisto: The most famous (and only canon) nautolan in the Star Wars films and animated series. Check out his 3 minutes of fame in the Genndy Tartakovsky original “Clone Wars” from Cartoon Network and watch the dangerous mix of the Force and water.

There are scores of aquatic species in the Star Wars universe, unfortunately, very few of them were ever made into minis you’d want on your table. I would love to see more high-quality selkath, mon calamari, and quarren figures in the future. 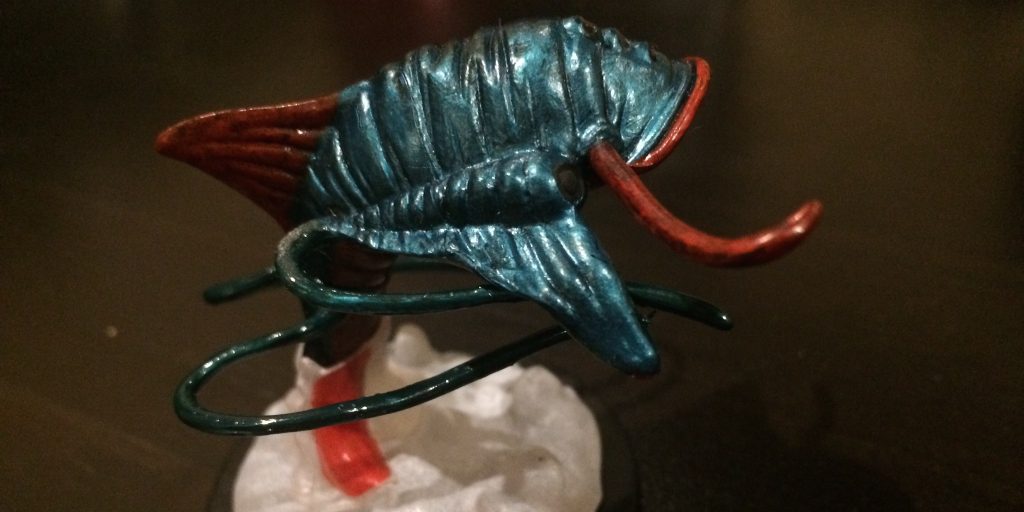 Aboleth: $4.79; A classic aquatic and Cthulhu-esque villain for any game.

Kuo-Toa: The sometimes silly-looking but no less dangerous villains of the deep.

Lizardfolk: A great choice for PCs as well as NPCs that cross the boundary between aquatic and land-based games.

Sahuagin: Though villainous in almost every respect, you can find a PC-worthy version here on Tribality.

Aquatic maps are extremely rare. For scifi games, Christopher West‘s Surveillance Station was designed with both space and aquatic settings in mind. You should also look out for a future Maps of Mastery Forsaken Lands Kickstarter that is rumored to have an ocean floor map. With that in mind, maps designed for surface games, particularly desert ruins, can make great sunken ruins.

If you like your terrain 3D, Deep Wars from Antimatter games (see intro) also has some options, but the easiest and cheapest choice is to head to your local aquarium shop and look around. I could go into details, but RPG luminary, Sean K Reynolds, did all the work for me.

If you have other sources of aquatic miniatures and fascinating terrain, let us know in the comments below!

Sculptor Clint Staples let me know about a series of aquatic races and creatures for Armorcast. Pop over and check them out. Thanks, Clint!