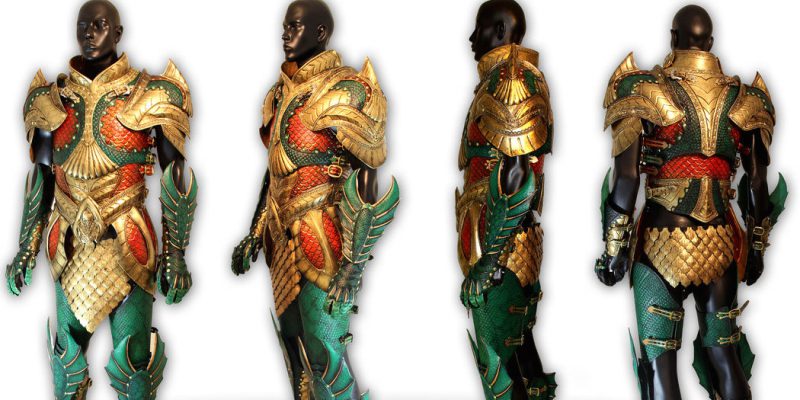 We live in a world that provides an almost endless supply of inspiration for not only campaign worlds and storylines, but for characters. Crossing genres is one of my favorite ways to get inspired for those few times I can join a party and have someone else steer the DM’s screen. In Novel Inspiration, I will take characters from comics, TV shows, movies, and, of course, novels, and use them as fodder for character creation. These characters aren’t intended to be exact reproductions, but unique PCs in their own right inspired by the originals.

For the past few months I’ve been a player in a 5th edition D&D game run by friend, colleague, and designer, Doug Easterly. The game takes place in his fictional city of Estarion and is centered around a rat cult rising in a city that has been run by invading “Romans”, known as the Aquilans, for nearly 100 years.

Since it’s such a rare occasion that someone else runs a game for me to play in, I wanted to make this PC worth the investment. Of course, my friends joked I should play Aquaman (because I’m one of the 5 people in the world who freakin’ loves him). I’m not sure why I didn’t think of it myself, but the flag was planted.

I considered Arthur’s combat abilities, leadership skills and magic (particularly his current incarnation with the Trident of Poseidon). The final battle came between Paladin and Cleric, but I finally settled on Cleric. The only oceanic/storm-based domain (Tempest) was far more Thor than King of the Seven Seas, so I tweaked it a bit [New Oceanic Domain]. Since Clerics only have access to simple weapons and I didn’t feel a need to fold martial proficiency into the class, I asked Doug if it would be okay if my “spear” could be a “trident” since mechanically they are exactly the same, even though the latter is a martial weapon and the former simple. Of course he had no problem with that. I also made my trident my holy symbol/divine focus for my spells.

Note: I’m now using Shawn Ellsworth’s Homebrew Variant A, trident build, so I added only tridents and nets to the bonus proficiencies, as opposed to all martial weapons.

I chose Human, though I’ve decided to go with a racially-human son of a selkie and a land-walking-human. I chose the “extra feat, extra skill” option as well.

We used a Standard Ability Score Array (15, 14, 13, 12, 10, 8), so I chose Arthur’s Wisdom and Charisma for his highest stats, with Strength and Constitution next, then Intelligence, and finally Dexterity as his dump stat. After his racial bonuses, his scores looked like this:

Since the baron is of the Aquilan race, and the Aquilan’s have Romanesque names, I chose: Arturious Curiosus (in the local dialect, Arthur Curry).

I took Magic Initiate (Druid), giving him access to the cantrip thorn whip and a bonus 1st level spell, thunderwave. I adapted thorn whip into water whip by changing the damage to bludgeoning from piercing. I also adapted the Cleric cantrip sacred fire to sacred lightning. The effect of the lightning strike ignoring cover works nicely.

Noble was my immediate thought, but I didn’t want to limit myself so I considered several other options: Orphan and Outlander, specifically. When it came down to it, Noble made the most sense. I decided that he had been adopted by a local baron who couldn’t have a male heir. No one knows he’s adopted and not the heir to the throne. The deeper secret is, he actually is the baron’s son from a love affair the baron had with a selkie. Even my character doesn’t know that yet. All he knows is that he was found at a lighthouse and has an inexplicable draw to the ocean. This draw leads him to the temple of Poseidon.

This is one of, if not the, favorite mechanic in 5th edition. Having a PC’s background grant as many skills, tool proficiencies, and languages as a class puts a strong emphasis on who the character is and the charts for bonds, flaws, etc, inspire even grognard players like myself. For example, in the Noble background, Arthur was given proficiency in one gaming kit. I decided that he carries around a collapsable 3-tiered chess set with an aquatic theme. The bottom level is deep-sea creatures, the middle level open ocean beasts and the top level coastal and surface creatures. I’m so inspired by the idea that I’m considering making it IRL.

I could have gone with any of the good alignments, but finally settled on Lawful. More of a personal preference than anything. Arguments could be made for both Neutral and Chaotic without much fight from me. For some incarnations of Aquaman, especially the 90’s and animated Justice League versions that have him more like Namor, any of the Neutral alignments could be argued as well.

As the game has progressed, Arthur has had to partner with a number of Chaotic Good and Chaotic Neutral PCs. A few games ago, he was forced to kill a dear friend who was under the thrall of a pennangalan working for a cult of Orcus. It was a traumatic experience for Arthur, as you can imagine. Though he personally still believes that order is the way to make a better world, he is starting to see the downside of unquestioned authority. The Cult of Orcus has managed to place key members of their organization in places of power and Arthur no longer knows exactly who to trust. Though he retains his good alignment for the moment, he has shifted from Lawful to Neutral. I see him eventually ending his character arc at or near Chaotic Neutral, the generally accepted alignment of Poseidon. The flexibility of the alignment system in 5th is what allows this fascinating character arc; in earlier editions, he would have had to start at or within 1 step of CN, and that’s not nearly as interesting to me.

Other choices were easy. He uses scalemail, shield and a trident. He has numerous skills and a high Wisdom, Strength and Charisma. Dexterity ended up being his dump-stat, hence the medium armor and shield.

As of this post, we just hit 5th level. At 4th I decided to take the straight Ability Score Increase and bump his Wisdom to 18. For later levels I’m looking at a couple of excellent feats to flesh out his defender-like fighting style and leadership abilities, as well as to compensate for his low Dexterity. Alert, Inspiring Leader, Martial Adept and Shield Master all play to his strengths as a character and his weakness in the Dexterity department.

Aquaman’s wife, if you didn’t know, is a powerful sorcerous who controls water. In 5th ed core, there aren’t aquatic bloodlines for the sorcerer, so I created one solely for the purpose of making Mera as a playable PC. This gives me a backup character should Arthur die at some point, or if we need to switch our party around.

From a storyline perspective, I chose to make Mera Arthur’s Background Bond (In love with a woman of common blood), instead of his wife. They see each other when possible, but their love affair is a secret at this point in the story.

Gen Con threatens to host in another ...