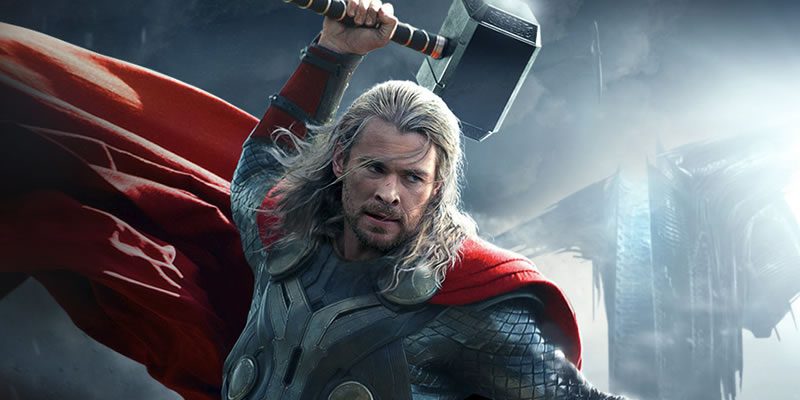 A little over a month ago I shared some some character builds for each of the original movie Avengers. I think the set was pretty well received and Black Widow and Captain America turned out great. I did get a bunch of feedback on Iron-Man, Hulk (should be a Monk or Druid) and Thor (should be a Cleric). Well here is Thor as a level 12 Cleric. Let me know which Thor build you think would be work better for a level 12 one-shot. They both are pretty excellent as hitting things with a hammer.

Enjoy or hate… here it goes.

Thor as a Cleric

Building Thor as a Cleric – Tempest Domain really nails his thunder aspect. Plus, a tempest cleric will get the Control Weather spell at level 13 and Stormborn flight at level 17 – but I would flavor this to be Thor throwing his hammer and following behind it to fly. I was going to switch the plate armor to scale armor, but I’m sure his Asgardian stuff is close enough to plate. It is tougher to build Thor as a Cleric since you need to bump up Wisdom at the expense of his Strength and Charisma which are high in the Paladin build and I think match the character better. This Thor also has less hit points than the paladin version. Thor the cleric also get to turn and destroy undead which is not really thematically needed unless you want to run Marvel Zombies.

Thor as a Paladin

This Avenger is a little less mighty than the Asgardian god of thunder, but Thor still possesses the enchanted hammer Mjolnir (+3). While Thor is stuck on the ground, charging around with his magic hammer makes him a devastating melee combatant, especially when adding smites to his attacks. This Thor also has more hit points than the cleric version.

Check out these too: