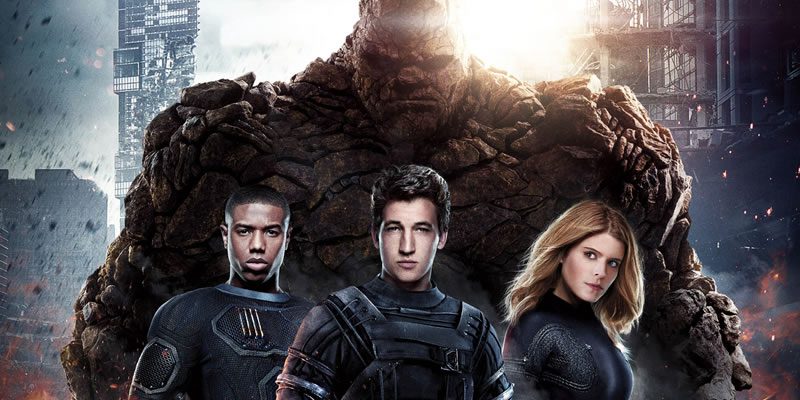 Previously, I shared my Avengers character builds and now we have another super hero team releasing a movie this summer. The Fantastic Four are a fictional superhero team that debuted way back in 1961. After a couple of so-so movies, the Fantastic Four are back on the silver screen this summer. I was really excited about this movie since I liked the director’s film Chronicle and I read and loved all the Ultimate Fantastic Four comics that the movie was said to be based on. I’m going to make my own decision once I see the movie, but the movie has been overwhelmingly negatively reviewed and is a box office disaster. I was thinking it would be fun to build out this family of heroes as an entire team of NPCs/monsters instead of hero PCs. The Fantastic Four are good aligned, but a misunderstanding could turn a social encounter with them into full combat (just like most meet-ups between heroes the first time in comics). So let’s get started, “it’s clobberin’ time“.

I just wanted to mention that Fantastic Four director Josh Trank’s “fantastic version” of these monsters was better than 99% of the monsters out there, but we’ll just have to settle for these builds like audiences had to settle for the movie that showed up on screen.

I built these monsters to be played in a historic period, since the Fantastic Four love to travel across time and dimensions (but these could be easily adapted for modern times). The group were heavily featured in the Marvel 1602 series as the Fantastick Four, Grimm was Blackbeard the Pirate a storyline and the Richards recently took their children to visit Julius Caesar in the comic. Building PCs in D&D with their specific unique abilities using races such as genasi and classes like sorcerer or monk would be quite a challenge to get right. I thought creating monsters inspired by these heroes might be a fun little exercise and these are not meant to be 100% true to their movie or comic book versions. I set these builds to have a Challenge Rating of 4, but I’ll need to playtest these builds sometime soon to know how hard they are to fight.

Looking for an evil monster?

The Fantastic Four share their origin story with an excellent villain named Victor Von Doom. What more could you ask for? Doctor Doom is an excellent BBEG (Big Bad Evil Guy) and you could team up with the Fantastic Four against him (once you are done beating each other senseless). You might also want to look at Namor or the Silver Surfer too.

I’ll leave the creation of Doctor Doom to all of you. If you do create a Doctor Doom share your build with us.

Have fun and let me know what you think in the comments below!

War of Ashes – Fate of Agaptus