This week’s offering focuses on aquatic adventure in films, TV, and comics.

There is a fairly large list of films that consider themselves aquatic, from Pirates of the Caribbean and Jaws, to Creature from the Black Lagoon. Though I’ll be focusing on the films and TV shows that inspired me, I can’t ignore these other films and their influence (good or bad) on the medium.

The Abyss is James Cameron’s early ode to the aquatic. Expensive, stressful, and with the entire point edited out of the final theater presentation due to length concerns, the Abyss received far less praise than it deserves. I can’t stress enough to avoid the non-Director’s Cut.

I discovered The Deep earlier in the year when it showed up on Hulu.com. A mini-series set in a modern/near future setting, The Deep is focused less on scifi and more on interpersonal and international challenges. I liked the series, and like most BBC shows, real problems have real consequences (ie: people die). From massive hydrothermal vent fields to unique vehicle issues, The Deep offers inspiration for any modern or science fiction game.

Right up front I’m going to say that this film is 1) one of my all time favorites, and 2) won’t be for everyone. One of the earliest films from Luc Besson (The 5th Element and Lucy), The Big Blue focuses on a Jacques Mayol (Jean-Marc Barr), an open-water free diver who has a highly advanced mammalian dive reflex. There is much to love about this film (Rosanna Arquette is not one of them, and I have to ignore pretty much every scene she’s in). It explores some beautiful locations, has stunning cinematography (for the time), and the rivalry between Jacques and Enzo Molinari (one of fan-favorite Jean Reno‘s earliest films) is the heart of this fascinating story.

The Hunt for Red October

A film that stands the test of time, The Hunt for Red October is one of the few military-focused aquatic films you’ll see me gush over. Though much of the action is either within a submarine or above the waves, the strategy, tactics, storyline, and challenges the characters weave through capture much of the unique feel of being in combat underwater. 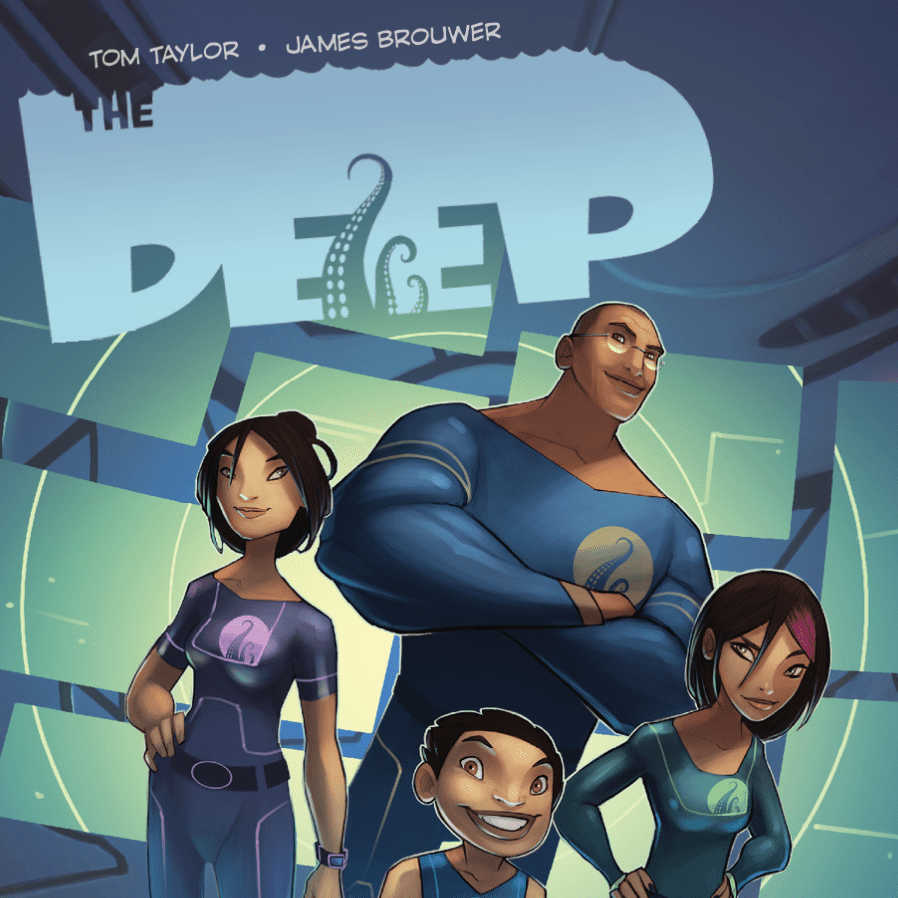 I’m going to say it. Tom Taylor and James Brouwer’s “The Deep” is one of my favorite comic series of the past decade. There isn’t much more I can say about this series that I haven’t already in my review:

Many novels, comics, TV shows, and animated series claim to be “All Ages”, but only a few truly pull it off. The Deep is one of them. Volume 1, Here Be Dragons, is a solid introduction to the family, their mission, and the world they live in, but it’s Volume 2 that made me want to push it under the noses of everyone I could find. The Vanishing Island expands on the mystery hinted at in Here Be Dragons and shows that Tom Taylor and James Brouwer can craft tension, comedy, action, and family dynamics with the best creators in the industry. 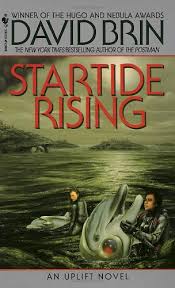 David Brin’s “Startide Rising” is arguably the most read and widely recognized science fiction novel with marine mammals as main characters and originated the term “Uplifted” in referral to animals in science fiction that have been “raised” to human-levels of intelligence.

A starship almost entirely “manned” by cetaceans, the Startide Rising gets caught in an intergalactic nightmare on an aquatic world. I love this book and everything about it. 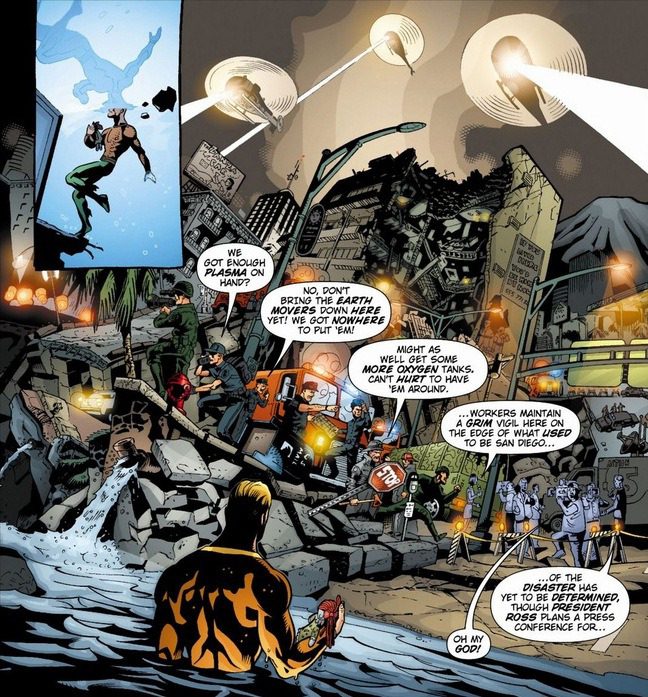 If you’ve heard me on the Dungeon Master’s Block, you’ve likely heard me talk about this storyline. The title-link does a far better job than I could describing what’s awesome about this and about the unfairly-mocked Aquaman, but the take-away is that this storyline could be folded into any genre you’re running.

Some unknown disaster destroys San Diego, CA (my current hometown), pulling much of it and its inhabitants into the Pacific. The twist? A large number of San Diegans learn they can breath water, but lose the ability to breath air. Substitute the home town, settlement, or even country of your campaign and you have the seeds of an adventure arc or an entire campaign. 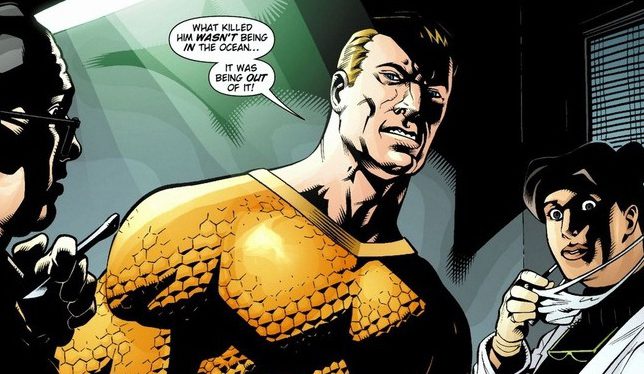 Released just this week, Oceanus: Act One is the start of what promises to be a 2 hour full-length feature film. The plot and challenges in Act One are fairly straight forward, but promises far more to come.

The year is 2029. Created as the ultimate city beneath the sea, the Oceanus Research Facility is a wondrous structure housing more than 300 scientists and engineers, including whale biologist Dr. Erin Kendall and her husband, engineer Sam Jordan.

After a devastating global disaster cuts the Oceanus Base off from the surface forever, the team must fight to survive as they establish a new undersea society — while fending off deadly attacks from unseen enemies trying to claim Oceanus for themselves.

Oceanus is a human drama with amazing aquatic technologies set against stunning unexplored locales. Created with input from science advisors from NASA and the film Gravity,Oceanus is written with an approach of plausibility and realism. Now in pre-production, this full-length film completes the story arc begun in Oceanus: Act One with new characters and locations.