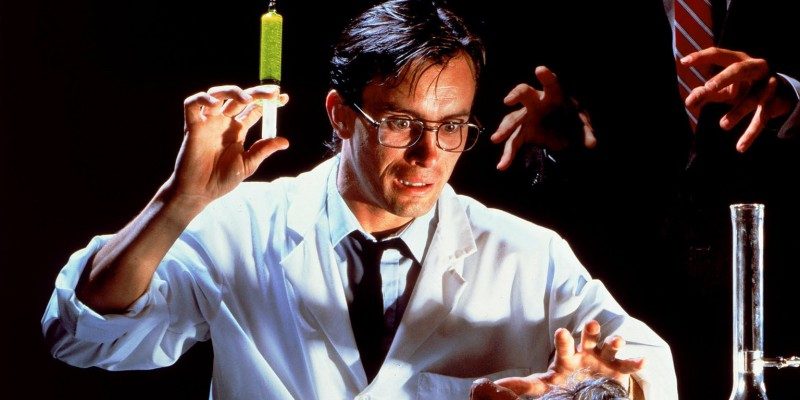 The Reanimator is an archetype for the Alchemist class and is one of eight traditions, including Metamoporhs, Poisoners, Artificers, Irezumi, Pyromancers, Herbwardens, and more. You’ll need the core class presented in the original article and this to play the reanimator.

Alchemist are renowned for their understanding of the arcane sciences – chemistry, physics, geology, herbology, engineering, and, of course, biology. All alchemists have a basic understanding of healing, but reanimators use their knowledge to circumvent the capricious whims of the divine to hold the power of life and death in their hands.

Bonus Formula
Mixtures created by reanimators resemble the classic alchemist’s wares – potions, salves, creams – with the addition of crystals and devices powered by steam and electricity. Mastery of the physiology of living creatures, both body and mind, is key to a reanimator’s studies. Not only do they create undead constructs such as skeletons and zombies, they also create devices that manipulate a target’s mind, making them more susceptible to suggestion. These devices can be as elegant as alchemically charged diadems, or as crude as shock collars.

When you choose this archetype at 3rd level, you add the find familiar formula to your formula book if you don’t already have it. When you create a familiar, you may choose from the normal selection of animals, a crawling claw, or a homunculus. Any familiar you create is considered undead, does not need to eat, drink, or sleep, and is immune to poison damage and the poisoned condition. Since it is not a true undead creature, it gains advantage on saving throws against spells and effects that target undead (such as turning and sunbeam), and immunity to damage that targets undead (such as the bonus damage from a Paladin’s Divine Smite feature)

At 3rd level, your knowledge of anatomy and physiology grants you two advantages. You may double any proficiency modifier you are allowed when performing Medicine checks. In addition you gain the Sneak Attack (+1d6) class feature. The damage you deal with your Sneak attack increases at 6th (+2d6), 10th (+3d6), 14th (+4d6), and 18th (+5d6) levels. Otherwise, this feature works as the rogue class feature of the same name.

At 6th level, undead created by you are animated through alchemy, electricity, and mechanical devices, not divine magic. As such, your undead creations gain advantage on saving throws against spells and effects that target undead (such as turning and sunbeam), and immunity to damage that targets undead (such as the bonus damage from a Paladin’s Divine Smite feature).

Walk Among the Dead

At 10th level, you have turned your experimentation onto yourself. You gain advantage on saves against fear. You may also use a bonus action to activate defensive mechanisms, trigger healing factors and pain-reducing endorphins, and send a surge of adrenaline through your body. If you do, you may gain resistance to damage from non-magical weapons and gain advantage on saving throws for 1 minute. You may not use this ability again until you take a short rest.

At 14th level, when you spend a 7th level spell slot to cast create undead, you may create or assert control over one flesh golem or one revenant instead of four ghouls.

At 18th level, when you spend a 9th level spell slot to cast create undead, you may create or assert control over two flesh golems or two revenants instead of the normal benefits.

Lifestyles of the Rich and Famous PCs