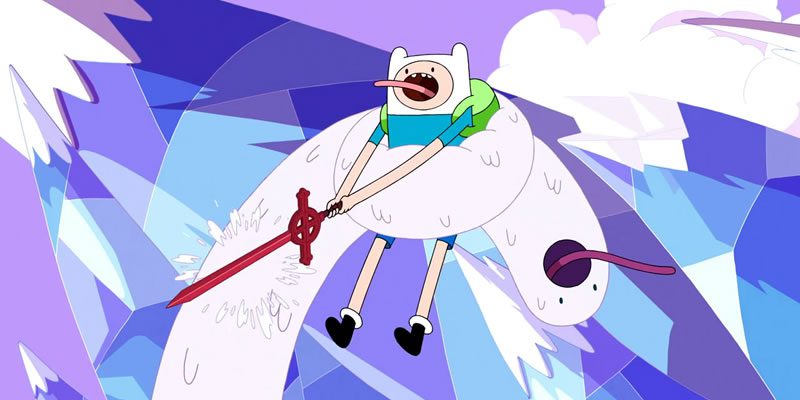 Watching Adventure Time isn’t required to play in this setting, but it really helps. Any of this material could be used in your own homebrew setting or to get started on playing a game in the Land of Ooo.

I broke the series down into five parts, with this being the final chapter.

There are a ton of traps and hazards already created for past editions of D&D and 5th edition has a decent amount of trap examples in the Dungeon Master’s Guide. Any typical D&D trap or hazard is a great fit for Adventure Time that your adventurers could encounter, from a pit trap in a dungeon to quicksand while exploring wilderness. The following are some traps that are a little outside of your typical D&D traps, but a great fit for any adventure where you want a something that is dangerous and a little silly too.

This trap is activated when an intruder enters a room. A statue shoots out a violent beam of magical energy any time a creature does too much, as in anything more than simply walking (or moving at base flying speed for floating or flying creatures). The statue should be a representation of something lazy like a sleeping animal, but have something to tempt your adventurers like a huge gem on its chest. You might even have a warning for the players to “Relax” or “Take it easy”.

A spell or other effect that can sense the presence of magic, such as detect magic, reveals an aura of evocation magic around the statue. A successful dispel magic (DC 13) cast on the statue disables the trap for 24 hours.

When the trap is activated it causes the statue to shoot out a beam of magical energy, the triggering creature must make a DC 13 Dexterity saving throw, taking 11 (2d10) force damage on a failed save, or half as much damage on a successful one.

Your adventurers see a shimmering field of daisies growing in front of them, filling them with with a pleasant feeling of peace and tranquility if they can smell them. A creature exposed to this field for longer than 1 minute must succeed on a DC 15 Wisdom saving throw. If it fails its saving throw, it is charmed and will bend over or sit down to do nothing else but smell the beautiful flowers.

At the end of of each of its turns, an affected creature can make a Wisdom saving throw. If it succeeds, this effect ends for that target. If the creature continues to smell the flowers for 1 minute it will fall asleep.

The skies grow dark as black clouds roll in from the west. The knife storm will be here in 1 minute. Basically run and find shelter or start to dodge daggers. 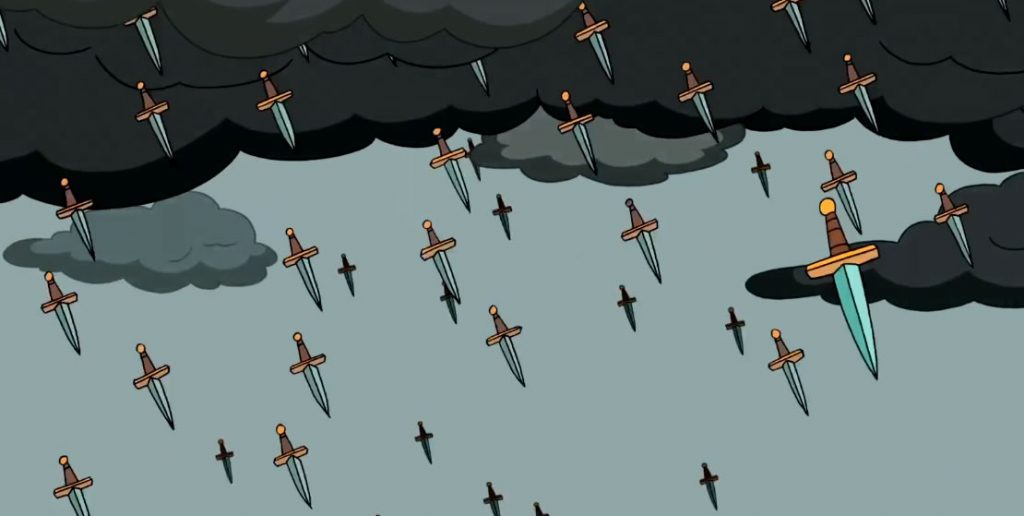 No check is required to notice the storm. A successful Intelligence (Nature) check (DC 15) to predict that the distant storm clouds are actually a knife storm that will arrive in 1 minute. Anyone who has experienced a knife storm before has Advantage on the check.

Suddenly, the first “drop” falls; a perfectly formed iron dagger. Any creatures caught out in the open in a knife storm will be the target of 2 knives each round. Each knife makes a ranged attack with a +5 bonus against a random target. Any cover such as trees, shields held overhead or other portable cover should be considered using the Cover rules. A target that is hit takes 2 (1d4) piercing damage.

Bloodghost’s Adventure Time Handbook (4th Edition) details stats for 50 plus monsters directly from the show. I recommend that you check that out for ideas for sure.

I’ve converted the following monsters for 5th edition, but tons of monsters should be ready to go from the Monster Manual with just some minor tweaks, such as a Lich, skeletons, gelatinous cubes, ghost, gnomes, witches, wizards, wolves, werewolves, vampires, ogres, cyclops, spiders, mimics, bugbears, goblins, demons and more. There are also some really great monsters I didn’t stat out such as my personal favorite, Demon Cat (try using a displacer beast as a base). 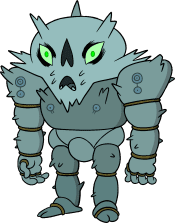 Zombies are wandering undead who rise from their graves who crave delicious sugar and/or brains. Though mindless, theyʼre very resilient and relentless. The example below is for a candy zombie, but you’ll find other undead in Ooo. Candy zombies were accidentally created by Princess Bubblegum’s decorpsinator serum. The candy undead crave sugar, especially the sugar found in the flesh of candy people. The cure for a candy zombie infestation is a corrected decorpsinator serum, but it only works on fresh zombies, not zombies raided from the dead.

These monsters are some of the largest and most evil creatures in Ooo. Typically found deep in subterranean dwellings, they hide in dark recesses, viciously destroying any and all who dare challenge them. Most Adventure Time campaigns are lower level, so this monster would work well as the final boss of a lower level dungeon. 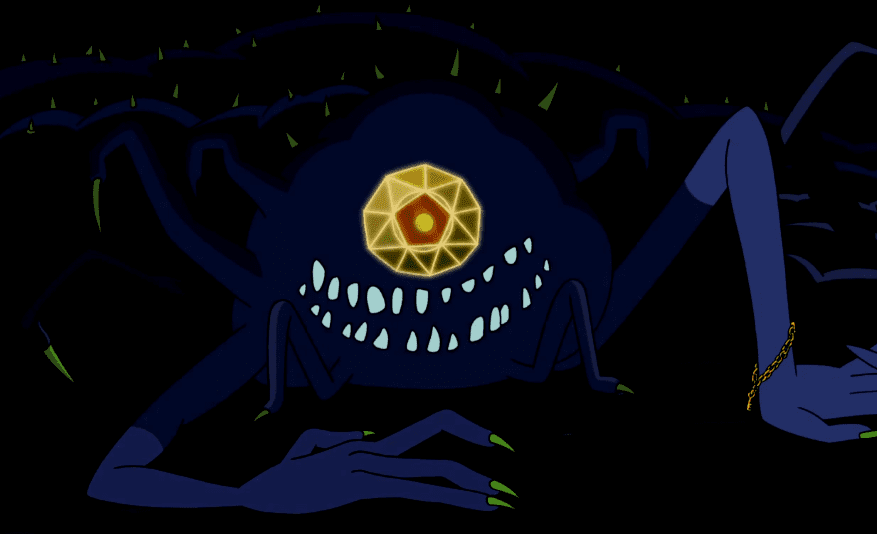 Time-lost remnants from the pre-war era, robots are are fairly benign and reasonable, but some have become crazed after centuries spent all alone since the Mushroom War. Some have even been created since then such as Neptr or Rattleballs (image below).

Robots can be filled with electricity, rockets or any kind of nasty surprise, limited only by your creativity. Here’s a basic robot to get started.

I hope you liked this series and if there anything else you’d like to see covered, let me know if the comments below and maybe I’ll work on an Adventure Time bonus article.

I’m also hoping to get some playtest information and then I might work on gathering all of this up into a PDF.

I contacted Bloodghost directly to ask if there would be an update to the materials for 5th edition or if I could take a crack at it, but I didn’t receive a reply. I’ve borrowed heavily from Bloodghost’s ideas for this guide. ADVENTURE TIME and all related characters and elements are trademarks of and © Cartoon Network. The main article photo is of the ‘Evil Monster’ which appears in the “Dad’s Dungeon” episode of Adventure Time™.