ColumnsD&D 2eHistory of the Classes 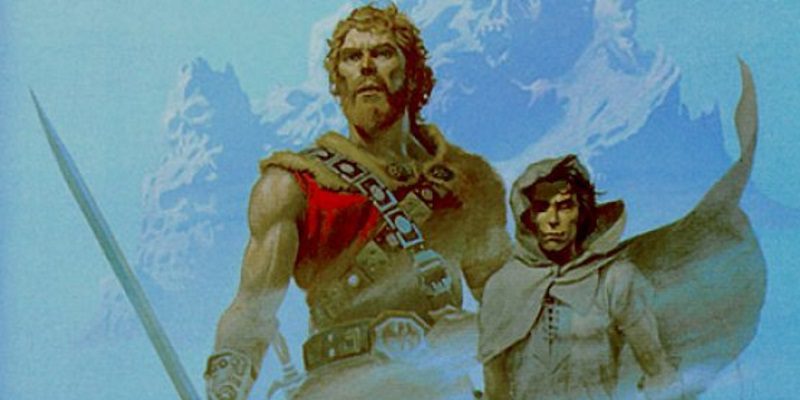 Last week in the History of the Classes, the 1e Thief, Assassin, and Thief-Acrobat came under our all-seeing eyes. This week we turn to 2e, where the Assassin and the Acrobat are kits presented in the Complete Thief’s Handbook rather than classes unto themselves. There’s also a Ninja class, presented in the Complete Ninja’s Handbook; it was one of the stranger evils visited upon 2e’s rules. I’m aware that many of you sadists would just love to see me analyze the Ninja, and to you I say for the love of God, Montresor!

At first glance, the 2e thief is but little changed from its 1e ancestor. All of the same thief abilities are here, the scaling of backstab damage is the same, the themes are mostly the same. Dig a little deeper and there are a few changes:

Of all of this, the parts that matter are the ability to specialize in thief skills rather than being locked into a progression, and the shift toward understanding the class as something more than “someone who steals for a living.” The former creates the 3.x skill system, and the latter creates the name change to Rogue. In 2e, Rogue is actually a parent-class name for Thieves and Bards, so many things that refer to the Thief use the word “rogue.”

Like all of 2e’s Complete Handbook series, there’s a huge amount of new rules and rules options, interspersed with some better-than-average suggestions for stories to tell with that class and different ways members of the class fit into society. The Complete Thief’s Handbook doesn’t fill out pages with a full rehash of the class as some other Complete books have done, at least.

The first new section of rules is nonweapon proficiencies, and they’re just as ill-balanced as the rest of the NWP system. The good ones are like buying a new class feature (Alertness). The bad ones split the very fine hair of an existing NWP. It’s a skill system that goes so narrow with applications that it’s pushing the DM to reject PC proficiencies. Then there’s the Looting proficiency, which for many years I thought was a joke. Now that I’ve read it… yeah, it’s a joke, but it’s also in print. A lot of these proficiencies became skills in 3.0. Of those, a few boiled away in the 3.x stewpot, and most collapsed into Acrobatics, Streetwise, or Thievery in 4e.

The one good side here is that you can spin a whole new character concept out of some of the functionality in these proficiencies. So much so that I have just summarized many of the book’s kits for you, as they require those proficiencies at first level. This is some of the origin of the intense pressure to play high-Intelligence rogues – high starting Intelligence grants bonus languages, which can instead be spent as nonweapon proficiency slots.

The next section is, of course, kits. So. Many. Kits. The Assassin and the Thief-Acrobat may not be classes anymore, but they sure are kits. There are also rules and guidelines for creating more kits, and for pressuring your DM into letting you play a remixed class. Anyway, the kits are justly compared to 5e’s subclasses; the Adventurer is the default thief, from which everything else deviates. The Investigator and the Troubleshooter are probably the most unusual ideas here; the former because it is the anti-thief, and the latter because it’s Thief Quality Assurance. The Troubleshooter’s special benefit and hindrance are completely indiscernible – “the DM makes improbable good and bad things happen to you” is a summary of being a PC, not a kit feature. It otherwise requires one proficiency, and that’s it. The Investigator kit likewise requires one proficiency and outright says that it has no further feature. Mechanically, it is a total void; thematically, it’s fertile ground for not just a Good-aligned thief, but a Lawful Good one (screw you, alignment restrictions on thieves!). The rest of the kits have features, but there’s nothing great here. They just didn’t take enough risks to present new ideas. Also, there’s no Mastermind, but there is a kit that doesn’t earn respect from other thieves even in double-digit levels.

The next chapter is 40 pages on Thieves’ Guilds. I’m not going into detail on these, but the short version is that there are scads of tables to randomly determine or choose every detail of a guild’s nature and composition. I’m going to name-drop Blades in the Dark again, because this chapter takes forty pages to do what the BITD playtest documents accomplish in about three. Anyway, this chapter is a pretty good primer on building a thieves’ guild and its relationships to other power structures.

Following this is a chapter called “Tools of the Trade,” which shifts the overall vision of the thief toward a gadgeteer… or Batman. There are hidden tools and weapons for every conceivable task, with the result that a low-level thief with good preparation is as good as a mid-to-high-level thief without. Some of these items are cool things you wouldn’t assume as part of a standard set of tools, but for the most part I look at this chapter as a description of what constitutes “thieves’ tools” rather than a shopping list in itself. Specialty arrows are probably the best items on the whole list, as I’m sure Garrett would agree. Finally, there are a fair number of new magic items, which are all basically fine.

The problem with the whole section, though, is that unless you’re running a single-class Thieves campaign (or Thieves and Bards, maybe), this whole section is dedicated to the kind of work that the thief does alone, taking up a huge amount of game time with single-character focus. Additional gear just slows these scenes down with remembering to use everything and apply all the modifiers.

Most of the rest of the book is guidance for PCs and DMs in campaigns where the thief or thieves can have huge amounts of camera focus, and especially that single-class Thieves campaign. Most of what’s here is straightforward, but if you’re itching to run such a game, it’s a good starting point.

The Complete Thief’s Handbook does not change our perceptions of the class all that much, though the Tools of the Trade section may be particularly good for getting you planning ahead for every kind of problem you might run into in that heist. What I wish they had covered, but did not, is high-level play – when wizards can do the wacky things that high-level spells grant, what does the thief do to stay relevant? (Keep reading, is what.)

For once, Skills & Powers has something really interesting to add to the conversation: five new thief skills.

You also have Weapon Specialization and a +2 Defense Bonus as purchasable options, and most characters should be dropping Read Languages and Scroll Use with nearly insulting speed to pick up any of these other options, but especially Escaping Bonds.

I’m not 100% sure on the history behind the five new skills, but they seem to originate in Skills & Powers, and show up again in Revised Dark Sun and DM’s Option: High-Level Campaigns, their contexts slightly different each time. The latter book has a lot of new abilities for every class, as though someone finally figured out that getting no new abilities after 9th or 10th level was less interesting than it could be. There are a few clear proto-3.0 abilities floating around here, like the first appearance of Evasion and effects that show up again in the Epic Level Handbook as top-end skill effects, like featherfoot (epic Balance). The book amounts to a back-door redesign, but it’s all written with such a tone of “no, you still have to follow all of the restrictions, even the ones that are stopping the game from being fun” that I think they were hoping no one would notice. I’ve called Skills & Powers a 2.5 edition of D&D, but it’s High-Level Campaigns that truly earns that title.

Finally, we come to the ninja. One might think that the ninja should be part of a History of the Monk series, when and if I ever get around to such a thing, but the Ninja is far more like a Thief with slightly better fighting options than it is like a Monk. Not that there’s an official 2e Monk at all. As far as I know, no other 2e text acknowledges this poor bastard, either.

Ninjas get their own Tools of the Trade chapter, and then there’s a chapter on martial arts in 2e that I am absolutely not covering because seriously? Its one really interesting feature is that it so clearly prefigures 3.0 feat progression – everything here costs weapon proficiency slots and is more or less phrased as a special move that a 3.x character should expect to spend a feat to gain. By selling abilities in this way, of course, there’s almost no room left for PCs and DMs to narrate stunts without stepping on what someone else is paying a build currency to gain.

Overall, the Complete Ninja’s Handbook doesn’t seem to add much to the development of the Rogue over the years, though I do like the extended callout that you can just use this class for spies and assassins in non-Asian-based cultures. I might be missing something, but I suspect that the ninja class overall is not great competition with either a fighter or a thief.

Second Edition’s overall contribution to the Rogue is a lot deeper than I had anticipated coming into it, thanks to discretionary skill points and developments later in the edition. The biggest shift in the class’s history is coming in next week’s article, as Backstab (hard to pull off, good but not dominating additional damage) becomes the mighty Sneak Attack of 3.x. 2e’s Rogue needs to stick and move, because they’re only vaguely competent in a head-to-head fight; 3.0 makes them cinematic and deadly, and all later editions continue in that vein.