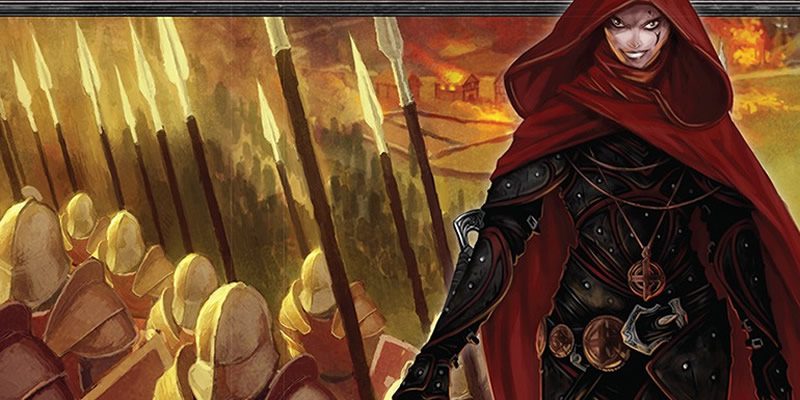 In February, the new six part Hell’s Vengeance Adventure Path is launching, starting with The Hellfire Compact, a Pathfinder adventure for 1st-level characters set in the infernal Cheliax. In this AP, players take on the roles of evil mercenary characters in the diabolical empire of Cheliax. If you and your players are looking for an evil campaign, here’s you chance.

For anyone not familiar with adventure paths, each month you get “a new installment of a 6-part series of interconnected quests that together create a fully developed plot of sweeping scale and epic challenges. In each volume of the Pathfinder Adventure Path, you’ll meet nuanced characters, visit fantastical locations, face deadly foes, and learn ever more about nefarious plots and an incredible world forged by some of the most popular authors and artists in fantasy gaming. What’s more, each Adventure Path also comes complete with new monsters, detailed supplementary chapters on important topics and locations, and fiction in the Pathfinder’s Journal—everything you need to make your campaign rich, detailed, and engaging.”

Here’s a summary for the first 5 books. 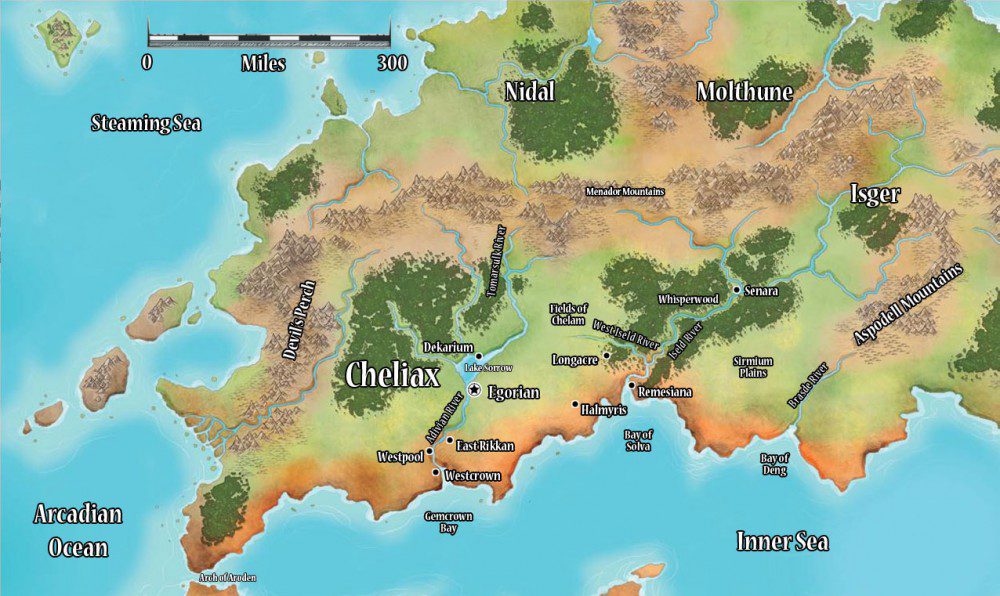 Infernal Cheliax (pronounced CHEL-ee-ax) remains one of the most powerful nations in the Inner Sea region, it pales in comparison to its former Imperial glory. After much turmoil and civil war, the Cheliax of today appears to suffer from extreme diabolism and a tyranny… preventing it from achieving its full potential. But to the powerful inside its borders believe that Asmodeus and Hell serve Cheliax and will grant it the power necessary to return to greatness once again.

It might be a good idea to pick up Pathfinder Campaign Setting: Cheliax, The Infernal Empire, if you are going to run this Adventure Path. If you like idea of running an adventure in an infernal setting and your’re interested in an urban set adventure… you might check out the past Adventure Path Hell’s Rebels (which I ran most of a couple of years ago when I needed an urban campaign)

FROM PAIZO on Pathfinder Campaign Setting: Cheliax, The Infernal Empire:

Cheliax is the diabolical setting of the thrilling Hell’s Rebels and Hell’s Vengeance Adventure Paths, making this comprehensive sourcebook a perfect supplement for either campaign. Within these pages, you’ll find:

The book “is intended for use with the Pathfinder campaign setting, but can be easily adapted to any fantasy world”. I’m going to be running a new D&D campaign set in the world of the D&D 4e’s Nentir Vale and this book might be handy for ideas in developing the fallen Tiefling empire of Bael Turath in that world.