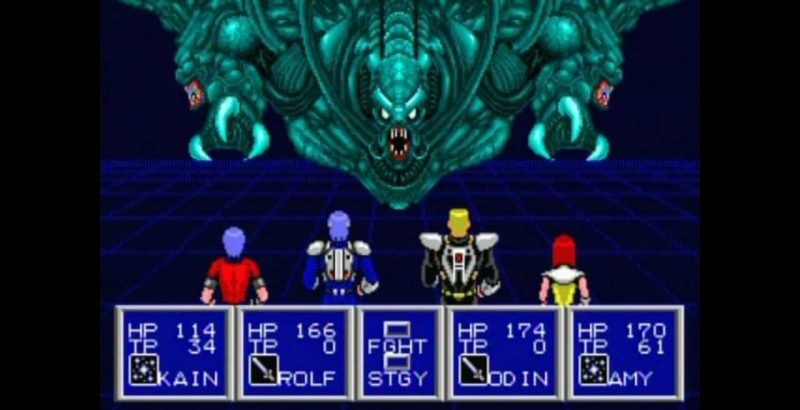 Welcome to Part II of my examination of the first ten years of Home Video Game Console Role Playing Games, or HVGCRPGs. If you missed the first part, click here. We looked at the first five years of HVGCRPGs from the very humble beginnings of RPGs on the Atari 2600 in the early 80’s, up to The Legend of Zelda and Dragon Quest/Dragon Warrior for the Nintendo Entertainment System in 1986. Now, in Part II, we move on into years six through ten and start off with perhaps the biggest year console RPG’s would ever have, 1987.

The Legend of Zelda II: The Adventure of Link

Jan. 1987 in Japan for the Nintendo Famicom Disk System and Dec. 1988 in North America for the NES

Hot on the heels of the original’s massive success, The Adventure of Link looked to cash in on the brand and expand the franchise. Interestingly however, they didn’t just make a carbon copy of the original with new monsters and new dungeons. Instead, they changed practically everything, including the overhead view, and went for more of an action side-scroller style with more combat and less puzzles. I think that it’s safe to say that this massive change from one game to the other confused a great deal of gamers and may have ultimately hurt the popularity of the game, despite the fact that it is still one of the most entertaining and challenging ever made for the NES.

Faxanadu was actually the sequel to a previous game called Xanadu which was released in 1985 for various home computers. And Xanadu was itself a spinoff of the Dragon Slayer Series of games. Confused yet? Anyhow, Faxanadu was the only game of the whole family to make its way to NES and it added to the few RPG side-scrollers that were popular at the time.

Dec. 1987 in Japan for the Nintendo Famicom and July 1990 in North America for the NES

And here we have the first installment of the best selling HVGCRPG franchise in history (90 million in sales followed by 60 million for Zelda). Final Fantasy was a major step forward in turn-based console RPGs with a full group of four customizable heroes; a wide range of weapon, armor, and spell combinations; as well as on-screen animations for almost every combat action. It also boasted a huge map, lengthy plotline, and one of the best soundtracks ever produced on NES. Along with The Legend of Zelda, Final Fantasy would quickly become the industry standard by which all future console RPGs would measure themselves.

Rounding out a very busy and historic 1987, was Phantasy Star for the Sega Master System. Again we have a great RPG with a top down view that would switch to a first-person view for combat. However, Phantasy Star would separate itself from the competition in several ways. The first was the high level of graphics and animation for the time, this game was easily one of the largest and most enhanced games ever released for the Sega Master System. It was also one of the very first console RPG games to offer a 3-D first person view when moving through dungeons, a style that would one day be made popular by Wolfenstein 3D and Doom. Unfortunately, it also stood out from the competition in the way of price. Upon release, Phantasy Star retailed between $69.99 and $79.99 which made it the most expensive console game ever sold up to that point.

Feb. 1988 in Japan for the Nintendo Famicom and June 1991 in North America for the NES

While sales of the Dragon Warrior series in North America could be best described as sluggish; in Japan, the Dragon Quest series was going gangbusters. Dragon Quest II was released just one year after the original and Dragon Quest III just one year after that. But while the second installment made some significant improvements over the first, it was the third title that really kicked it up a notch and would cement the franchise as one of the most popular ever; at least in Japan. Dragon Quest III was the first HVGCRPG to offer interchangeable characters to your adventuring group along with the option to leave characters “in storage” until you needed/wanted to play them again. It also offered one of the first open world concepts in a HVGCRPG where the player could go anywhere at any time and was only limited by the difficulty of the monsters.

And so we have turned the page and entered into the second generation of consoles with the Sega Genesis. Thus, it would only be fitting that a RPG game that pushed the limits of the graphics on the Sega Master System would be the debut RPG for the new Genesis. And it was a beast. At 6 megabits in size, it was the largest console game ever produced at the time of its release (for a current reference, your average iphone photograph is 1.5 megabits in size). It was also one of the very first console RPGs to use a science fiction setting rather than fantasy, a style that would later be copied and improved upon by several games, most notably Final Fantasy. It was also one of the best ever made in terms of character driven storyline and has, in recent years, been recognized as one of the most influential HVGCRPGs of all time.

The Legend of Zelda: A Link to the Past

And I guess I’ll finish off with the game that I think was the best HVGCRPG for the SNES. A Link to the Past was a phenomenal game that decided to go back to the roots of the NES original and then ramp up everything about it. The story expanded, the world gained more depth and richness, the character interactions improved, the combat was simple yet elegant, the dungeons were all of the highest quality, and the boss monsters were epic. This was exactly the kind of game kids had been hoping for as soon as they heard the Super Nintendo was going to be released and this title, along with Super Mario World, cemented Nintendo’s place in video game history. It was the kind of game you didn’t want to put down, no matter how many times you died or how many times you got the puzzle wrong. And the best thing I can say about it is the fact that I can’t think of anything negative to say. If you’ve never played it, you’re doing yourself an injustice.

So there you have some snapshots of the most influential home video game console roleplaying games from 1982-1991. To take a look at where we started and where we ended up in those first ten years is quite a trip. And even though today’s console RPGs are many times more advanced and many times more complex, I’d argue that they really aren’t that much more fun. And isn’t that the point?