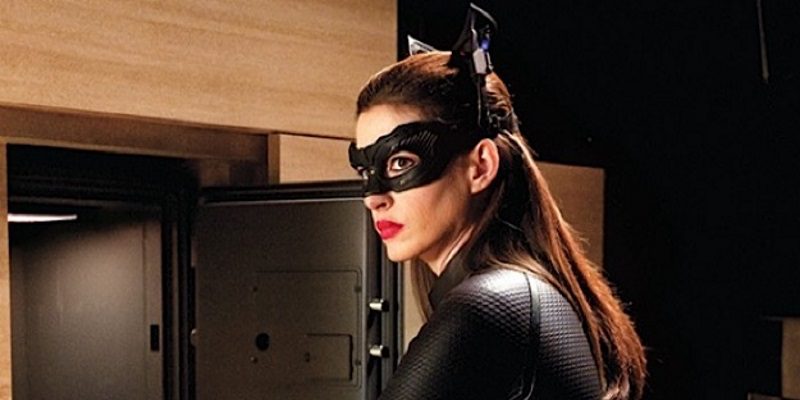 While there may be some additional articles in this series touching on rogues in D&D-like systems, this week I’m talking about the Rogue class of Fifth Edition. Up to this point, we’ve seen the class change from the Thief to the Rogue, lose its assumption of selfishness and even lawlessness (because the rogue turns out to be a great class for detective or inquisitorial work, as we see in 3.x), and turn from a combat-avoidant role to a strong contributor to a party’s success in combat. At each step of the way, the class has had a unique interaction with the skill system of its edition – maybe it’s the only class with a skill system, or maybe it just gets a lot more skills, used more effectively, than any other class. Spoiler, that’s not about to change.

This iteration of the rogue has a lot of the 3.x structure back, though some definitions have changed, and Sneak Attack has retained a fix introduced in 4e. The Player’s Handbook gives us three archetype options, and two additional “official” archetypes have come down from On High in the Sword Coast Adventurer’s Guide. Naturally, there’s a vibrant home-brewing community as well.

Without its archetypes, the rogue class is mechanically solid enough, but doesn’t point in any particular direction beyond “agile combatant who is particularly reliable in non-combat applications” – essentially the same as it is in 3.x and 4e. In 3.x, you focus your concept with prestige classes or feat and skill selection; in 4e you use paragon paths, epic destinies, and feat selections. I’ve glossed over just how much characterization you can get from skill and background selection, but one of the strengths of 5e is that you can say an enormous amount about who your dude is with these choices.

Archetypes, though… they’re the Big Deal of differentiation. Any two rogues with the Thief archetype are likely to be pretty similar, but how often do you have two characters with the same class and archetype in a single campaign? Not quite never, to be sure, but rarely enough that differentiation within an archetype doesn’t need to be a guiding design feature. The three core archetypes are the Thief, the Assassin, and the Arcane Trickster.

If you want to play a speedy hero who practically melts locks and traps with the concentrated power of awesome (i.e., a bonus action is mighty quick) and points back to the original Thief class with superior skill applications and magic device flim-flammery, this is the archetype for you. It’s a great multi-tool, and does a good job of improving out-of-combat utility without completely neglecting combat potency. (Supreme Sneak in particular can be amazing in combat, if you’re clever about it.)

If you want to play a spy or, well, assassin, this archetype is here for you. There are better builds for sustained damage (Rogue (Assassin) 3/Fighter X springs to mind), but I like the out-of-combat features here too. It does a passably good job of sounding like Vlad Taltos’s long-term planning to put a shine on his targets, and that’s all I really want out of an assassin theme.

The Arcane Trickster is here to be the Gray Mouser. This subclass gets:

It’s a pretty iconic expression of a mage-thief, though one that sacrifices more on the “mage” side than the “thief” side. The spells available are great for expressing the trickster concept – you can get a long way on judicious use of charm person and disguise self, to say nothing of invisibility and suggestion. They sacrifice some raw damage output, but they make it back in crowd control and ways to avoid combat entirely.

I don’t have a copy of the Sword Coast Adventurer’s Guide to work from, but previews let me talk a bit about the Mastermind archetype.

More than most rogue archetypes, these guys really seem like they’re set up to be The Villain to me. That’s mostly because I don’t think PCs receive cover bonuses from enemies all that often, though Misdirection also helps the mastermind let the party’s tank do her job better. This kind of hard de-taunt is pretty rare and powerful, though, because the potential for griefing your party is substantial.

A rundown of the swashbuckler is eluding me for the moment, but we all saw the draft in Waterborne Adventures, right? I can at least say that this is an archetype for people who want to play fighter/rogues without leaving the Rogue class, and it’s heavily themed on panache and derring-do. Their Fancy Footwork feature, in combination with Cunning Action, makes them even better at leaving an engagement than other rogues – attack with your action, get a free single-target Disengage, and Dash away, rather than Disengage and Dash. It also shuts down enemies that can normally make opportunity attacks even when you Disengage, as with the Sentinel feat.

Actually, it’s not clear whether this should trump Sentinel or the other way around. I’d propose a blanket ruling that, whenever two “yes I can” features are in conflict, you flip a coin as to which side applies its feature in that one instance. If it comes up a second time, even between the same characters, flip the coin again. That’s probably the only fair way to stop an arms race of “yes I really can” powers.

This brings us to the end of the 5th edition Rogue, and the current History of the Rogue. I’ll link a few of my favorite home-brewed archetypes below (I hope you’ll excuse me if several are of my own creation). The class still mostly fills the same role as it did in OD&D, but with a lot more engagement in combat and durability. It fits enough different themes that most action heroes who aren’t explicitly about wearing heavy armor could be some flavor of rogue: Sherlock Holmes, Batman, James Bond, the Gray Mouser, every Assassin’s Creed assassin, Zorro, Robin Hood, Jason Bourne… we love high action, and rogues are great at all kinds of things that belong in action films. (Other than John McClane, who is more of a fighter.)

A Selection of Home-brewed Rogue Archetypes:

Mastermind (a variant that pre-dates the SCAG)

Barber by Stands in Fire

Holy Slayer by Stands in Fire

Jinx by Stands in Fire

Brigand by Stands in Fire