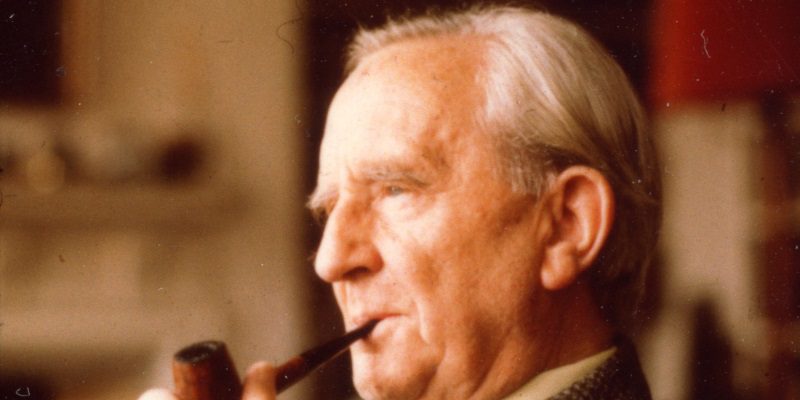 I’d be interested to learn of any methods that GMs use to “borrow” elements from another setting without making it obvious to players that they’re doing so (especially if the players are likely to have exposure to that setting).  Do they simply rename an element?  Do they tweak something important (trivial?) to obfuscate the source?  What tips can you provide to keep those elements — particularly the changes — handy during play, so they don’t get forgotten or lost in a bunch of other notes?

–Bothered by the Business of Bigger, Better “Borrowing”

The internet, plentiful in its wisdom, can’t seem to make up its mind on who first said “good (or was that ‘mediocre’?) writers borrow, great writers steal,” though T.S. Eliot seems one of the most popular candidates. If you read the Website That Must Not Be Named, God help you, you’ll quickly see that there’s no way not to steal, though sometimes you don’t know you’re doing it. You can’t read everything, after all!

Let’s say you’ve decided to lift something from another property. As long as you don’t lift a lot of things from that property, you should be pretty much fine. Because I’m not a lawyer (I just play one in Eclipse), I’m only addressing private usage, where legal consequences of plagiarism aren’t a concern. The failure condition, then, is your friends rolling their eyes at you. I’ll rate outcomes by the number of degrees I think an eye-roll would complete.

For example, imagine for a minute that you’re a huge fan of Raistlin Majere. Maybe you are, maybe you aren’t; no judgment either way, but I assume enough of us know the basics of the character that we can have use him as a point of reference. You want to reference Raistlin a bit in an upcoming piece of exposition. A 100% import – name, golden skin, weird eyes, weird sight effects, twin brother, crappy Con score, challenges Takhisis for control of the Abyss – is not so much borrowing as announcing that cross-dimensional play is on the table, and Dragonlance is part of your multiverse. It’s okay to do this – it’s the DMG’s default state. Just fully own it and exploit it to tell wild, gonzo, Zelazny-esque reality-hopping stories. Fall short of that mark, and you’re looking at a minimum of 1080 degrees of eyeroll.

Okay, let’s go on to suppose that that’s too much, and all you want is Raistlin a la carte.

That’s not the one with ice cream. Please do not tell me about your Raistlin a la mode fantasies. I have to drink to forget such unspeakable horrors already.

His name is the first thing to go, because there’s literally no more identifiable feature. All by itself, you step down to 720 eyeroll degrees, maybe even 540. It’s a big step! But your target is 180 degrees or less, right, because you want to minimize the interruption at the table from jokes each time this game element comes up. Pick the one thing about Raistlin that speaks to you most, and build other elements around it. An undeterred wizard challenging a god for control of the Abyss is pretty metal, but some people who did read Chronicles didn’t go on to read Legends (I assume), so this would all be new to them. When I think of Raistlin, it comes to mind, but it’s not the very first thing. Of course, that also means it’s probably not what you want to lift.

If you want to lift the golden skin, that’s fine – but first introduce the effect that caused it, then the wizard Haistlin or whatever you name him. The Narrator-General suggests that simple misdirection can reduce eye-roll-degrees by up to 33%.

If you want to lift the fraternal twin that is opposite in every way, Arnold Schwarzenegger and Danny DeVito have at least provided you with a little cover, but mostly this “just” feels like a trope. You can get away with this, but you need to go in a cool direction with it. Picking a different opposition than fighter/wizard would help; it’s not so much misdirection as making it your own. It’s fairly high-risk on eye-rolling; maybe as much as 270 degrees all by itself. Do not combine this with other Raistlin elements.

If you want to lift the weird eyes that see everything in the world slowly dying… okay, other than the hourglass thing, I kinda did this in Dust to Dust, but I cranked the horror aspect up until the knob broke. Anyway, this is again fine as long as you supply a firm foundation for why this happened, and make it something other than “my initiation as a wizard got real weird.” I’d expect an eye-roll range of 10 to 180 degrees, depending on how well your justification fit into pre-existing content.

If you want to lift the wizard hunting for the spellbooks of a long-dead evil archmage, that’s an essential element of the wizard’s gameplay, so you’re good. Less than one degree of eye-roll.

Now, I chose Raistlin for this example because a whole lot of D&D fans over the years have some exposure to the character, and he’s more distinguishable from Gandalf than the primary wizards of other settings. Best-practice borrowing lifts narrow elements from less widely known writers. As my colleague’s article last week so ably proved, you can stir up a really kickin’ argument by positing one setting as less (popular, well-written, covered in bees, it doesn’t really matter) than any other setting, so I’m just going to say – read everything, especially the Revered Masters of genre fiction. A lot of more popular work is a rehash of older, often much better work.

The more obscure the origin, the more elements you get to keep. At the same time, there’s a point at which a work becomes so influential to the whole medium of tabletop gaming that you can lift basically anything from it without anyone noticing… because it’s already an inextricable part of gaming DNA. For example, ransack the works of Jack Vance just as Cugel does the mansion of Iuconnu (but with, one hopes, a less deleterious outcome). There is nothing written about the Dying Earth that has not already been stolen. This is the point at which borrowing becomes pastiche. Pastiche is a well-respected art unto itself; just ask Kurt Busiek, may he live a thousand years.

In the second part of your question, you get into how to keep changes straight in your head, when the original was something that spoke to you so strongly. I would recommend securing it to the web of thought and memory that you use to recall anything else in the campaign, with many points of contact. It’s like gaming your neural pathways. For example, in Dust to Dust, we shamelessly lifted Great Weapons from Brust, who I just now learned published before Saberhagen’s Books of Swords. (Mr. Brust, I apologize for my momentary assumption that you were riffing on him!) We changed the number of them in the world and their specific identities, but we kept several major properties and the very high degree of setting significance. From there, we started building stories around them that had little in common with how Brust’s characters relate to their Great Weapons. We remember that they’re different because so many of the stories in our setting touch on our version of the Great Weapons. (Also, we wrote it all down in our Plot-facing wiki.) There is one wielder-and-weapon who particularly resemble a Dragaeran pairing, but… don’t you dare judge. We didn’t worry too much about obscuring the source. People who have read Brust – a fair portion of our audience – know what we’re doing, but we go different places with the ideas, and if any of them found it eye-rolling, they’ve been kind enough to keep that to themselves. To be fair, plenty of settings have some concept of artifact-level weapons with a personality of their own, as a glance through your DMG tells you.

Remember, though, that your players are also going to be riffing on things – characters from their new favorite books, the latest ridiculous stunt from a Hollywood blockbuster, or whatever else. What actually happens at the table almost can’t help but become an ultimate showdown of ultimate destiny, transmuted by the alchemy of first-person experience into a hell of a lot of fun, maybe even a story worth telling each other years later. Keep the eye-rolling at 180 degrees or below if you can, steal from multiple sources (even within a single game element), and always keep them guessing.