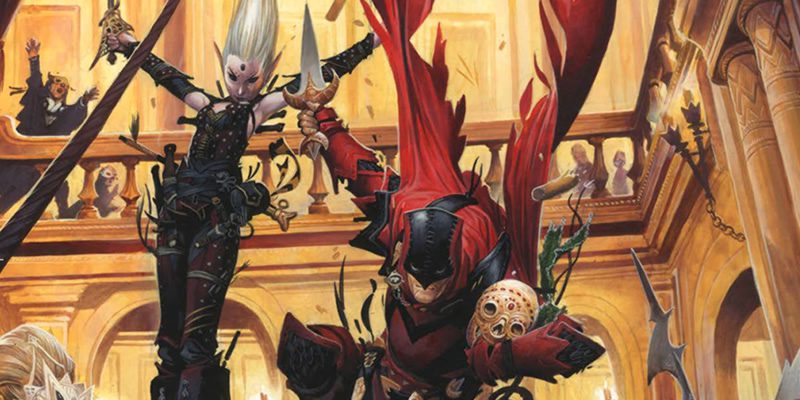 In case you missed it, Ultimate Intrigue for Pathfinder just released for PDF and the hardcover can be ordered now and is available on Amazon on April 19th, 2016. I just downloaded a copy of the PDF from Paizo and might provide a review soon, but here’s a short preview until then. The books looks good so far after a quick flip through.

Most of us at one time have tried to create a Batman inspired PC… now is your chance to play a caped crusader with the new vigilante class. Ultimate Intrigue for Pathfinder RPG gives you all the rules to play the new vigilante class and also provides new archetypes, feats, magic and rules to run your own intrigue adventures. I just ran a steampunk heist one-shot and then a mystery one-shot (set in Luskan). I would have really liked to have had these rules to look at for ideas. 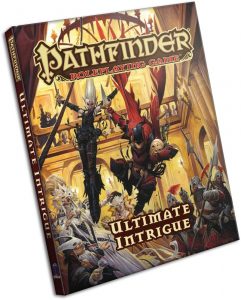 In the right setting, a single scathing word can prove deadlier than a poisoned dagger. Behind the scenes of heroic battles and magical realms lies a seething underbelly of danger and deception. This world of intrigue holds endless possibilities for adventure, as heroes duel with words instead of steel, plot daring heists, and engage in battles of wills against relentless nemeses. A high-stakes game of shadows and secrets is yours to master—if you have the wits!

Whether the heroes are taming the blood-soaked back alleys of their favorite metropolis or jockeying for the queen’s favor alongside highborn nobles, Pathfinder RPG Ultimate Intrigue is an invaluable companion to the Pathfinder RPG Core Rulebook. This imaginative tabletop game builds upon more than 10 years of system development and an Open Playtest featuring more than 50,000 gamers to create a cutting-edge RPG experience that brings the all-time best-selling set of fantasy rules into a new era.

Check it out at Paizo.com