Get to Know the Azer 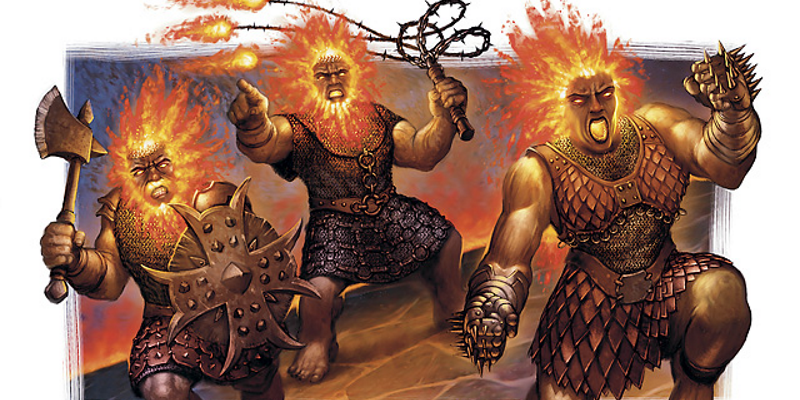 One of my favorite creatures of all time is the azer. Even though they have been around since 1983, I have never played in a game in which azers have featured, nor have I heard of games friends and acquaintances run that feature them. This is a shame, because azers are incredibly interesting, and are a great alternative to traditional elemental representation. Even better, the lore is easy to insert into a variety of situations and games. If you are looking for something underrepresented to feature in a game, then look no further than the azer.

If you were to poll the average D&D player and ask them about azers, you’d probably hear a lot of “those are fire dwarves, right?” For the record, if you can tell me the azer king is Amaimon and that they first appeared in the Monster Manual II, you are probably not the average player. While azers look like dwarves with beards and hair seemingly made of fire, that isn’t the case. Azers are outsiders from the Plane of Fire that are created by crafting a unique bronze body, and then becoming imbued (I’d say enkindled, but I don’t want to get sued) by the flames from the azer that created them. In other words, each azer shares the same fire as the azer before it, back down to the original azer. (It’s worth mentioning that the 4e backstory was markedly different, resulting from dwarf enslavement to giants and titans. This was change was reverted in 5e.) However, they are not clones or constructs, but rather unique individuals with a fully developed society, complete with the aforementioned king.  Azer are limited in their reproduction due to the fact each azer must be wholly unique, and crafted from bronze. This is a long, arduous process, and one that requires a meaningful supply of resources. While a society of azers is definitely plausible, a vast army would be missing the mark. 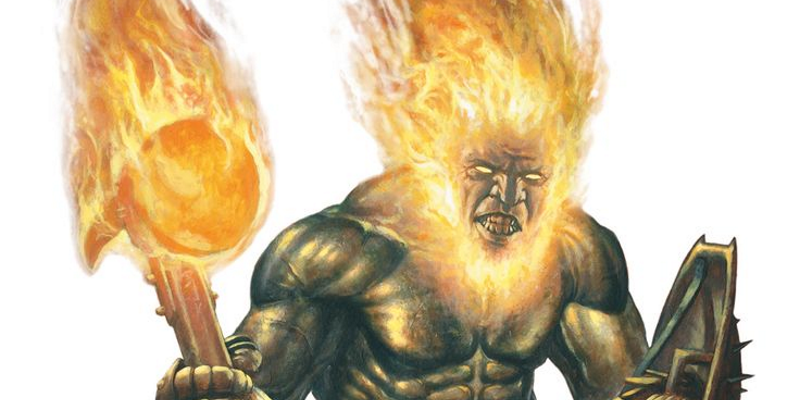 As I mentioned before, one of the most interesting features of the azers are their different depiction of elemental fire. Rather than a greedy, jealous, destructive force, azers represent fire through the passion of creation. While not exactly new territory, it is still a side of the element that doesn’t see much portrayal. As written, azers are also lawful neutral. They are the ordered flame, burning for a specified purpose, and staying within its defined borders, much as you would expect from a forge fire. The fires of creation are also expressed within their core conceit, as azers are incredible craftsmen. In fact, it was the azers who built the City of Brass for the efreet, back when the races were allies.

On one of the material worlds, it would not be out of place to see an azer who was there to craft a powerful item, or create a wondrous work of art. Likewise, the azers value the materials used to create such things, so azer explorers seeking rare and precious gems and ores wouldn’t be out of place. As the group is likely not inclined to immediate conflict, this provides a bevy of hooks and possibilities for interaction with adventurers. Having a neutral group willing to work with the players, yet still have goals different from them, is of inestimable value to the story.

When they are not on the prime material plane, they inhabit the mountainous regions between the Plane of Earth and the Plane of Fire. The azer kingdom spans this region, with fortresses built directly into the mountains and volcanoes of the area. From here, the azers delve into the ground and lava to gather the precious gems and ores they so desire. 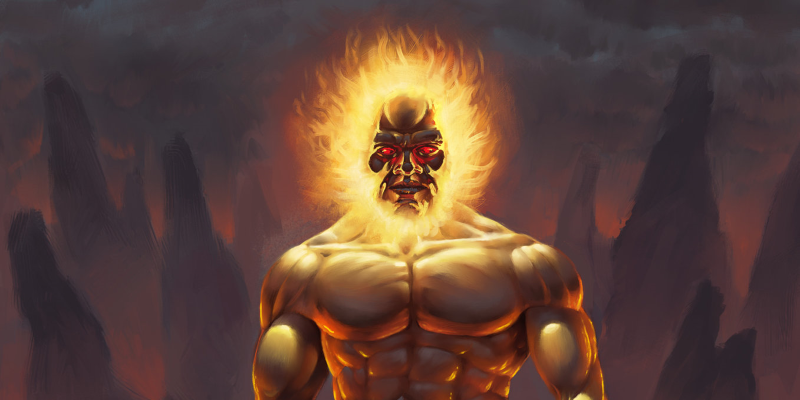 The primary threat to the azer kingdom is from the city they once helped create. Once the City of Brass was built, the efreet attempted to enslave the azers. Seeing this as the betrayal it was, the azers retreated to their kingdom to fend off the advances of the efreet and their salamander minions. Current lore states that there is something of a detente between the azers and the efreet, as the efreet fear the azers will reveal the secrets of the City of Brass to others, and have not committed to the high cost of engaging the azers in tunnel warfare.

The azers, for their part, have no desire to take the City of Brass for themselves. If you are in a planar-level campaign, or are engaging with genies on a meaningful level, this conflict holds all sorts of potential. The azers might help the players sneak into the City of Brass, the conflict between the two sides has become heated (heh) and catches the players in the middle of it, or the actions of the players might cause the relative peace to dissolve. There are a lot of possibilities here, obviously. The great thing about this lore is that it is relatively open-ended, with several great hooks just dangling there to be used.

They are a race predicated on the creation of unique depictions of bronze men. As written, azers are all male. You can obviously change this to fit whatever you are doing. Their uniform maleness illustrates the asexual reproduction of the race, but you can express that in myriad ways. If you run a more philosophical game, their creation is rife for mythos exploration. Each azer is created to look unique, and is imbued with a portion of the flame of its creator. The result is a wholly different person. This is further underscored by the azer society itself. They are ruled by a king, but otherwise operate with the idea that easy individual has a place in society. This isn’t exactly a caste system, but it also isn’t exactly not a caste system. Further, the needs of the society are placed above the needs of the individual, but those who sacrifice for the society are determined by their place within it. If this isn’t fertile ground for an exploration of identity and self, I don’t know what is. I like how easy it is to use azers in a way that is meaningful to character and game growth. 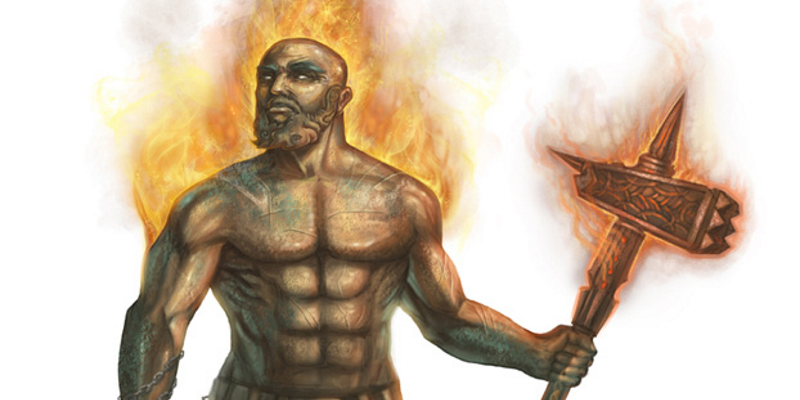 Finally, I love that they are a race of craftsmen. This plays into the above discussion of fire-as-creation, but it’s worth separating out. I love having weird, cool creations featured in my games. Sometimes I want to use it as an encounter feature or a lair, sometimes I want to carry across the otherworldliness of the place, sometimes I want to feature strange enemies, but I always want there to be a strong theme in place to support everything. The azers are a way to do all of that. As craftsmen, you can have an old workshop, device, or creation of the azers that does any of those things. The primary presence of bronze or brass, and the secondary presence of gems, provides description that carries narrative weight. Once these show up with any sort of regularity, the players will recognize the work of the azers. This recognition allows players to make educated guesses about what they might encounter, and provides a measure of lore while doing so. This is why theming is so important.

If you are running a game, consider using the azer at some point in the future. They come packed with a large amount of ready-made, easily customized hooks, and provide an uncommon approach to elemental fire. I know I am always on the lookout for something modular, carrying a built-in theme. If you are in a hurry as a gamerunner, or are just looking for something new to attempt, give the azer a shot. I promise you won’t get burned (I’m sorry).

The Problem of Ogre Power