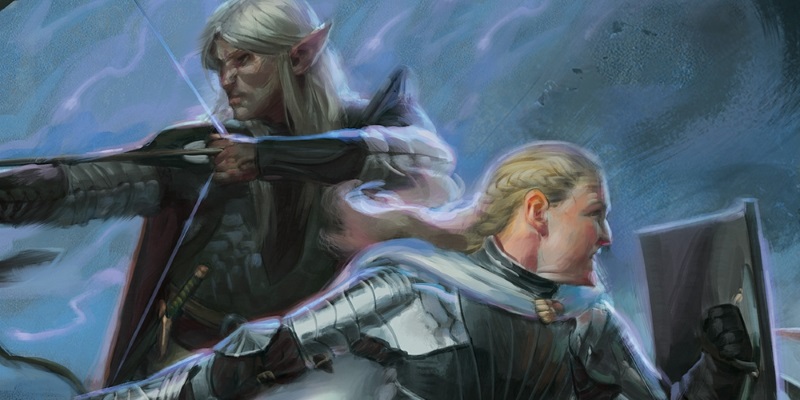 Huh, new UA today, and on what is for some of us a holiday. I guess WotC doesn’t take Indigenous Peoples’ Day off? Either that, or they decided it should be a gift-giving holiday. Anyway, today Mearls is tackling an alternate approach to encounter building. Overall, we see very little expansion or revision of DM-facing content, and especially not with something as bone-dry as encounter building.

It’s fairly rare in discussing UA articles that one really needs to explain the situation that the article affects. In this case, though, I’m betting that:

I can’t think of a way to collect scientific data on this, but… whatever. Not important right now.

The thrust of the rules is that experience points reflect creature power, and while it’s still in the DM’s hands, XP can be treated as a kind of fungible currency. The trick is figuring out your budget. The section starts with Sample Objectives, though, and my love of narrative salutes them for putting the encounter’s stakes before its mechanics.

The mechanics recognize four grades of encounters: Easy, Medium, Hard, and Deadly – thus, implicitly, they assume you know how tough of an encounter would make for satisfying narrative pacing at each stage of an adventure. There’s not a lot of guidance for that in the book, but most DMs learn from instinct over time anyway.

You start, then, with each character’s “XP Threshold,” taken from the appropriate difficulty column. (The UA article’s main thrust is to flip this specific part of the approach, so keep this in mind.) Add all of these numbers together; now you have the Party’s XP Threshold, which we might as well call the Encounter Budget.

Then things get weird, because this chapter is actually trying to support two trains of thought at the same time. On one hand, it has an approach for when you know the characters and the difficulty, but haven’t yet decided on the opposition. (Steps 1 and 2 of Evaluating Encounter Difficulty proceed logically from this position.) On the other, it assumes you know the opposition, but haven’t yet decided anything about the difficulty. (Steps 3 and 4 proceed from this state.) The book doesn’t tell you it’s doing this, exactly, so it sets you up for some awkward recalculation.

Fortunately, there’s a table called Encounter Multipliers, that more or less reflects the raw power of action economy. More monsters means more chance to hit, to pass saving throws – even to be taken out of the fight by crowd-control without just ending the fight; also more reactions, and more territory under threat of opportunity attacks. Now, it also means that AoE spells are not just better, they’re a lot better. If you did have a target difficulty in mind, this table helps you find it, but in a sort of trial-and-error way. There are also good guidelines small parties and encounters that unfold in waves.

D&D has always used attrition mechanics to pace out the adventuring day, so there’s also a chart of Adventuring Day XP – how much overall XP of Trouble a PC can face, which is then summed for the party. On one level, this is kind of painfully reductive – new DMs could get drawn into thinking that instructions on how to balance encounters means that every encounter should be balanced. (They shouldn’t. Encounters that are much too hard to be won are a good thing, used judiciously.) This kind of thinking pervaded 3.x, down to the point of adventure writers powergaming the enemy stat blocks to get as much murder potential out of a target CR as the rules allowed (“okay, so I’ll class-dip two levels of warrior…”) On the other hand, if you know when to use these numbers and when to ignore them, everything is fine.

Finally, there are a few brief sections of advice on how to make encounters memorable, more dangerous, and fun. For their brevity, there’s a ton of good advice here, and I would argue that these bullet points should be treated like an a la carte menu, from which you should really order at least one thing. Just to be polite, y’know. If you’re a blogger like me and you want a seriously underserved area of content to write about, expand these lists with more awesome ideas.

In with the New

This is a multi-step process, so I’ll tackle each step separately.

This document is the kind of thing you should keep in your back pocket as a DM. When the DMG’s encounter-building tools aren’t answering the questions that you really need, or when your encounters are getting a little stale, pull this out and see if it can help you. Or, you know, crack open your DMG 2, since I presume the final version of this system would eventually show up in a primarily DM-facing book. (Except maybe they’re not doing primarily-DM-facing books anymore, other than adventures? Who knows.)

There’s nothing wrong with this document, but other than a few gems and some reminders to go for more unusual encounter types, it’s not going to change your game, unless the DMG’s table makes your eyes bleed and this one doesn’t. Conflating it with the existing rules in the DMG is the best use: that gives you Monster Personality, Monster Relationships, Terrain and Traps, Random Events, Modifying Encounter Difficulty, and Fun Combat Encounters as different seasonings to add to a combat. If an encounter doesn’t have one unusual thing about it, it’s probably not your best work.