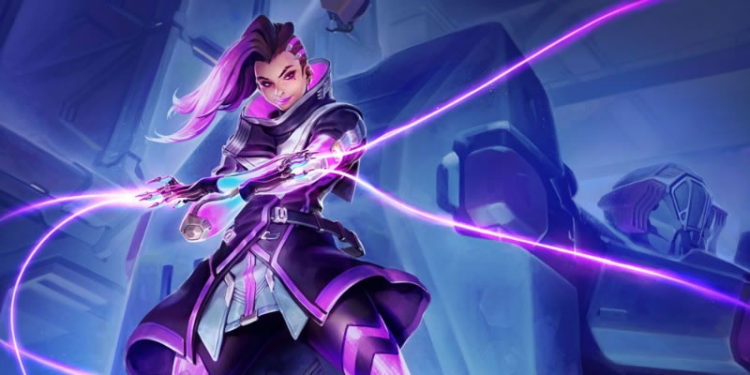 In the past on the Campaign Trail, I’ve taken inspiration from the video game Overwatch as a campaign setting and a source for new player options such as the chrono rogue (“a time-jumping adventurer” that “blinks” through space and rewinds her personal timeline). I play way too much Overwatch and Sombra has become one of my favorites. Sombra uses her mobility, stealth and hacking to infiltrate and disrupt her enemies on the battlefield. I figured these abilities might make for an interesting player option for an urban fantasy, d20 modern or science fantasy or even a traditional fantasy setting.

We now have five official roguish archetypes: Thief, Assassin, Arcane Trickster, Mastermind and Swashbuckler. This week on the Campaign Trail, I share my very rough first draft for the Stealth Hacker roguish archetype. While this article is more of a fun experiment, this homebrew archetype could be used to create any character who uses magic or technology to combine mobility, stealth and hacking to indirectly attack her opponents.

Notes on this homebrew archetype

Rogues often use stealth to gain sneak attacks on their victims, but a Stealth Hacker takes it a step further, completely focusing on tactics to get behind enemies without detection to disrupt and debilitate them. Somehow you have come to possess a variety of gear (magical or technological) that provides your with the ability to hack, camouflage and translocate. You can use your hacking abilities to disrupt your enemies, ensuring they’re easier for your allies to eliminate. Your ability to camouflage yourself and translocate to your beacon makes your hard to pin down and excellent at both infiltration and at narrow escapes.

When you choose this archetype at 3rd level, you gain the ability to instantly translocate through space to a beacon (likely tech gear, but could be a magically infused device). As a bonus action, you can toss out a translocator beacon up to 60 feet onto a relatively flat surface. As a bonus action, you can instantly return to the beacon’s location while it is active (excluding when it’s in mid-flight) and located in an unoccupied space. After 2 rounds from when it was placed, a translocator beacon becomes inactive, you can no longer return to it and the beacon will require an action to be reset while you are holding it.

Starting at 3rd level, you become proficient in hacking using electromagnetic tentrils and gain hack points equal to your level, which you fully regain upon completion of a short or long rest. Your hack save DC is 8 + your proficiency bonus + your intelligence modifier.

Using an action with a free hand, you can spend a hack point to target an opponent that is within 30 feet with an electromagnetic tentril, making a ranged attack. On a hit, a hacked target must make a Constitution saving throw, or be incapacitated until the opponent takes damage or the end of your next turn.

Optional Rule Idea: The hack ability can be used to disable electronic devices, disarm electric locks, or even access computers using your proficiency in thieves’ tools and Intelligence.

Starting at 9th level, you have gained camouflage abilities (likely tech gear, but could be a magically infused device) that allow you to pass by enemies undetected for a short period of time. As a bonus action, you can spend a hack point to enable your thermoptic camoflage, gaining a +10 bonus to Dexterity (Stealth) checks, allowing you to attempt to hide even against enemies that can see you. You remain camouflaged until you make an attack, cast a spell, take any damage or end of your turn (or earlier if you choose). When coming out of camouflage, if you were undetected by a target, you then have advantage on the first ranged or melee attack you make before the end of your turn.

Starting at 13th level, your abilities have increased.

On reaching 17th level, as an action you can spend 10 hack points to discharge a sphere of electromagnetic energy from you in a 30 foot wide radius. All enemies in the sphere must make a Constitution saving throw, or be incapacitated until they take damage or the end of your next turn. 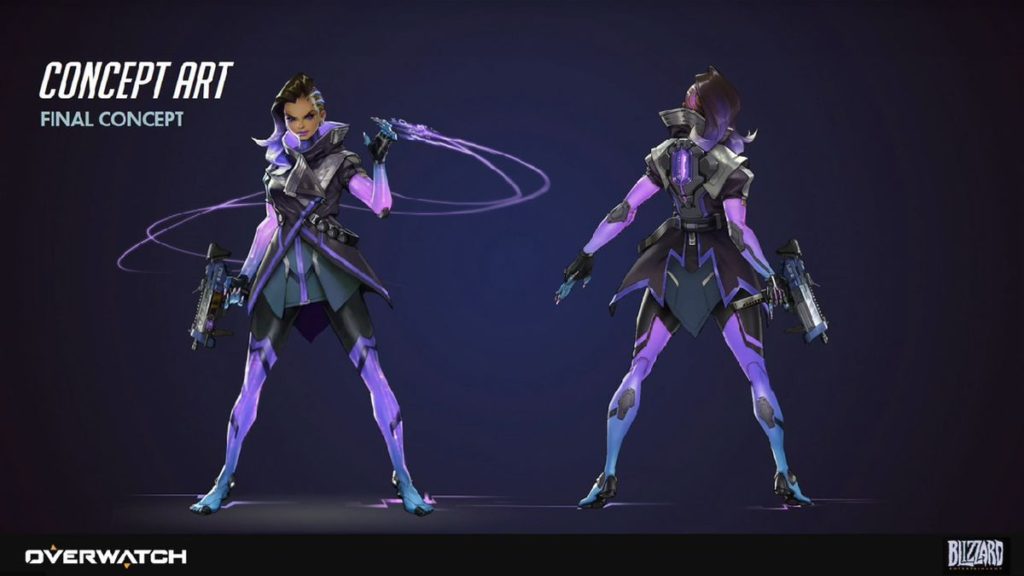 Back in April 2015, Dan Helmick provided some rules ideas for running a d20 modern campaign in 5th edition. He felt that because firearms have the potential to be so deadly, that something was needed to balance them versus the more traditional modes of attack. He offered the following:

I think this is an excellent way to allow for players to wildly shoot or take careful aim, while still allowing melee weapons to be effective.

Sombra’s gun looks very UZI like, but they call it a machine pistol in the game. The burst fire stats for the machine pistol are based on content in the DMG, but I really don’t like the full damage mixed with a static DC for a Dexterity save, treating it like a tougher trap or hazard. For your game, you might consider making the DC = 8 + Dexterity modifier + half of your proficiency bonus, allowing you to spray at the cost of accuracy or you can do what I did below, which is to just half the spray damage to 1d6.

If I was playing a Sombra, I would be most concerned with getting those sneak attack damage dice rolling and not as concerned about how much the base bullet did.

Machine Pistol (with Burst Fire). Fully-automatic machine pistol that can fire in a short-range spread. This weapon can be fired normally to make a single-target attack or it can spray a 10-foot-cube within normal range with shots. Each creature in the area must succeed on a DC 15 Dexterity saving throw or take 1d6 piercing damage. Burst fire uses 15 rounds of ammunition.

Magazine. The 60 bullets stored in this magazine are destroyed when used, but the magazine itself can be refilled. You do not get to find half of your expended ammunition.

Check out the animated short Blizzard created to introduce Sombra to the world.