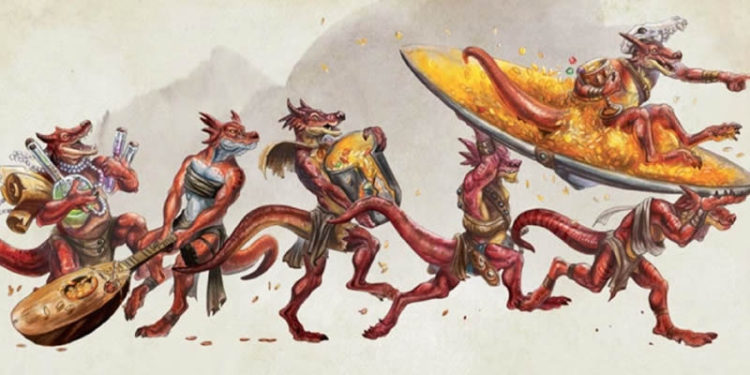 According to Wikipedia, a kobold (occasionally cobold) is a sprite stemming from Germanic mythology and surviving into modern times in German folklore. D&D has traveled far away from the traditional kobold, creating their own iconic monster.

Way back in 1974, in the Dungeons & Dragons “white box” set, the kobold was one of the first monsters introduced. Back then, they were simply described as similar to goblins, but weaker. Kobolds have been described in various ways throughout editions, but they are most often depicted as hairless with red skin, and somewhat reptilian or somewhat dog-like or both. They are also described as being weak, cowardly, good with traps and possessing an adoration of dragons.

These “little dragons” can be found all over the various D&D worlds such as under the streets of Stormreach, deep in Kobold Hall, or anywhere else you might want to hide a dragon and its trusty minions. I really like running kobolds as early monsters for my PCs to encounter, but there is the legend of kobolds that can challenge any level PC that is only whispered by players.

Every D&D player should know the legendary tale of Tucker’s Kobolds.

If you happen to have no idea what I am talking about, read the full tale from Dragon 127 (it is a pretty short read, go check it out and I’ll wait here).

Tucker, was the name of a legendary GM in the ’80s. His dungeons were recounted in a Dragon Magazine editorial by Roger E. Moore, who was a player at Tucker’s table. This devious DM was known for using kobolds to terrorize his players with clever dungeon construction and cunning monster tactics. His weak little kobolds were protected by armor and shields, would wear down a party with traps, shoot from arrow slits, set hallways on fire and throw Molotov cocktails, and other horrible things as they ducked in and out of tiny tunnels.

“We ran into an unexplored section of Level One, taking damage all the time. It was then we discovered that these kobolds had honeycombed the first level with small tunnels to speed their movements. Kobold commandos were everywhere. All of our hirelings died. Most of our henchmen followed. We were next.”

The tale of Tucker’s Kobolds is a great example of any monster being tough, if used well. This tale is likely the reason why we see so more lore in later editions of D&D about kobolds being cunning trap-makers, rather than just low hit point fodder. 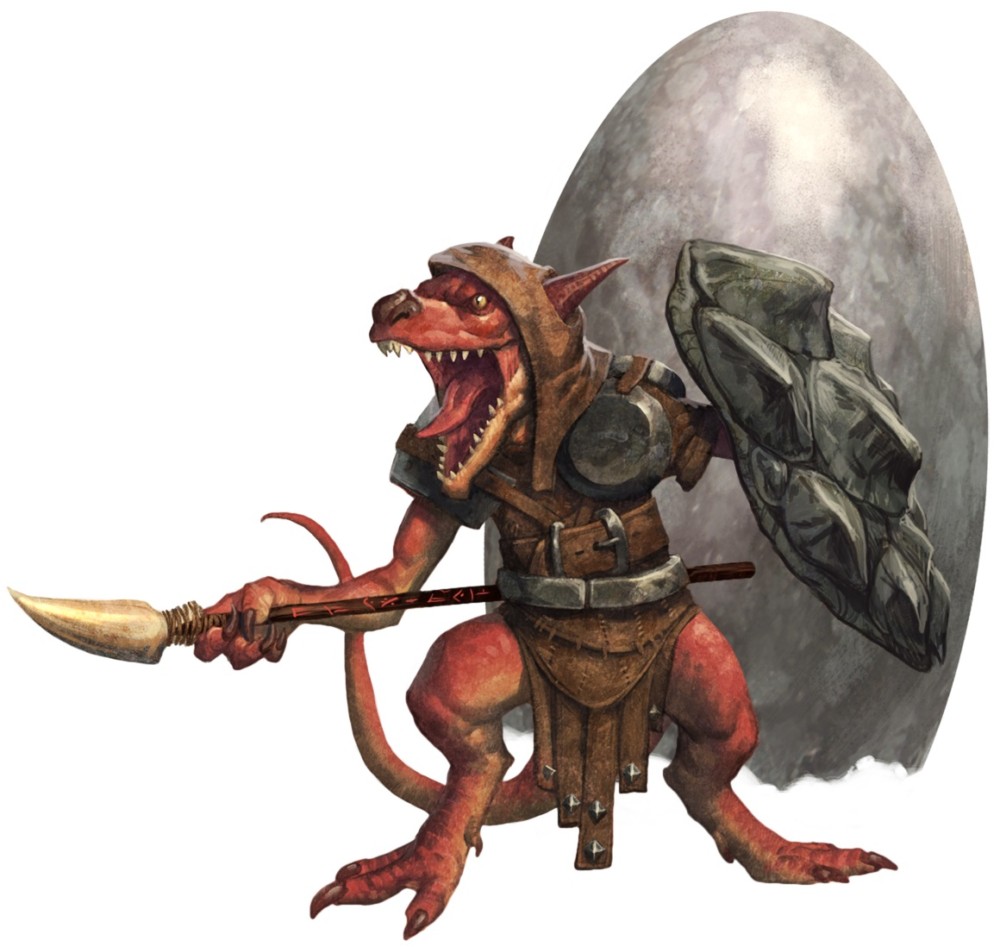 I’m sure many of you are thinking about your next session of how you can kill your PCs with kobolds, just like Tucker. I recommend checking out the new trap ideas found in Xanathar’s Guide to Everything.

But let’s turn the table around…

I thought it might be fun to play a scenario where my players get to be cunning, cowardly kobolds.

Here are some quick ideas for how you could run a one-shot. These are pretty rough, but I’m hoping to try them out sometime soon. Until I get to playtest these, beware!

The DMPCs are Coming!

As mentioned, I would tell the players they get a set number of turns to set-up the dungeon. I think 5 or 10 minute turns would work best, but really time would be pretty arbitrary.

Once the PCs are in the dungeon and prep is over players can attack with their PC each combat round and:

Who is the Winner?

You could play the scenario out as a pass/fail with the DMPCs either defeating the kobolds or getting killed/retreating. Another option would be to put a score into effect such as this:

Share your kobold stories or let us know what you think of running a kobold one-shot in the comments below.