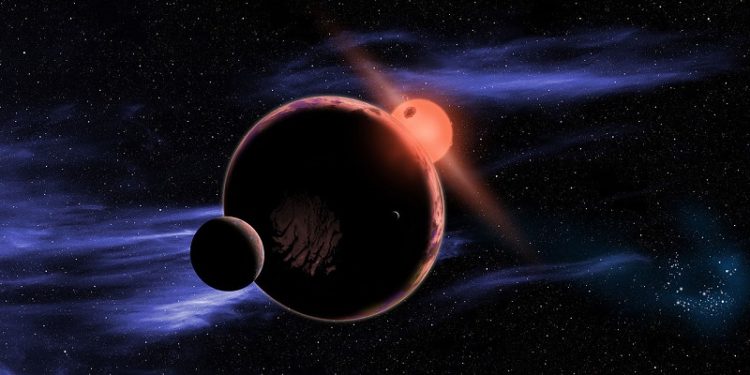 (Apologies for this being a little late, it’s been a rough two weeks)

The planes are a cool place. Celestia, Bytopia, Mechanus, Limbo, Acheron, Carceri – all places worthy of myth and exploration. It’s also a neat way to explore the different established prime material worlds: such as Abeir-Toril, Krynn, and Oerth. However, maybe you don’t want a full-fledged fantasy world with tons of pre-existing lore and supplements. It’s a lot of baggage to get on with – even if I tend to love that baggage and working within defined settings – for a lot of people. On the flipside, you might not want to design an entirely new world and detailed campaign setting. After all, you are running a Planescape game – not a homebrewed world game. That doesn’t mean that prime material world exploration should be entirely off the table. Planescape affords players the opportunity to be something akin to the crew of the Starship Enterprise. They can be the first people to explore a prime material world, or be the first opportunity for that world to encounter extra-planar travelers. This is an area of Planescape play that means a lot to me, and it might mean a lot to others. To that end, here are some charts to quickly generate some prime material worlds that your players might be able to encounter through an errant portal – or even by specific intent.

This is your basic “what the planet looks like in large” description. An Earth-like planet is what we see of Abeir-Toril and Krynn, a gas planet with cloud cities or floating land is Bespin or Arianus, a water planet is Earth in Water World or Chelestra, etc. This should give you a basic idea of the makeup of the planet at a high level.

This chart is to assist with the dominant features of any given area the players will likely start-in or encounter. You can either roll once per area you wish to feature, or you can roll multiple times for a single area. If you want to create a specific aesthetic, roll once to establish what would be in every area, and then a second time per individual area you wish to feature. For how some of these might work – a vast labyrinth on a water world might be a tangle of ships or one now submerged, the bones of creatures might float on the surface and be where people live, etc. A planet with constant storms might have a network of covered roads between major areas.

Technology level can be tricky, but it’s a crucial part of easily and quickly defining an area. Is the industrial-age meshed with magic feel of Sigil spot on, is it more of a Masque of the Red Death situation, is it Eberron, or is it full of lasers and ultra-kill bots? While the latter is probably not right for all games, there is something to be said of encounter high-tech prime worlds from time to time if you are really pushing the whole multiverse cosmic exploration thing. Surely the fighter that gnaws on the crowbar from his kit can be trusted with a pulse rifle, right? Regardless, please understand that I am not a historian, and these are all earnest suggestions.

The magic feel of the world goes hand in hand with technology level, and probably influences how it works. If you have a high-magic world and a world in the modern age, it’s likely that a lot of the technology is magic-based. Eberron is a great example of an magitech world, as would be the setting of Final Fantasy VI. A high-magic Stone Age would might be limited because their magic is mineral based, the magic is such there is no need for anything else, or it’s dominated by a few. The magic level of the world might not influence how the magic of the players works while there, but it certainly could.

What kind of sentient creatures are in the immediate area or hold dominance over the planet? Surely there are lifeforms here to encounter the PCs and give it that fish-out-of-water, exploratory feel. Right?

It’s always nice to know what sort of ruling system the players will encounter, should they encounter sentient creatures. There are all sorts of opportunities to turn things around and showcase different problems they might encounter on a sort of weekly or episodic nature on the different prime material worlds.

Adding a religious element can assist in lending instant flavor to a place or planet. As with the others, re-roll multiple times if you want to create different areas for the PCs to encounter. In general, one or two should suffice without too much effort.

Last – though not least – here is a list of complications that each planet could pose for any adventurer who sets foot upon it. The natives are likely used to this complication, or have otherwise accounted for it in some way.