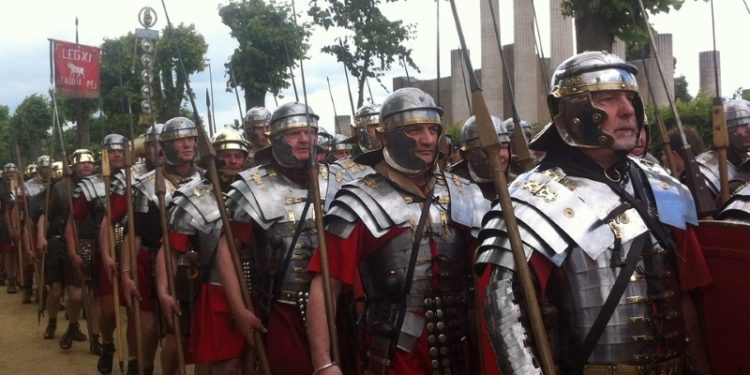 When I first saw monster stat blocks in the D&D Next playtest, and again upon the release of the Monster Manual, I was surprised at how much of a return to 2e-and-earlier form they resembled. They have some of the formal action presentation of 4e’s creature blocks, but they’re much simplified. They’re nowhere near the eye-bleeding-dense lists of skill bonuses and feats that 3.x creature blocks become, at even low-mid levels. Now, this has significant plus sides – ease of use is way up.

On the other hand, I miss the way that the combination of stats, actions, and traits in 4e sculpted encounters and built an engaging tactical puzzle. It was definitely possible for this to go too far, and running 4e monsters at peak tactical efficiency pushes the mental advantage of 3-6 players up against one DM to its breaking point. I’m not the tactical genius of some of the DMs I know, crunching all of my options and pick the most devastating one for any situation. The game still works well, but the sharper the DM is in 4e, the more the puzzle crystallizes, and I choose that word because it’s as beautiful as a mathematical proof recited by the lamentations of your enemies.

I want to ease what worked back into 5e, without exploding into excess complexity, and generally holding to the design aesthetic. We’re seeing a lot more tanky tanky tank play in XGTE’s subclasses, though it’s there even in the Player’s Handbook. This also highlights, of course, just how big of a gulf there is between a campaign with feats allowed and one without, or a D&D Basic and PH-only D&D campaign. They all work, but they work very differently.

For a non-mechanical approach to what I’m doing here, go read Ben Scerri‘s advice on the matter. Okay, really, just treat his article as Step One; if you try that and it doesn’t go far enough, I’m here for you as Step Two. (If you’re currently formulating a nastygram about how anyone who needs mechanics to fulfill combat roles is a bad DM, then this isn’t for you, and also I don’t know how you can even read this post from way up on your high horse.) For a primer on the terms around defender play, check out Jessica Celeste Deuel’s guest article from a couple of years back.

There are a lot of different ways to make a creature just a little more of a defender, so I’m recommending that you pick just one – two at the most – of the following features to add to the creature(s) you want to set up as the defenders for that encounter group. In general, don’t set up all of the creatures in a group as defenders, unless you’re really, really sure you know what you’re doing – the point is to have varied tactics by creatures in a group. I’m not pushing numerical adjustment; obviously, you can increase an individual creature’s defenses to your heart’s content. That doesn’t change its behavior, though, as much as it gives you more complicated numbers to track – like remembering that this hobgoblin is the one with 2 more points of AC, but otherwise uses the same stat block. The easiest cue for that is if it’s the one miniature that is holding a shield… assuming you’re using minis at all.

Also, these are not all thematically appropriate to all creatures! Not even close. Consider which trait or traits fit your mental image of how the creature fights.

That’s twelve options – probably a good enough start to get you building ideas of your own.

I’m not applying CR modifiers to these traits, because I don’t award XP based on CR of monsters defeated (and you shouldn’t either, it’s the least interesting rubric), but as a rule of thumb, for every two creatures you tag as a defender, treat one of them as 1 CR higher. It’s inconvenient for the PCs, but there aren’t big shifts in damage output or individual defenses going on here. If you super care, there’s a table to sample traits in the DMG to use as a guide, but that’s left as an exercise for the reader.

In implementing these at the table, make sure to include descriptive elements – such as the postures that the creatures assume – to suggest that there’s something unusual about the defender(s), especially the first few times you use these. If your PCs are already familiar with 5e, two seemingly-identical creatures will be presumed to be the same if they don’t take steps to distinguish themselves, and the point is to add wrinkles to PC decision-making, and thus behavior. If you’re adding the foundations of tactical puzzles to the game, then make sure you add tactical clues as well.

Depending on how these ideas stand up to testing – and please, if you use these, let me know how they go for you! – I’ll look into adding traits for other monster roles, though I feel like brutes, skirmishers, artillery, and controllers are fairly broadly represented as-is, and lurkers are in an okay place too. It can’t hurt to have a collection of traits to work from when you’re building new creatures and want them to work a certain way in combat.

(This is a repost from my personal blog, Harbinger of Doom. What can I say, it’s the week of Christmas and I am trying to figure out what in God’s name one does with calling birds, or where exactly I am going to hire a bunch of acrobatic members of the aristocracy. At least I have a few days left to figure that one out. Point being, next week I’m reviewing a DM’s Guild product, and the week after that I’ll return to my breakdowns of Xanathar’s Guide to Everything.)