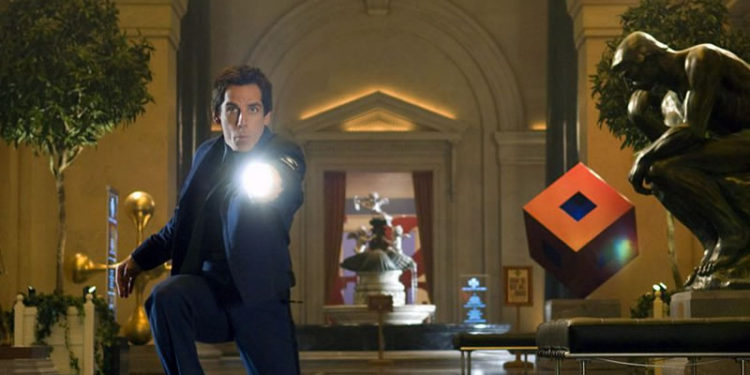 (Author’s note: The reason why I use the term “security officer” in this article, vs. a “security guard” is simple. Officers think on their feet, and can use their training to adapt to changeable situations. A guard only can do one thing, alert others of a potential threat. A “guard” might be a robot, a golem, a mindless undead or a dog)

Security Officers in popular media are both portrayed as inept and unprofessional due to being sloppy and inattentive. This is not the reality; security guards can help make our lives safer, monitor dangerous areas, and give us directions. By playing up their professionalism, the technology they use, and systems of crowd control and monitoring, GMs can make encounters with security more than a ho-hum encounter.

According to this article peace officers and security officers differ in a few key areas:

The Law enforcement are provided by the state. Their duty is to enforce the law and preserve the public peace. If a law is violated, law enforcement officers are required to pursue and apprehend the person responsible. Security Officers are crime, threat and risk prevention officers assigned to protect specific people and property, for instance the tenants of a building, a parking lot, or a museum. This may include detecting some of the same offenses that would cause a peace officer to act, such as a fight or burglary. Their job is to act as a deterrent to crime, to watch for impending danger and to report crimes they may encounter. Their roles and responsibilities are as follows: 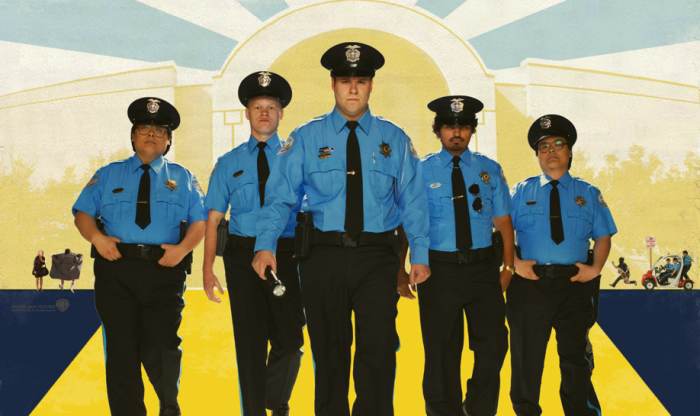 Why The distinction in a game?

There may be times when GMs may wish to hinder players from entering a location, but don’t want a fight to come of it – or if one does occur that the enemies might be easier to defeat than actual law enforcement officers. Or maybe it’s necessary for the place to be secured, for whatever reason, armed guards are not an option. For instance, most of the time one would not want armed guards in a place where ricocheting bullets might cause an explosion. Another example is that one would not want bullets flying around in a place where there are crowds, such as at a football stadium.

Playing up a Security Officer’s Professionalism

When the players enter a situation that is being guarded by security, what does the scene look like? Are the officers all in a set uniform? Are the uniforms all ironed and held to the highest standards?  Do the people seem to care about why they are there?  Do the officers carry out their orders politely, but firmly when giving the public directions? Do they have rules and procedures for various emergency situations such as fire, medical emergencies, and criminal or terrorist activity, as well as such things as weather related events where they might need to have the public “shelter in place.” The more questions that can be answered affirmatively, the more professional they officers are.

If it’s a building or a venue that’s being guarded, what are the procedures to check people in and out? Is it a sign in and the person can exit when they want? Conversely, do people need to sign in and out? Are there special badges or identification that needs to be shown in order to proceed from one point to another? Do people need to be “wanded” for metal objects or undergo other types of searches before entering (or exiting) certain areas? The more measures that are in place, the more secure the building or venue will be.

Playing up a Security Officer’s Technology (or magical) Tools

There are a variety of tools that a security officer can use to monitor a situation. The first and simplest way is a security camera. In a less technologically advanced setting, that might be done with scrying pools or mirrors set to monitor a location. In either case, there should be a way to record what’s happened.

Additionally, there are systems that allow guards to remotely monitor where visitors are, by tracking where their pass is, as they pass through certain access points. Furthermore, in addition to “standard” locks that open by keys, there can be locks coded so anyone with the proper badge can get in. These magnetic locks work similarly to the “gated” systems for mass transit systems, but instead use cards to unlock turnstile gates, and ballistic glass reinforced steel doors. It could be that different cards can open different locations.
A further security feature that is in the beginning stages is bio-access readers, that might scan a person’s retina or fingerprint. Maybe in the far-flung future, instant genetic scans will allow for perfect matching identification.

Finally, there’s the idea of “time stamped” guarding, in which the guard goes around from post to post with a flashlight-sized device to an access point. By inserting the end to the device, it registers that the guard was at that post at that exact time. If the guard fails to register they are at the post in certain intervals, an alarm can sound, letting other guards in the area know something’s wrong. In a less technologically advanced game, the same thing could be done with duplicatable magical devices. If a GM wants to be nasty, the magic device could be attuned / self-aware and picky about who uses it. It could require a certain alignment, class, or oath to work and won’t work for others not matching its requirements.

In a situation where there are large numbers of people gathered, there’s always a chance of things going horribly wrong. This can happen due to a number of different reasons, including criminal activity such as terrorist activity, gunfire, pickpocketing, fire, weather conditions, etc. But before the crowd comes together, event managers need to find ways of stopping mischief before it happens, thus the need for crowd control gates and ropes when entering airports, concerts, sports events, and other large-scale events of every stripe. At these security checkpoints the security officers will have a list of prohibited items that they need to screen for. If these items are found, by the rules of the venue, they can be confiscated. If the are is secured by law enforcement officers as well, the person may be detained, questioned, and charged with a crime.

Furthermore, the very layouts of many of these venues are setup such that the security officers have ways of going places where the public can’t, through back corridors and other areas inaccessible to the public at large. Even if there is a problem that doesn’t concern the crowd as a whole, such as a medical emergency, it’s still important for the officers to be able to quickly get from one part of the venue to another without being interrupted by the public.

With all of these measures, it’s a given no security system is perfect. Far from it, in fact!

There will always be flaws where would be mischief makers might cause problems. An underpaid officer might be bribed to look the other way while something of important is removed from the premises. If under enormous stress, she might not care enough to stop a dangerous situation from happening, provided she knows she could escape unharmed. An officer’s badge might be stolen and with advanced technology or magic, another person could be made to look like him or her. A computer system can be hacked to let unauthorized people break in.

There’s also always room for improvement; that’s why those at the top of their game are always undergoing training. This training might be learning how to be more professional, with topics such as tone of voice, how to observe more effectively, how to ask for clarification without causing an escalation of the situation. Conversely, the training might teach the officer how the latest and greatest technology might help them, the latest techniques for first aid, or how to use an AED device. Finally, they might be trained in how to better funnel people in crowds, check for authentication (i.e. tickets, badges, etc.) so that unauthorized people can’t gain access to where they don’t belong.