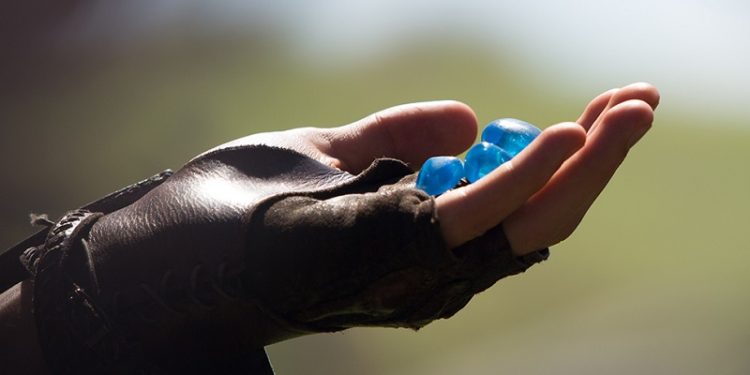 What is considered to be an elf/elvish varies widely by culture, time, and setting. Elves can show up as everything from the Tolkien-esque to creatures others would identify as trolls.

Here are twenty-three ideas for making interesting elves to your game.

Value security and safety, wanting nothing more than to settle somewhere safe and live a pleasant, peaceful life with friends and family.

Unfortunately, their psychology counters such a life in that they are curious explorers who pursue new discoveries, live more for the moment than for the long term, and value things like laughter, song, and strong positive emotions more than humans do. This can cause them trouble as they don’t foresee the consequences of their behavior.

Winged elves, albeit flightless, which they use to hover and glide, giving them exceptional balance.

They were once a prominent race, but over the years their numbers have declined due to the war against the Demon Dactyl.

Nowadays, they train humans to become rangers for two purposes: to give elves access to the outside world without leaving their valley, and to correct evils in the world. 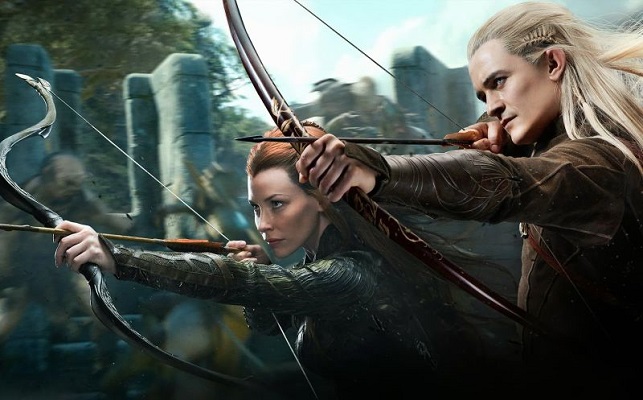 A conservative warrior-aristocracy society with a greater understanding of magic that they use to enhance their everyday lives.

The abstract elven psyche is both mystical and logical, creating a nearly perfect balance between the two.

High elves can be seen as emotional creatures, perceived by some as empathetic, as well as passionate about things they take liking to.

A reclusive, insular, feral and stealthy elven species who remain close to nature and are rarely seen by other races.

They tend to think in terms of predator and prey, and of life and death. They view outsiders with suspicion, but are fierce allies to those they consider their friends. 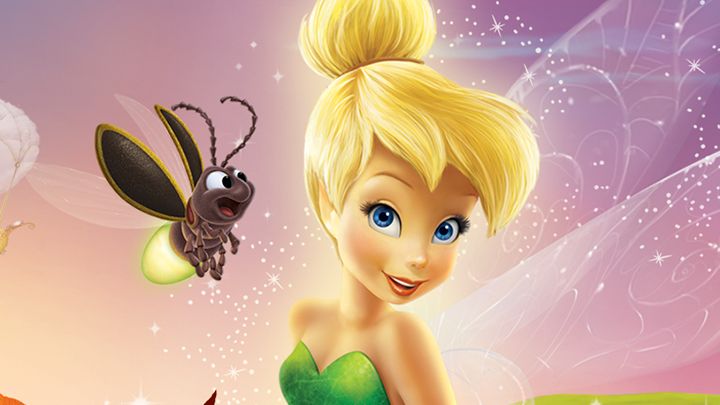 Tend to be more impulsive than the other elves, and dislike remaining in one place for any length of time. They are happiest when traveling, especially across the expanses of untrodden wilderness. They are drawn to adventure through sheer wanderlust, desiring to see and do everything possible during their long lives.

Closely resemble their land-dwelling kin, but have developed gills for breathing underwater, and webbed fingers and toes for swimming. They have an over-developed sense of self-worth, viewing their land-bound cousins as limited by their environment, boasting they have embraced a biome filled with life and endless possibilities.

Many aquatic elves adopt the lonely lives of hermits, while some band together into small communities, more for mutual defense than for any perceived racial bond.

The most arrogant, haughty, and patient believe they are the true elven race, the builders and leaders of the elven realms.

They feel the other elves fail to live up to the solemnity and dignity of their ancient stock.

They also feel rushing a job or finishing a project with anything less than perfection is betraying the elven ideal. As a result, they tend to have a much narrower range of skills than other elves, but they are the unrivaled master of the skill, art, or craft to which they turn their efforts.

An aloof and secretive people, accepted by neither elves nor men, they have simply withdrawn from both and carried on their lives, inhabiting snow-covered mountainous regions.

Their isolation from their cousins stems from the fact they were deceived into allowing dark elves passage through their lands, not knowing they were serving the aims of an evil god who had recently declared war on thei cousins.

Their conflicts with man stems from the dawn of history, where they sought once to dominate or destroy the men who entered their mountain valleys and homes.

The most noble and most reclusive of the elves, having withdrawn from the world after making their mark, which was to ensure the world was well on the path of goodness.

They view themselves the protectors of good in the world, but rarely come to the assistance of the “lesser” races.

Calm, serene, and difficult to surprise. They are at one with the world of nature, using what naturally occurs in the world to shelter or defend themselves, and thus are uncomfortable in cities.

They have lost the urge to build and replace nature with walls and palaces. Even the cities built by their elven kin seem foolish to the wood elves, who have come to believe that buildings of stone are transitory in nature, and that in time, the forest returns to overgrow the greatest of cities.

Sadistic, destructive, and treacherous, viewing themselves as the rightful heirs to world and still remember the perceived injustice of their exile to the underworld.

They hate other races and either wish to make war upon them or view those others with contempt and tolerate them only as necessary for trade or temporary military alliances.

Even among their own kind, dark elves are cruel and suspicious. 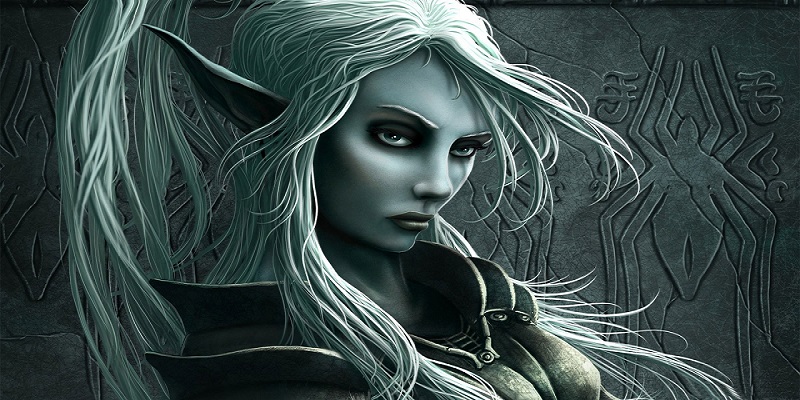 At best, elves who come from these courts typically go by their exact words, don’t care about the consequences of their actions, and delight in the mess they’re making of mortal lives.

Fire Elves are wild, willful, and unpredictable. Fire is the source of life, and a way of living, believing, and thinking to them. They don’t worship fire itself as a god, but revere it as a holy emanation of creative force. They are a hardy folk, living in many climes, but always secreted away from society, as few share their beliefs.

Water (not aquatic) Elves are pacifists, making no weapons and fighting no battles. Why should they fight when they can just flow through, over, and around any opponent? They see things from the point of view of the ocean: there is nothing they cannot outlast, outmaneuver, or wash over. Water elf society is (pardon the pun) fluid. There are no set standards. They have no need even for individuality, especially since they can merge with each other to form a great water elemental.

Earth Elves broke away from mainstream elven society, delving deep within the earth, learning the secrets of the soil and the healing presence of the earth itself, losing the literacy and the connection to the arcane in the process. But just because they are simplistic and unlearned, don’t mistake them for being stupid. They tend to move and think slowly and with certainty. They have a great knowledge of soils, rocks, minerals, and plants, and they keep this knowledge alive in their songs and rituals. From their friendship with the earth, they have also gained great contacts with the animal and plant spheres.

Air Elves are a sorcerous people, few in number. Because of their small numbers, they tend to live in communal setups. They feel little for the concerns of the outside world, being stand-offish and caring little for the mores of normal society. Money means nothing, and marriage is a foreign concept. They took their studies to high places – eyries and such. Their numbers dwindled even further than they had been at the start, but enough survived the experiments and rituals to have allowed this offshoot branch to continue.

Were female spirits of the natural world, minor goddesses of the forests, rivers, springs, meadows, mountains and seas. They were responsible for the crafting of nature’s wild beauty, from the arrangement and growth of the plants, flowers and trees, to the nurture of wild birds and animals, and the formation of rocky caverns, springs, wetlands, and brooks.

Solitary creatures whose principal occupation is making and mending shoes. They enjoy practical jokes. Or you could go with the horrific version in the movies.

More delicate than their earth-bound cousins, with hollow bones to aid their flight. They have pale, often porcelain white skin, and white, black, brown, or speckled wings. The avariels’ society is split into two groups that coexist together:

Warriors – geared towards war and power, answering to war chiefs who govern avariel society equally with the religious leaders who live by a complex code of honor and spend their lives defending their race.

Scholars, philosophers and artists – intellectuals who believe in solving problems through reason and diplomacy. The avariels spend much time researching magic and history, contemplating religion and worshiping their gods.

Elves that help Santa Claus build the toys for all the deserving boys and girls. Many of these elves have magic that helps this task out. 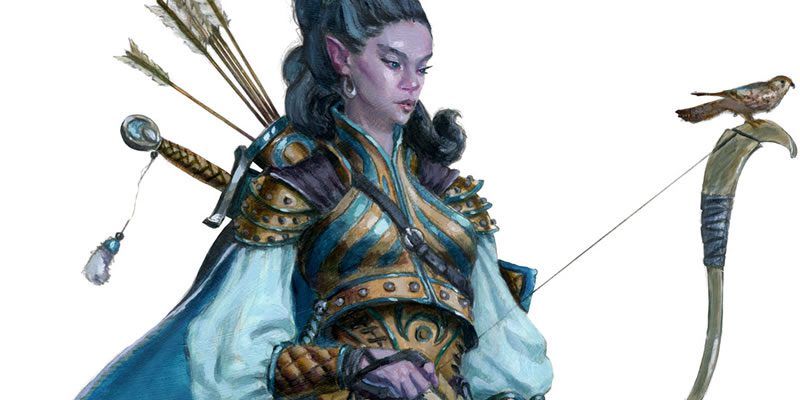 Generally benign, mischievous, short of stature and attractively childlike. They are fond of dancing, and gather outdoors in huge numbers to dance or sometimes wrestle, through the night.

Shinto showcased supernatural creatures that have much in common with elves and fairies. Some of these creatures are good, others are evil, and many are different. Some are mischievous, whereas others avoid humans entirely. Shinto is an animist religion, and youkai are often associated with natural features such as forests and mountains.

With alien cultures compared to human standards, almost immortal, powerfully magical, and not overly fond of mortals, these creatures are elf in all but name.

Cyber elves are sentient computer program created with pure energy and made in the image of anthropomorphized entities, from animals and objects, to even human occupations and mythical beings, and these appearances are also significant of their abilities and capabilities as a living form of software.

Originally, desended from fairies in the era of the books, they are (essentially) no different than mortals, save for appearance an affinity for magic and the ability to see further than other races.

According to this link , The Spelljammer Elves are unique in that they are a very strong force. The Imperial Elven Navy (IEN for short) is the dominant force in Known Space. Their uniquely grown ships are among the most effective craft in the Void… and with such powerful mages at their beck and call, they are fast and deadly spelljammers. They call themselves imperial, yet an empire is notable absent. An interesting thing to note is that they are not nearly as good aligned as they are on the Known worlds, being responsible for such re[rehensible acts as the super soldier programs, and magical genocide. Their domination of space is at best that of benevolent dictators, and at worst is outright fascist

As you see there are a variety of elves that you can use in your games. Please feel free to like, comment and reshare!

Livin on a scare! – Vampire PC’s

Pathfinder and Starfinder on Roll20